STEM to be stumped? 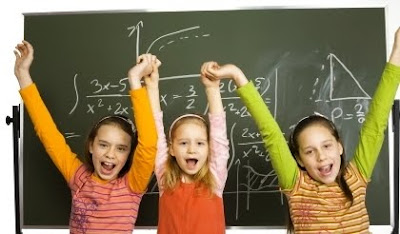 I see no problem with this concept.

"Why Did Orszag Single Out Science Education in Tough Budget Speech?"

ScienceInsider
White House budget director Peter Orszag talked tough yesterday about the Obama Administration's plans to reduce the $1-trillion-plus federal deficit. In doing so, however, he sent a confusing—and possibly chilling—message about the nature of its commitment to training the next generation of researchers and increasing public understanding of science.

Speaking at the Center for American Progress, Orszag said he's asked each federal agency to submit a list of "their bottom 5% performing discretionary programs" as well as "how they would reduce their budgets by 5%." The information will help the president prepare his 2012 budget that will go to Congress in February next year.

Never mind that Congress is moving glacially on the president's 2011 request for the fiscal year that begins on 1 October, which includes billions in proposed cuts that are unlikely to be enacted. Orszag said that this new, gimlet-eyed approach to budgetmaking is necessary because "we cannot afford to waste money on programs that do not work, that are outdated, or that are duplicative."

So far, so good. Nobody wants to waste money. But Orszag immediately followed that sentence with what could only be read as an example of such misguided spending. "Right now," Orszag declared, "there are over 110 funded programs in science, technology, engineering, and mathematics [STEM] education in 14 [federal] departments and agencies. ... This redundancy wastes resources and makes it harder to [achieve the Administration's] goals."

The number of STEM programs is the product of a 2007 review by the Bush Administration that has been updated by Obama's team. But is that stern warning coming from the same Administration that touts "a historic $1 billion commitment to improve math and science achievement among K-12 students, an increase of over 40%" in its 2011 budget? To be sure, the fine print in that request noted that overall spending for STEM education programs would remain essentially level, at $3.7 billion. But in a year when many civilian agencies are facing big cuts, science lobbyists saw the STEM numbers as a sign that the Administration was very supportive of science education.

Has something changed since February? White House spokespersons say no. "This Administration, including OMB [Office of Management and Budget], has called for increased funding for STEM education," explains Rick Weiss of the Office of Science and Technology Policy. "But it is not just about investing more in this area. The idea is to focus increasingly on the programs that are working best and grow those as appropriate." He also notes that the Administration has launched a campaign, labeled "Educate to Innovate," to get the private sector to step up to the plate.

So why did Orszag single out STEM education when listing programs that were wasteful and/or duplicative? OMB's Meg Reilly says that it's part of a broader attempt to understand what programs to keep and what to cancel.

"For 2012, the Administration is working to improve interagency coordination aimed at increasing the effectiveness of federal investments in STEM education," says Reilly. "The OMB budget guidance memo highlights STEM education as one of several areas where we expect to establish an interagency process to develop coordinated budget policies to improve the impact of STEM-related programs. As part of that process, we will involve STEM education experts in the agencies in the review of federal programs to determine which are working well, which could be improved [e.g., by adopting proven practices or better coordination], and which are low-performing that, if phased out, would free up resources that could be used more effectively by higher impact activities."
Posted by Mercury at 6:31 AM