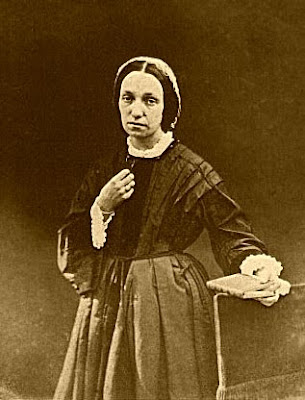 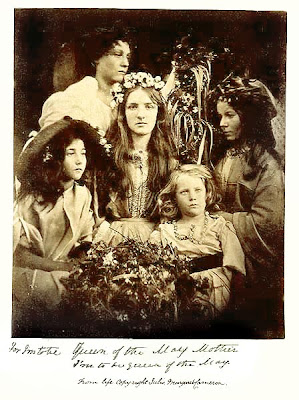 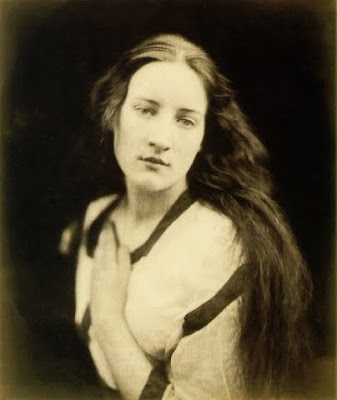 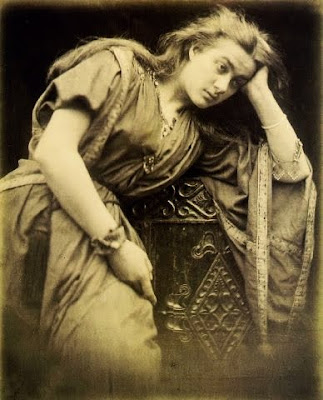 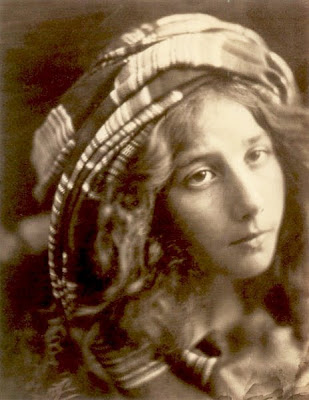 "A Study of the Cenci" 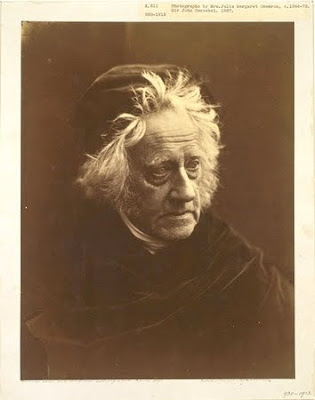 Sir John Herschel (1792-1871) was a life-long friend, adviser and correspondent of Julia Margaret Cameron. She made four portraits of him, all from the same sitting at his home, Collingwood, at Hawkhurst in Kent. Herschel was an important astronomer who also contributed to the early development of photography, coining the terms 'positive', 'negative' and even the word 'photography' itself. He developed the chemical recipe for 'hypo', which stops silver salts reacting with light, thereby fixing the image permanently. Herschel introduced Cameron to photography, and on one of the portraits she wrote: 'My great teacher in this art since he used to correspond with me when in India and sent to me all specimens of the advance of the science'. The opportunity to take Herschel's portrait was a deeply significant moment. In her book Annals of my Glass House (1874) Cameron wrote: 'When I have such men before my camera my whole soul has endeavoured to do its duty towards them in recording faithfully the greatness of the inner as well as the features of the outer man. The photograph thus taken has been almost the embodiment of a prayer. Most devoutly was this feeling present to me when I photographed my illustrious friend, Sir John Herschel. He was to me as a teacher and High Priest. From my earliest girlhood I had loved and honoured him, and it was after a friendship of 31 years duration that the high task of giving his portrait to the nations was allotted to me.'

Cameron's biographer Helmut Gernsheim has written that his was 'probably the most striking face she ever had before her lens, displaying the majesty and energy of genius, softened by age'. To enhance the commercial value of the portrait, Cameron sent Herschel mounts, which he signed for her. 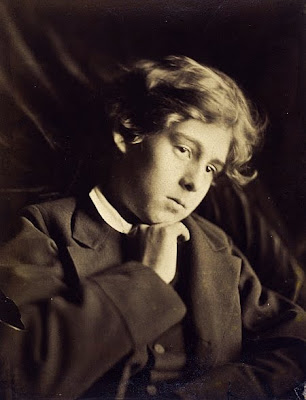 Julia Margaret Cameron, a Victorian photographer, was born June 11, 1815. Born in India, she married a jurist in Calcutta who was much older than she, and when he retired in 1848, they moved to London. In 1860, they visited Alfred Lord Tennyson on the Isle of Wight, fell in love with the place, and purchased an estate on the island. In 1863, when she was 48 years old, Cameron was given a camera, and she immediately took to this relatively new technology and made it a true art form. Cameron is famous for her dramatic portraits, the first to use strong contrasts of light and shadow, and techniques of soft-focus, to produce portraits of real intimacy. She did portraits of many notable figures, such as Tennyson, and Robert Browning, and also several famous scientists. Charles Darwin sat for several portraits when he visited the island in 1868....

After receiving a camera as a gift, Julia Margaret Cameron began her career in photography at the age of forty-eight. She produced the majority of her work from her home at Freshwater on the Isle of Wight. By the coercive force of her eccentric personality, she enlisted everyone around her as models, from family members to domestic servants and local residents.

The wife of a retired jurist, Cameron moved in the highest circles of society in Victorian England. She photographed the intellectuals and leaders within her circle of family and friends, among them the portrait painter George Frederick Watts, the astronomer Sir John Herschel, and the Poet Laureate Alfred, Lord Tennyson. She derived much of her subject inspiration from literature, and her work in turn influenced writers. In addition to literature, she drew her subject matter from the paintings of Raphael, Giotto, and Michelangelo, whose works she knew through prints that circulated widely in late nineteenth-century England. Summing up her influences, Cameron stated her photographic mission thus: "My aspirations are to ennoble Photography and to secure for it the character and uses of High Art by combining the real and Ideal and sacrificing nothing of the Truth by all possible devotion to Poetry and beauty."

Jody Zellen
(Museum of Photographic Arts, San Diego) For My Best Beloved Sister Mia is an exhibition of photographs from a photo album that the Victorian photographer Julia Margaret Cameron began with her sister Mia in 1873. Although Cameron's photographs have been widely seen, this particular album is of great significance in the development of her work. It not only depicts her family and her friends, but also presents images by other photographers working at the time as well as images of paintings and drawings-her artistic influences. The images in this album at one point were disassembled so that the photographs could be sold individually. For this exhibition the images have been reassembled in the sequence of the album so they can been seen as they were originally intended to be viewed.

Cameron was born in Calcutta in 1815. Although educated in France she moved back to India in 1834 when she was nineteen. In 1848 she and her husband moved to England. Cameron was part of a large family, the fourth of ten children, and had a large family of her own. Part of the upper class, Cameron enjoyed a rich life and made the acquaintence of a number of famous people. Her career as a photographer began in 1863 when her husband was away on a trip. To cheer her from her loneliness, her daughter gave her a camera. Cameron began photographing everyone in sight. Because of the newness of photography as a practice, she was free to make her own rules and not be bound to convention. The kinds of images being made at the time did not interest Cameron. She was interested in capturing another kind of photographic truth. Not one dependent on accuracy of sharp detail, but one that depicted the emotional state of her sitter.

Cameron worked with large glass plate negatives. Because she used a negative plate that was large in size, something that was usually used to shoot the landscape, making her images required her sitters to sit still for long periods of time. As this was difficult to do, her images often came out soft and out of focus. Cameron liked the soft focus portraits and the streak marks on her negatives, choosing to work with these irregularites, making them part of her pictures. Although her photographs lacked the sharpness that other photographers at the time aspired towards, they succeeded in conveying the emotional and spiritual aura of the sitter. Cameron's ambition as a photographer was to "secure [for photography] the character and uses of high art by combining real and ideal, and sacrificing nothing of truth by all possible devotion to poetry and beauty."

In 1873 Cameron sent her sister Maria (Mia) Jackson a partially empty photo album, asking her sister to collaborate with her on the project in the years to come by adding images, as she sent them, in the places and the sequence she described. The front part of the album had photographs and portraits Cameron took of her family and friends, both candidly posed as well as acting out staged tableaux. The back half of the album contained images by Cameron's contemporaries like Oscar Gustave Rejlander and Lewis Caroll, as well as numerous photographs of paintings and drawings.

Although at the time Cameron was seen as an unconventional and experimental photographer, her images have a solid place in the history of photography. Her family albums are noteworthy not only as documents of a family history, but they also provide insights into Victorian society. Most of Cameron's photographs are portraits. She used members of her family as sitters and made photographs than concentrated on their faces. She was interested in conveying their natural beauty, often asking female sitters to let down their hair so as to show them in a way that they were not accustomed to presenting themselves. In addition to making stunning and evocative portraits both of male and female subjects, Cameron also staged tableaux and posed her sitters in situations that simulated allegorical paintings.

The Mia Album contained both kinds of images. Amongst the photographs in the album and in the exhibition are some of Cameron's most famous. Included is The Kiss of Peace, a portrait of a mother and child based on the gospel story of the Visitation. In the photograph the child gazes down, while the mother's lips rest casually on her brow. This is a quiet image, one that projects maternal love. Most of Cameron's photographs have a spiritual sensibility, and are peaceful and romantic. The mood is sombre and contemplative. She did not photograph action or care much about backgrounds. It was the essence of the subject that motivated Cameron's photography.

Julia Margaret Cameron
Posted by Mercury at 8:50 AM