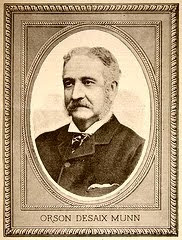 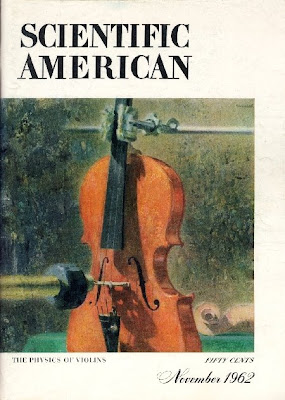 Orson Desaix Munn was publisher of Scientific American. The Munn & Company, formed with Salem H. Wales and editor Alfred Beach, bought the six-month-old Scientific American magazine from Rufus Porter. Together, they built it over the years into a great and unique periodical. Because they published a weekly list of all patents, and dealt with inventions and inventors, their enterprise led to Munn & Co. establishing the Scientific American Patent Agency. This was partially responsible for the rapid growth of the American patent system. In its percentage-peak years around 1860, one-third of all patents issued by the U.S. Patent Office were prosecuted by Munn & Co.

Orson Desaix Munn [Wikipedia]
Posted by Mercury at 9:31 AM