What one sees is not always the truth 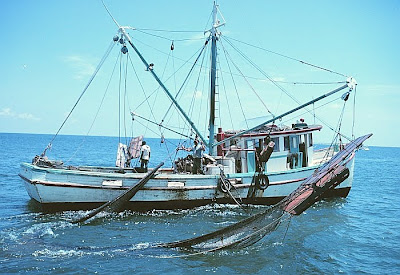 A rush to judgment can be irrational and ulterior in motivation...start finger pointing and possibly glean some bucks from the evil perpetrator.

The New York Times
A National Oceanic and Atmospheric Administration scientist says he believes most of the dead turtles that have been examined since the Gulf of Mexico oil spill died not from the oil or the chemical dispersants put into the water after the disaster, but from being caught in shrimping nets, though further testing may show otherwise.

Dr. Brian Stacy, a veterinary pathologist who specializes in reptiles, said that more than half the turtles dissected so far, most of which were found shortly after the spill, had sediment in their lungs or airways, which indicated they might have been caught in nets and drowned.

“The only plausible scenario where you would have high numbers of animals forcibly submerged would be fishery interaction,” he said. “That is the primary consideration for this event.”

Many times the usual number of turtles have been found stranded this year, but NOAA has cautioned from the beginning that the oil spill is not necessarily to blame.

Shrimp boats are the chief commercial fishing danger for turtles because they tow their nets underwater for long distances, and turtles trapped in them are unable to come up for air. Shrimpers are supposed to equip their nets with turtle excluder devices, which help turtles escape. But environmentalists have complained that some shrimpers disregard the law or do not install the devices properly.

“I’m not surprised at all that shrimp fishing is causing a lot of turtle deaths right now, it happens every year and it’s a chronic problem that the federal government has refused to address,” said Todd Steiner, the executive director of the Turtle Island Restoration Network in Marin County, Calif., which works to protect sea turtles around the world. He said there was not enough enforcement of the law requiring the extruder devices, though turtle deaths spike every year when shrimp season begins.

After a rash of turtle deaths in Texas in April, before the oil spill, NOAA and Texas authorities inspected 10 boats and cited 4 of them for improperly installed devices, according to news reports.

More than half of the 417 dead sea turtles collected since the spill have been found in Mississippi. Full or partial necropsies were conducted on 67 of them in the second week in May. Many were badly decomposed, but of those that could be fully analyzed, more than half had sediment.

Dr. Stacy said tissue from the turtles would still be tested for hydrocarbons and other toxic substances. But he said poisoning would generally leave some turtles alive but sick, whereas the turtles found along the Mississippi coast were all dead. He said that while sediment might enter the airway of a turtle after death, some of the dissected turtles that were recovered in sandy areas had dark, bottom sediment in their airways.

On Monday, the department reduced the maximum tow time for skimmer trawls to 30 minutes from 55 because of an unusually high number of turtles in the area. “The reason for the smaller drag times is to increase the survival rate” for a trapped turtle, Ms. Jones said.
Posted by Mercury at 2:28 PM

while i was living in Mexico in a small village a shrimpers...it was quite common to be invited over for turtle soup dinner...i never accepted...rarely had shrimp either but first hand knowledge the shrimpers are responsible for the damage to the turtle populations....and to that add the Costa Ricans who regularly grab up turtle eggs from the beaches...all in all...humanity is a poor manger of Earth's resources