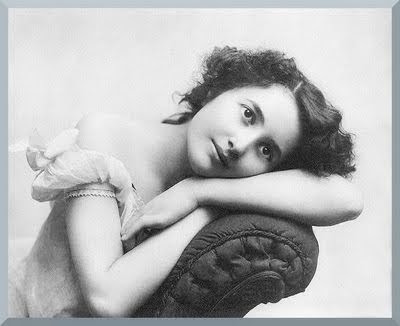 Unfortunately, she is probably deceased. She was my 4th grade teacher who was constantly reprimanding me for "daydreaming"...[about her] and other things...Robin Hood [was he ethical], the planets [was Pluto really a planet?], my lead soldier collection [are they toxic?], or when will my new refractor telescope arrive? So now, "daydreaming" is beneficial.

"Discovering the Virtues of a Wandering Mind"

The New York Times
At long last, the doodling daydreamer is getting some respect.

In the past, daydreaming was often considered a failure of mental discipline, or worse. Freud labeled it infantile and neurotic. Psychology textbooks warned it could lead to psychosis. Neuroscientists complained that the rogue bursts of activity on brain scans kept interfering with their studies of more important mental functions.

But now that researchers have been analyzing those stray thoughts, they’ve found daydreaming to be remarkably common — and often quite useful. A wandering mind can protect you from immediate perils and keep you on course toward long-term goals. Sometimes daydreaming is counterproductive, but sometimes it fosters creativity and helps you solve problems.

Consider, for instance, these three words: eye, gown, basket. Can you think of another word that relates to all three? If not, don’t worry for now. By the time we get back to discussing the scientific significance of this puzzle, the answer might occur to you through the “incubation effect” as your mind wanders from the text of this article — and, yes, your mind is probably going to wander, no matter how brilliant the rest of this column is.

Mind wandering, as psychologists define it, is a subcategory of daydreaming, which is the broad term for all stray thoughts and fantasies, including those moments you deliberately set aside to imagine yourself winning the lottery or accepting the Nobel. But when you’re trying to accomplish one thing and lapse into “task-unrelated thoughts,” that’s mind wandering.

During waking hours, people’s minds seem to wander about 30 percent of the time, according to estimates by psychologists who have interrupted people throughout the day to ask what they’re thinking. If you’re driving down a straight, empty highway, your mind might be wandering three-quarters of the time, according to two of the leading researchers, Jonathan Schooler and Jonathan Smallwood of the University of California, Santa Barbara.

“People assume mind wandering is a bad thing, but if we couldn’t do it during a boring task, life would be horrible,” Dr. Smallwood says. “Imagine if you couldn’t escape mentally from a traffic jam.”

You’d be stuck contemplating the mass of idling cars, a mental exercise that is much less pleasant than dreaming about a beach and much less useful than mulling what to do once you get off the road. There’s an evolutionary advantage to the brain’s system of mind wandering, says Eric Klinger, a psychologist at the University of Minnesota and one of the pioneers of the field.

“While a person is occupied with one task, this system keeps the individual’s larger agenda fresher in mind,” Dr. Klinger writes in the “Handbook of Imagination and Mental Simulation”. “It thus serves as a kind of reminder mechanism, thereby increasing the likelihood that the other goal pursuits will remain intact and not get lost in the shuffle of pursuing many goals.”

Of course, it’s often hard to know which agenda is most evolutionarily adaptive at any moment. If, during a professor’s lecture, students start checking out peers of the opposite sex sitting nearby, are their brains missing out on vital knowledge or working on the more important agenda of finding a mate? Depends on the lecture.

But mind wandering clearly seems to be a dubious strategy, if, for example, you’re tailgating a driver who suddenly brakes. Or, to cite activities that have actually been studied in the laboratory, when you’re sitting by yourself reading “War and Peace” or “Sense and Sensibility.”

If your mind is elsewhere while your eyes are scanning Tolstoy’s or Austen’s words, you’re wasting your own time. You’d be better off putting down the book and doing something more enjoyable or productive than “mindless reading,” as researchers call it.

Yet when people sit down in a laboratory with nothing on the agenda except to read a novel and report whenever their mind wanders, in the course of a half hour they typically report one to three episodes. And those are just the lapses they themselves notice, thanks to their wandering brains being in a state of “meta-awareness,” as it’s called by Dr. Schooler,

He, and other researchers have also studied the many other occasions when readers aren’t aware of their own wandering minds, a condition known in the psychological literature as “zoning out.” (For once, a good bit of technical jargon.) When experimenters sporadically interrupted people reading to ask if their minds were on the text at that moment, about 10 percent of the time people replied that their thoughts were elsewhere — but they hadn’t been aware of the wandering until being asked about it.

“It’s daunting to think that we’re slipping in and out so frequently and we never notice that we were gone,” Dr. Schooler says. “We have this intuition that the one thing we should know is what’s going on in our minds: I think, therefore I am. It’s the last bastion of what we know, and yet we don’t even know that so well.”

The frequency of zoning out more than doubled in reading experiments involving smokers who craved a cigarette and in people who were given a vodka cocktail before taking on “War and Peace.” Besides increasing the amount of mind wandering, the people made alcohol less likely to notice when their minds wandered from Tolstoy’s text.

In another reading experiment, researchers mangled a series of consecutive sentences by switching the position of two of nouns in each one — the way that “alcohol” and “people” were switched in the last sentence of the previous paragraph. In the laboratory experiment, even though the readers were told to look for sections of gibberish somewhere in the story, only half of them spotted it right away. The rest typically read right through the first mangled sentence and kept going through several more before noticing anything amiss.

To measure mind wandering more directly, Dr. Schooler and two psychologists at the University of Pittsburgh, Erik D. Reichle and Andrew Reineberg, used a machine that tracked the movements of people’s eyes while reading “Sense and Sensibility” on a computer screen. It’s probably just as well that Jane Austen is not around to see the experiment’s results, which are to appear in a forthcoming issue of Psychological Science.

By comparing the eye movements with the prose on the screen, the experimenters could tell if someone was slowing to understand complex phrases or simply scanning without comprehension. They found that when people’s mind wandered, the episode could last as long as two minutes.

Where exactly does the mind go during those moments? By observing people at rest during brain scans, neuroscientists have identified a “default network” that is active when people’s minds are especially free to wander. When people do take up a task, the brain’s executive network lights up to issue commands, and the default network is often suppressed.

But during some episodes of mind wandering, both networks are firing simultaneously, according to a study led by Kalina Christoff of the University of British Columbia. Why both networks are active is up for debate. One school theorizes that the executive network is working to control the stray thoughts and put the mind back on task.

Another school of psychologists, which includes the Santa Barbara researchers, theorizes that both networks are working on agendas beyond the immediate task. That theory could help explain why studies have found that people prone to mind wandering also score higher on tests of creativity, like the word-association puzzle mentioned earlier. Perhaps, by putting both of the brain networks to work simultaneously, these people are more likely to realize that the word that relates to eye, gown and basket is ball, as in eyeball, ball gown and basketball.

To encourage this creative process, Dr. Schooler says, it may help if you go jogging, take a walk, do some knitting or just sit around doodling, because relatively undemanding tasks seem to free your mind to wander productively. But you also want to be able to catch yourself at the Eureka moment.

“For creativity you need your mind to wander,” Dr. Schooler says, “but you also need to be able to notice that you’re mind wandering and catch the idea when you have it. If Archimedes had come up with a solution in the bathtub but didn’t notice he’d had the idea, what good would it have done him?”
Posted by Mercury at 10:18 AM