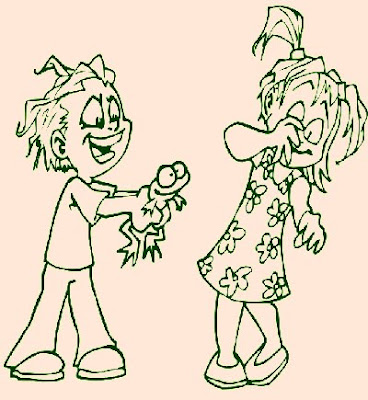 And... we wish to travel in space and mingle with aliens?...not with this human disposition.

BBC News
This Sunday (13 June) has been designated "Eve Teasing Protection Day" by the education ministry in Bangladesh.

The announcement reflects increasing concern over the worrying number of girls and women who have recently committed suicide in the country to escape "Eve teasing", a euphemism for sexual harassment.

Figures released by the Ain-O-Shalish Kendra (ASK) human rights organisation reveal that 14 girls and women have taken their own lives over the past four months across the country as a direct result of the insults.

In addition, a father and a daughter also committed suicide together - in an incident blamed by the authorities on "Eve teasing". Police say three men who publicly protested against the harassment have been killed over the past 12 weeks.
'Very frightening'

Critics argue that laws which should prohibit sexual harassment are so poorly drafted that victims get virtually no help from the law enforcement agencies. Families of the victims are left feeling hopeless and helpless.

"Some victims find suicide is the only avenue that enables them to escape this social pandemic," said Sultana Kamal, executive director of ASK.

"The situation is very frightening. The suicides of 14 girls are an alarming sign of the times. If it is not controlled, we women can no longer live in society with any dignity."

The tragic story of 13-year-old Nashfia Akhand Pinky - known as Pinky - shows just how damaging "Eve teasing" can be.

Pinky was a ninth-grade student of a school only half a kilometre away from where she lived with her uncle in central Dhaka.

On her way to school, she was stalked by her 22-year-old male neighbour and some of his friends who, according to her family, persisted with "ribald comments, smutty jokes, coarse laughter, sly whistles and even indecent exposure".

The neighbour is alleged to have been stalking her for several months.

On 19 January, she went out of her house to buy some medicine for a niggling hand injury.

The neighbour and his friends blocked her way and made suggestive remarks. She became angry and protested.

After that, he became more aggressive and bombarded her with crude language, pulling off her scarf and slapping her face.

Pinky fell down on the street under a barrage of blows. Some neighbours apparently saw the incident yet did not try to stop it or protest against it.

"She could not tolerate the insult of it," he said, "so she hanged herself with a sari scarf tied to a ceiling fan in her drawing room.

"Pinky informed me around 15 days before her suicide about the stalking by the neighbour. I tried to warn him off but he became more predatory," Mr Akhand said.

His version of events seems to be borne out by a note Pinky wrote just before the suicide.

"When [my tormentor] pulled my scarf and harassed me physically in front of the house, onlookers at the scene laughed. Nobody protested. None of my family members are responsible for my suicide."

Bangladesh police chief Nur Mohammad said that Pinky's case - and others like them - were a cause for "grave concern". He said harassment was a problem that urgently needed to be sorted out.

Education Minister Nurul Islam Nahid said female students and female teachers are at present not safe on streets or in schools.

"That is no exaggeration. In some places, schools have been shut down and exams delayed because of the problems caused by Eve teasing stalkers.

"Those who are teased do not like to go to school and sometimes guardians do not allow them to go to school for their safety and honour. So the drop-out rate of female students in many schools is increasing," Mr Nahid said.

"Another negative manifestation of the problem is the tendency of parents to push underage daughters into early marriages so that they can escape Eve teasing. Parents think that if their daughter has a husband, they will be saved from the dangers.

"It has become a vicious cycle."
Posted by Mercury at 7:53 AM