Just how far reaching should BP be responsible? 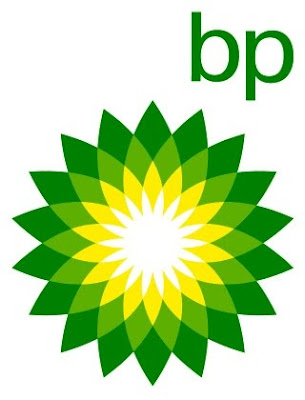 Without a doubt BP is responsible for the environmental cleanup and subject to legal actions regarding oil rig safety and cushy relations with the Federal Government, but just how responsible is BP regarding individual claims of revenue? Where is it written that entitlement for lost income [a means of livelihood] is due? Initial response is certainly one of frustration and anger...and "someone must pay" for disrupting my way of life. Have not there been other incidents of destruction and a break with the normal means of making a living? Life is risky and bad things do happen. Will a BP check really make a difference?

USA TODAY
Vicky Townley is waiting to hear whether BP will compensate her for tip income she says she's lost because of the Gulf of Mexico oil spill.

"Things are so slow we're basically living from paycheck to paycheck, which is not very much," said Townley, a bartender in Gulf Shores, Ala., who filed her lost-wages claim three weeks ago.

Before the spill, she said, she earned $60 a day in tips during the summer months, which helped in the long slog to rebound from Hurricane Katrina in 2005.

"Things were just starting to pick up," she said. "Then the recession, then the oil. What next?"

Maids, bartenders, hotel clerks, souvenir vendors and other workers dependent on the tourism industry "have been and will be devastated," said Jimmie Fry, executive director of Legal Services in Montgomery, Ala.

"There is an urgency among our clients not to preserve a business, but oftentimes to buy groceries," Fry said. "Our clients are the people who are marginalized in the best of times."

Legal service and human rights groups from Louisiana, Alabama, Mississippi and Florida are urging the administration and BP officials to include them in discussions about how to help workers on the spill's periphery whose needs might otherwise be ignored.

Many of those workers don't have cash reserves and live in communities where there are few other jobs.

"For them, the impact of the oil spill is just as direct," said Cindy Huddleston, a staff attorney with Florida Legal Services. "No one is saying they're going to be protected in the BP claims process."

Advocates for low-income workers also are asking lawyers to offer free legal assistance to workers filing claims with BP, which operated the offshore rig that exploded and sank April 20. And they're hosting community meetings with BP and others to explain how to navigate the claims process.

BP officials have set up claims offices in Mississippi, Alabama and Louisiana and said they've paid 73,300 claims worth $123 million. The company also has agreed to set up a $20 billion fund to cover future demands for compensation.

"We've always said we would pay any legitimate claims," company spokesman Mark Salt said. "We are very open if people want to come in and talk."

Alfred Sunseri, president of P&J Oyster in New Orleans, said the oil spill forced him to lay off 11 oyster shuckers at the 134-year-old family business.

"It was terrible," Sunseri said. "We grew up together ... They're like my family."

Sunseri said he checks regularly with the laid-off workers to make sure they've filed claims with BP, and is helping them find temporary jobs. But that's been difficult, because many have been shuckers for decades.

Townley, 45, who moved to Gulf Shores from Birmingham, Ala., with her daughter 13 years ago, said the oil spill "destroyed everything I came down here for." She said she's cleaning houses and house-sitting to boost her income.

"It's getting harder and harder," Townley said. "They're paying the big companies, but the little people just get in line."

Like Townley and other Gulf Coast residents, Vietnamese-American fishermen also were struggling to rebound from Hurricane Katrina when the oil spill began.

"You have Katrina fatigue and then you have this right on top of it — it's a double whammy," said James Bui, who works with Vietnamese communities in Alabama, Louisiana and Mississippi.

BP and administration officials need to understand that such communities are slower to ask for help, say Bui and other advocates for low-income Gulf Coast residents.

Ri Nguyen, 44, a shrimper for 25 years in Biloxi, Miss., said he's received two $5,000 payments from BP for lost wages, which he said is nowhere near what he would have earned catching shrimp. BP also has hired him to report sightings of oil washing ashore.

"I hope the seafood (industry) comes back," said Nguyen, the father of a 10-month old. "I'm worried about the future. Can we go back to the work that we know?"
Posted by Mercury at 6:23 AM