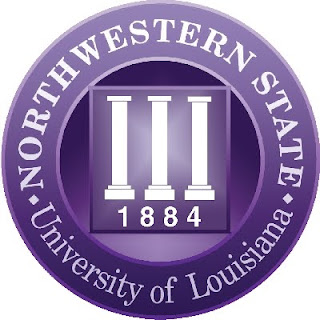 Leesville Daily Leader
Northwestern State University received approval for an extensive academic reorganization from the Board of Supervisors for the University of Louisiana System to help curtail operating costs in the wake of substantial reductions in state funding.
Under the proposal, Northwestern would eliminate eight bachelor’s degree programs, one master’s degree offering, 12 academic minors and five concentrations in baccalaureate degree programs.

Northwestern President Dr. Randall J. Webb said students will be able to continue studies in many of the academic areas in which specific degree programs are being eliminated because of the consolidation of those programs with other academic offerings.

The proposal for academic reorganization comes after a comprehensive review of academic programs that began in July of 2009 and continued through March of 2010, Webb said. The university’s Program Review Committee was comprised of representatives from each academic college and the NSU Faculty Senate.

All academic programs were reviewed in the process that involved faculty and staff from all levels, the Northwestern president stated, and a campus forum was held in the spring semester to inform students about the program review.

Webb said proposals to eliminate or consolidate programs were based on “costs, efficiency, completion rates, semester credit hour production, ties to the University Core Curriculum, enrollment and other pertinent factors.” He added that annual reviews of remaining academic programs “will be conducted to evaluate retention, student success, recruitment and the overall effectiveness of the programs.”

Academic reorganization was necessary, Webb said, because of $9.7 million in state budget cuts over the past 18 months and projections of additional reductions in state funding of up to $10 million during the next year. State allocations to the university have been cut by 19.5 percent since July of 2008.

Northwestern has eliminated 160 positions through layoffs and abolishing vacant positions since the 2007-08 fiscal year, reducing the size of the faculty and staff from more than 960 positions to just over 800.

The academic realignment plan submitted to the board this week will result in the elimination of an additional 21 positions by the end of the new fiscal year beginning July 1. The positions of three academic deans, four department heads or directors and three program coordinators will be abolished.

Webb said program elimination and other aspects of academic reorganization will result in cost savings of approximately $2.5 million. The 160 positions that were previously abolished “reduced personnel costs by some $5 million,” Webb stated.

The proposal to eliminate academic programs must also be approved by the Louisiana Board of Regents.