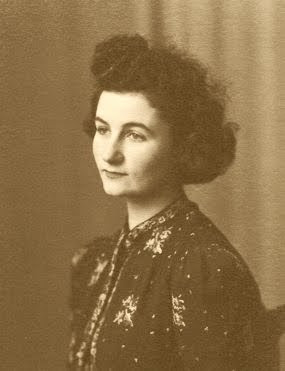 "Pioneer in field of mathematical physics"

The Irish Times
SHEILA TINNEY, who has died aged 92, was a pioneering academic in the field of mathematical physics. She was born in Galway in 1918, the fourth of six children.

Her father, Michael Power, was professor of mathematics at UCG. Her mother, Christina (née Cunniffe), died in childbirth when Sheila was 12. One of Sheila’s fondest memories was of her mother playing the piano at home, and she became an accomplished pianist herself, in turn inspiring her own children to learn to play.

She was educated by the Dominican nuns at Taylor’s Hill and Cabra. In an era when “arithmetic – girls only” was a subject for the Intermediate Certificate – only eight girls (126 boys) got honours in mathematics in the Leaving Certificate in 1935 – it was a trailblazing step to opt for mathematical science at university. But she did, and was awarded a BA in 1938 at UCD, with first-class honours and first place.

In 1939 she gained the MA degree, also with first-class honours, and went straight to the University of Edinburgh on an NUI travelling studentship prize.

There, she carried out research under the direction of Nobel laureate Max Born. She was awarded a PhD in 1941 for her work on the stability of crystals.

She was appointed to the staff of University College Dublin as an assistant lecturer in 1941, at the age of 23, and became a statutory lecturer in 1945. In her early years on the staff, she was also an honorary scholar at the Dublin Institute for Advanced Studies.

She was granted a fellowship to the Institute for Advanced Study at Princeton in 1948 and given leave of absence from UCD to spend the year there. Einstein was still a professor, and Oppenheimer was director. Freeman Dyson was among her fellow researchers, and she also came into contact with other prominent physicists such as Richard Feynman.

She published papers – some alone, others with the collaboration or advice of such great figures as Schrödinger, Yukawa (both Nobel laureates) and Heitler – on a wide range of topics including crystal lattices, wave mechanics, quantum electrodynamics, cosmic radiation and meson theory.

She was one of the first four women elected to membership of the Royal Irish Academy in 1949. The academy had sought legal advice in 1931 about admitting female members and had been advised that there was no bar to this. However, none were admitted before these four – the others being Phyllis Clinch, botanist; Eleanor Knott, Irish scholar; and Françoise Henry, art historian and archaeologist. Sheila Tinney served on the Academy Council in 1975-1976.

If the distinguished AW Conway, who had contributed significantly to the understanding of atomic spectrums, represented the “old” quantum theory at UCD, Sheila introduced the “new” quantum mechanics to her students.

Schrödinger described her as “among the best equipped and most successful of the younger generation of theoretical physicists in this country”. She taught many brilliant students, perhaps the most outstanding of whom was Lochlainn Ó Raifeartaigh, who became renowned for his work in particle theory. When she first joined the staff at UCD there was a very substantial teaching load.

Many departments had just, as the saying went, “a man and a boy” – a professor and an assistant lecturer. As well as carrying out her research, and teaching honours-degree students in mathematical science, she also taught the first-year engineering students for many years. This was a very large class, famed for its high spirits.

Esteem for her did not impede their exploits, some of which are still retold. There was the day when she swept, heavily pregnant, into the lecture theatre to find a small bottle of whiskey – a baby Power – placed on her desk.

On another occasion, a problem that she was solving at the blackboard was not working out, and she thought that the diagram was at fault. About to erase it, she paused with duster in hand, and said “No . . . no . . . my figure is quite all right,” at which a huge roar of agreement shook the room.

She was appointed associate professor of mathematical physics (quantum theory) in 1966. While UCD had a number of women professors, this did not mean the passage of female academics was easy, and she gained a reputation for helping younger female colleagues who were trying to develop their careers.

One professor emeritus recalls the sympathy she received when, early in her career, she was passed over for promotion for a second time in favour of a younger, and demonstrably less academically qualified, male colleague.

“Keep that big smile on your face,” counselled Tinney, “put your head down and write another book.”

This mixture of sincere sympathy and sound advice provided the spur that set her on the road to a professorship.

Tinney regarded exercise as intrinsic to life. She enjoyed the sociability of hill-walking, and more strenuous sports such as skiing and horse riding, and pursued them all wherever she happened to be. From all this, the only injury she regarded as significant was a concussion sustained when thrown by a horse which reared after disturbing a rattlesnake in the countryside near Princeton.

She had a deep love of music and of literature, both of which she shared with her husband Seán – one of those former engineering students – whom she married in 1952. They had three children, and at that stage she replaced skiing and riding with tennis and golf.

In 1978, she decided to pass on the baton and retire at 60, following 37 years of teaching. An active and varied retirement was blighted by the onset of Alzheimer’s, which was diagnosed in 1994.

This forced her gradual withdrawal into the privacy of family life, and eventually to the Molyneux Home, where she spent the last nine years of her life. She died peacefully there. She was predeceased by her husband Seán in 2003.

Any account of Sheila Tinney’s life would be incomplete if it did not say that she was an exceptionally beautiful and charming woman. She is survived by her three children, Deirdre, Ethna and Hugh, and by her grandchildren.
Posted by Mercury at 6:07 AM