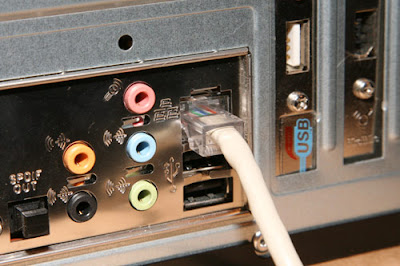 Do you get the feeling that eventually the consumer will get screwed?

BBC NEWS
The stage has been set for what many predict will be an ugly fight over broadband plans for US citizens.

The Federal Communications Commission has taken the first formal steps towards tougher rules for broadband.

It asked for public comment on three different plans, igniting an expensive lobbying campaign by all sides.

The looming battle follows a court ruling questioning the FCC's right to regulate internet service providers after one throttled traffic to users.

That court ruling dealt a major blow to a central plank of the FCC's broadband plan called net neutrality which demands that all data traffic be treated equally.

The five commissioners on the FCC board were split 3-2 in putting out for public comment proposals on new regulations for the broadband industry.

One of the three plans the public is being asked to comment on, and which is favoured by FCC chairman Julius Genachowski, is called the "third way".

This would involve reclassifying broadband so it went from being a lightly regulated service to one with more vigorous oversight.

In return for this tightening up, Mr Genachowski has proposed the new classification would not regulate on how much people pay for their broadband. It would also shy away from overseeing internet content, services, applications or electronic commerce sites.

The other two options include leaving the existing regulatory framework in place or imposing the full force of stricter regulations.

ISPs, such as Comcast, AT&T and Verizon, prefer the status quo and have come out against the "third way" proposal.

"This is impossible to justify on either a policy or legal basis and we remain confident that if the FCC persists in its course - and we truly hope it does not - the courts will surely overturn their action," said Jim Cicconi, AT&T's senior executive vice president for external and legislative affairs.

Verizon said the FCC's move was "a terrible idea".

By contrast, web giants such as Google and Amazon extol the value of free-flowing web traffic and an open internet.

"Broadband infrastructure is too important to be left outside of any oversight," said Richard Whitt, Google's telecom and media counsel in a blog posting.

The political dynamics of the FCC board, two Republicans and three Democrats, imply that the "third way" looks almost certain to be the plan it adopts.

Some suspect this will provoke more lobbying and may draw legal challenges.

"There is a very big fight brewing and it's the carriers versus everybody else," said Erik Sherman, analyst with BNET.com, part of CBS's digital business network.

"There is little doubt it's going to be a right data Donnybrook and I am not sure the consumers are winners in any circumstances. These companies are not fighting for the little guy. They are fighting for themselves and higher profit margins."

That view was echoed by Public Knowledge, a Washington based public advocacy group.

"It's a tough road ahead and the telcos are going to fight this to the death," communications director Art Brodsky told BBC News.

"AT&T in the first quarter of this year spent $6m on lobbying. That is one company. One quarter. Compare that to Google which spent $4m in the whole of last year."

The Computer and Communications Industry Association said the "third way" option is the only realistic option.

A research paper released ahead of the FCC vote warned that net neutrality rules could cost hundreds of thousands of jobs in the USA .

The report argued that a 10% reduction in investment by broadband providers would cost more than 500,000 jobs before 2015.

"These regulations severely restrict the ability of network companies to manage their own network traffic, what technology and what techniques they will use to get a robust service and will close off important new business models in this new world we live in," Bret Swanson, president of technology research firm Entropy Economics told the BBC.
Posted by Mercury at 5:12 PM