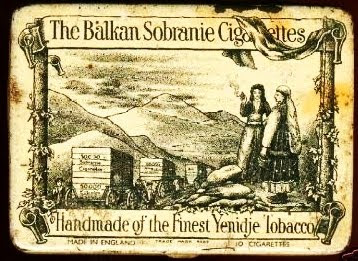 Okay, start taxing fast food restaurants, soda pop beverages...a Quarter Pounder could be $20 and a can of Pepsi could be $5. "Sin Tax" gone crazy.

The New York Times
New Yorkers who like to smoke will have to dig a little deeper to light up next month, after the Legislature passed a bill on Monday that will give the state the highest cigarette taxes in the country.

The new law, part of an emergency budget measure to keep the government running, adds another $1.60 in state taxes to every cigarette pack sold starting on July 1, pushing the average price of a pack to about $9.20.

The average price in New York City, which imposes its own cigarette taxes, will be even higher, nearly $11 a pack.

Those who prefer other tobacco products will also be forced to pay significantly more.

The tax on smokeless tobacco will more than double, to $2 an ounce from 96 cents an ounce, starting on Aug. 1. And the wholesale tax on cigars, dips and other kinds of tobacco will rise to 75 percent from 46 percent .

And in what may be the legislation’s most controversial provisions, starting on Sept. 1, the state will begin collecting — or try to collect — taxes on cigarettes sold on Indian reservations to off-reservation visitors, an issue that led to violent protests during the early 1990s.

One Indian chief has said that trying to collect taxes would be considered an act of war.

Gov. David A. Paterson had proposed a smaller increase of $1 a pack in his executive budget proposal, saying it would forestall deeper cuts to state health care spending. But with the state budget now nearly three months overdue, Mr. Paterson and leaders of the Legislature agreed to insert the revised proposal into a pair of emergency bills to finance a week’s worth of government operations, putting pressure on lawmakers to support or risk a government shutdown.

The taxes will provide $440 million in revenue for health care programs, including subsidies for AIDS drugs, money for tobacco cessation programs and $71.6 million for the state cancer research center in Buffalo.

In the Senate, where Republicans and many rank-and-file Democrats had opposed the tax increase, the bill including the higher taxes passed narrowly along party lines, with all 32 Democrats voting yes and all 29 Republicans present voting no.

As for the other emergency bill, which included only appropriations, one Republican, Roy J. McDonald, joined the Democrats in voting yes.

The two bills also passed with only a few votes to spare in the Assembly, where Republicans assailed their Democratic colleagues.

“You’ve never met a tax you didn’t like,” Assemblyman Jim Hayes, a Republican from the Buffalo area, said to Democrats. “The governor proposed a buck. You hiked it to a buck-sixty!”

But Democrats said that the bill would provide needed revenue and begin closing a legal loophole that let New Yorkers buy cigarettes tax-free on reservations, undercutting other retailers.

“Because of the step we took in the Senate today, New York State will now have the added muscle it needs to collect this vital source of tax revenue in full and on time,” said Jeffrey D. Klein, a Democrat from Westchester County and the Bronx who had pushed separate legislation enabling the collection of cigarette taxes from reservations.

Higher cigarette taxes have been hailed by health advocates who say they will persuade many smokers to give up their habit. But critics, including tobacco retailers, said they would drive more customers to the black market.

It was the 12th emergency bill approved since the state’s fiscal year began on April 1. Mr. Paterson has pledged that if the Legislature fails to reach a budget agreement by next Monday, when the next emergency bill is due, he will insert the remainder of his budget proposal into that legislation.

Reflecting the secrecy of the negotiations between Mr. Paterson and the Democratic majorities in the Senate and Assembly, Republican senators repeatedly pressed Democrats during a floor debate to explain how they would make up the rest of the gap — roughly $3.65 billion, according to Senate Democrats. They also accused Democrats of negotiating the budget piecemeal to hide the true cost of their budget priorities and lay the groundwork to claim that only new borrowing or higher income taxes could bring the budget into balance.

“I just don’t see how this process is going to result in anything other than taxes and fees and borrowing,” said John A. DeFrancisco, the Senate Finance Committee’s ranking Republican member. “This is not a way to run state government.”

The Senate also appeared poised on Monday night to approve a series of other budget bills introduced by Mr. Paterson last week and approved by the Assembly on Friday. Those bills involve spending for the criminal justice system, general government operations, the Transportation Department and state economic development efforts.

Officials said those bills closed about $1 billion worth of the state’s budget gap of more than $9 billion for this year, achieved through a mix of cuts, new revenue and consolidations.

One of the largest cuts would result in New York City’s losing its entire allotment of direct state aid, about $302 million. The bills would also close two upstate prisons, while the State Police would delay, for the second year in a row, training a new class of recruits.

The bills also include what are known as “sweeps,” where lawmakers in effect take money out of accounts that aren’t technically part of the state’s budget. For example, the legislation will transfer $65 million from the New York Power Authority into the state’s general fund.
Posted by Mercury at 4:55 AM