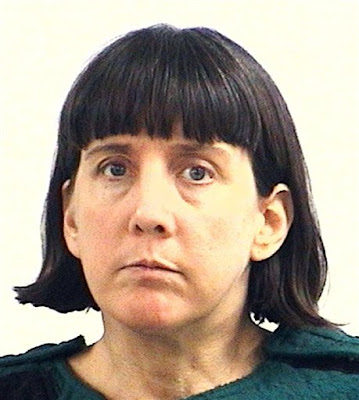 Associated Press
A biology professor charged with killing three of her colleagues at an Alabama university has been indicted in the 1986 shooting death of her brother in Massachusetts, prosecutors announced Wednesday.

Authorities had originally ruled that the shooting of Amy Bishop's brother was an accident, but they reopened the case after Bishop was charged in February with gunning down six of her colleagues at the University of Alabama-Huntsville, killing three.

Bishop, 45, is charged with first-degree murder in the death of her 18-year-old brother, Seth, Norfolk District Attorney William Keating said.

Keating said he did not understand why charges were never brought against Bishop.

Bishop had told police who investigated her brother's death that she accidentally shot him while trying to unload her father's 12-gauge shotgun in the family's Braintree home. Her mother, Judith, the only witness to the shooting, confirmed her daughter's account to police.

But after Bishop was charged in the Alabama shootings, authorities began reinvestigating Seth Bishop's death.

U.S. Rep. William Delahunt, who was then the Norfolk County district attorney, said that Braintree police never told anyone in his office that after Bishop shot her brother, she tried to commandeer a getaway car at gunpoint at a local car dealership, then refused to drop her gun until officers ordered her to do so repeatedly. Those events were described in Braintree police reports but not in a report written by a state police detective assigned to the district attorney's office.

Investigators looking at an old crime scene photo from her brother's shooting discovered a newspaper article about the 1986 killings of actor Patrick Duffy's parents. The clipping, which was in Bishop's bedroom, described how a teenager shot the ''Dallas'' star's parents with a 12-gauge shotgun and stole a getaway car from an auto dealership.

Keating ordered an inquest, which was held in April. Nineteen witnesses, including Bishop's parents, testified before Quincy District Court Judge Mark Coven during the closed-door inquest. A grand jury heard evidence this month.

Delahunt's first assistant district attorney, John Kivlan, said the inquest was important to consider evidence, including the newspaper clipping, that he did not have in 1986.

''Had this and other evidence been reported to the District Attorney's Office at the time, it would obviously have been presented to a Grand Jury and an indictment for intentional homicide, or murder, could have resulted at that time,'' Kivlan said in a statement released Wednesday by Delahunt's congressional office.

An attorney representing Amy Bishop in the Alabama shootings, Roy Miller, had no immediate comment on the Massachusetts charges. Miller has indicated he is considering an insanity defense for Bishop.

Enter "Amy Bishop" in the search engine for more articles.
Posted by Mercury at 5:24 PM