Riches in a devistated country 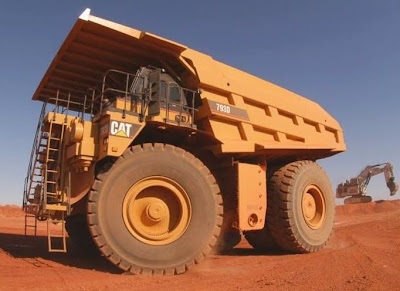 You can bet the USA will be there demanding their pound of flesh.

"Afghanistan Strikes It Rich With Lithium"

Slate
Finally, some good news for the Afghan economy and potentially for the American war effort. The New York Times reports that the United States has discovered $1 trillion in untapped mineral deposits that could turn the war-torn desert nation into one of the world’s biggest mining centers. Included are huge reserves of lithium, which is critical to producing modern devices like laptops and BlackBerrys. That means jobs, offering alternatives to opium cultivation. “This will become the backbone of the Afghan economy,” says an adviser to the Afghan minister of mines. But the discovery also presents problems: The Taliban is likely to redouble its efforts in the region, the money could simply worsen corruption and enrich Karzai’s inner circle, and China may try to dominate development.

The New York Times
The United States has discovered nearly $1 trillion in untapped mineral deposits in Afghanistan, far beyond any previously known reserves and enough to fundamentally alter the Afghan economy and perhaps the Afghan war itself, according to senior American government officials.

The previously unknown deposits — including huge veins of iron, copper, cobalt, gold and critical industrial metals like lithium — are so big and include so many minerals that are essential to modern industry that Afghanistan could eventually be transformed into one of the most important mining centers in the world, the United States officials believe.

An internal Pentagon memo, for example, states that Afghanistan could become the “Saudi Arabia of lithium,” a key raw material in the manufacture of batteries for laptops and BlackBerrys.

The vast scale of Afghanistan’s mineral wealth was discovered by a small team of Pentagon officials and American geologists. The Afghan government and President Hamid Karzai were recently briefed, American officials said.

While it could take many years to develop a mining industry, the potential is so great that officials and executives in the industry believe it could attract heavy investment even before mines are profitable, providing the possibility of jobs that could distract from generations of war.

“There is stunning potential here,” Gen. David H. Petraeus, commander of the United States Central Command, said in an interview on Saturday. “There are a lot of ifs, of course, but I think potentially it is hugely significant.”

The value of the newly discovered mineral deposits dwarfs the size of Afghanistan’s existing war-bedraggled economy, which is based largely on opium production and narcotics trafficking as well as aid from the United States and other industrialized countries. Afghanistan’s gross domestic product is only about $12 billion.

“This will become the backbone of the Afghan economy,” said Jalil Jumriany, an adviser to the Afghan minister of mines.

American and Afghan officials agreed to discuss the mineral discoveries at a difficult moment in the war in Afghanistan. The American-led offensive in Marja in southern Afghanistan has achieved only limited gains. Meanwhile, charges of corruption and favoritism continue to plague the Karzai government, and Mr. Karzai seems increasingly embittered toward the White House.

So the Obama administration is hungry for some positive news to come out of Afghanistan. Yet the American officials also recognize that the mineral discoveries will almost certainly have a double-edged impact.

Instead of bringing peace, the newfound mineral wealth could lead the Taliban to battle even more fiercely to regain control of the country.

The corruption that is already rampant in the Karzai government could also be amplified by the new wealth, particularly if a handful of well-connected oligarchs, some with personal ties to the president, gain control of the resources. Just last year, Afghanistan’s minister of mines was accused by American officials of accepting a $30 million bribe to award China the rights to develop its copper mine. The minister has since been replaced.

Endless fights could erupt between the central government in Kabul and provincial and tribal leaders in mineral-rich districts. Afghanistan has a national mining law, written with the help of advisers from the World Bank, but it has never faced a serious challenge.

“No one has tested that law; no one knows how it will stand up in a fight between the central government and the provinces,” observed Paul A. Brinkley, deputy undersecretary of defense for business and leader of the Pentagon team that discovered the deposits.

At the same time, American officials fear resource-hungry China will try to dominate the development of Afghanistan’s mineral wealth, which could upset the United States, given its heavy investment in the region. After winning the bid for its Aynak copper mine in Logar Province, China clearly wants more, American officials said.

Another complication is that because Afghanistan has never had much heavy industry before, it has little or no history of environmental protection either. “The big question is, can this be developed in a responsible way, in a way that is environmentally and socially responsible?” Mr. Brinkley said. “No one knows how this will work.”

With virtually no mining industry or infrastructure in place today, it will take decades for Afghanistan to exploit its mineral wealth fully. “This is a country that has no mining culture,” said Jack Medlin, a geologist in the United States Geological Survey’s international affairs program. “They’ve had some small artisanal mines, but now there could be some very, very large mines that will require more than just a gold pan.”

The mineral deposits are scattered throughout the country, including in the southern and eastern regions along the border with Pakistan that have had some of the most intense combat in the American-led war against the Taliban insurgency.

The Pentagon task force has already started trying to help the Afghans set up a system to deal with mineral development. International accounting firms that have expertise in mining contracts have been hired to consult with the Afghan Ministry of Mines, and technical data is being prepared to turn over to multinational mining companies and other potential foreign investors. The Pentagon is helping Afghan officials arrange to start seeking bids on mineral rights by next fall, officials said.

“The Ministry of Mines is not ready to handle this,” Mr. Brinkley said. “We are trying to help them get ready.”

Like much of the recent history of the country, the story of the discovery of Afghanistan’s mineral wealth is one of missed opportunities and the distractions of war.

In 2004, American geologists, sent to Afghanistan as part of a broader reconstruction effort, stumbled across an intriguing series of old charts and data at the library of the Afghan Geological Survey in Kabul that hinted at major mineral deposits in the country. They soon learned that the data had been collected by Soviet mining experts during the Soviet occupation of Afghanistan in the 1980s, but cast aside when the Soviets withdrew in 1989.

During the chaos of the 1990s, when Afghanistan was mired in civil war and later ruled by the Taliban, a small group of Afghan geologists protected the charts by taking them home, and returned them to the Geological Survey’s library only after the American invasion and the ouster of the Taliban in 2001.

“There were maps, but the development did not take place, because you had 30 to 35 years of war,” said Ahmad Hujabre, an Afghan engineer who worked for the Ministry of Mines in the 1970s.

Armed with the old Russian charts, the United States Geological Survey began a series of aerial surveys of Afghanistan’s mineral resources in 2006, using advanced gravity and magnetic measuring equipment attached to an old Navy Orion P-3 aircraft that flew over about 70 percent of the country.

The data from those flights was so promising that in 2007, the geologists returned for an even more sophisticated study, using an old British bomber equipped with instruments that offered a three-dimensional profile of mineral deposits below the earth’s surface. It was the most comprehensive geologic survey of Afghanistan ever conducted.

The handful of American geologists who pored over the new data said the results were astonishing.

But the results gathered dust for two more years, ignored by officials in both the American and Afghan governments. In 2009, a Pentagon task force that had created business development programs in Iraq was transferred to Afghanistan, and came upon the geological data. Until then, no one besides the geologists had bothered to look at the information — and no one had sought to translate the technical data to measure the potential economic value of the mineral deposits.

So far, the biggest mineral deposits discovered are of iron and copper, and the quantities are large enough to make Afghanistan a major world producer of both, United States officials said. Other finds include large deposits of niobium, a soft metal used in producing superconducting steel, rare earth elements and large gold deposits in Pashtun areas of southern Afghanistan.

Just this month, American geologists working with the Pentagon team have been conducting ground surveys on dry salt lakes in western Afghanistan where they believe there are large deposits of lithium. Pentagon officials said that their initial analysis at one location in Ghazni Province showed the potential for lithium deposits as large of those of Bolivia, which now has the world’s largest known lithium reserves.

For the geologists who are now scouring some of the most remote stretches of Afghanistan to complete the technical studies necessary before the international bidding process is begun, there is a growing sense that they are in the midst of one of the great discoveries of their careers.