Worse than a nuclear Winter? 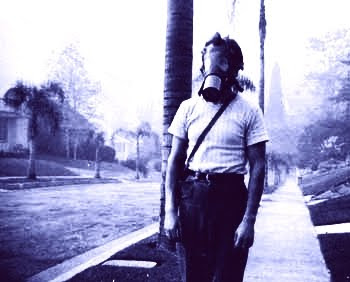 "Is a Devastating Solar Flare Coming to a City Near You?"

Discovery News
As NASA warns of a massive surge of solar energy potentially impacting our way of life, the mainstream press reacts, finally. However, these warnings are nothing new.

It's no secret that the sun has been acting rather strange lately, but that's what makes solar physics so fascinating.

Our nearest star still remains a mystery, so there's little wonder we have a hard job predicting what it's going to do next. And it turns out that mankind has an acute need to predict the impact the sun has on Earth -- a science called space weather prediction -- due to our increased dependence on sensitive electronics we insist on putting into space.

But computer chips aboard satellites aren't the only things we depend on. Besides losing satellite TV, national power grids are at risk too. Once a nation or region loses access to electricity for weeks, months or even years, can you imagine what might happen? I can. It wouldn't be pretty.

As the modern world is totally at the mercy of this big, scarey, boiling mass of magnetized plasma, I've been surprised by the lackluster response of the mainstream press. After all, damage to our infrastructure by solar activity has happened in the past and it will happen again.

The engineers didn't know, however, that for the last half-hour, their entire system had been under attack by powerful Earth currents. One second later, at 2:44:17 AM, these currents found a weak spot in the power grid of the Hydro-Quebec Power Authority [...] the Chibougamau sub-station tripped and went off-line as harmonic currents induced by the electrojet flowing overhead, caused protective relays to sense overload conditions [...] The cascading of events was much too fast for human operators to react, but it was more than enough time for 21,500 megawatts of badly needed electrical power to suddenly disappear from service. -- "Space Weather", Sten Odenwald, NASA Astronomer

The above text may sound like an excerpt from a Dan Brown novel, or an alternative opening to "War Of The Worlds", but as excellently written by NASA's Sten Odenwald in 2005, this is a blow-by-blow account of what happened to Quebec's power grid in March 1989 -- it was overloaded by atmospheric currents created by a massive coronal mass ejection (CME) that was blasted our way after a huge (X class) solar flare erupted on the sun.

It's little wonder, then, that the UK's Telegraph newspaper reacted strongly to this new NASA warning.

ANALYSIS: How Does the Sun Affect the Earth?


How Bad Can It Get?

At the Space Weather Enterprise Forum 2010 held in Washington D.C. last week, scientists discussed the expected increase in solar activity toward the sun's 11-year peak -- or "solar maximum" -- due in 2013. Solar maximum brings an increased frequency of solar flares and CMEs, and a few will be aimed in our direction.

Although solar flares and CMEs sound scary, it's not actually the sun I'm concerned about. Life on Earth has been happily evolving with the sun's waxing and waning moods for billions of years. But it's our civilization's hard-wiring to sensitive electronics that worries me the most.

Take last month's "zombiesat attack" for example, when the Galaxy 15 satellite was struck by a solar flare, killing its ability to communicate with Earth. There were fears that this drifting satellite could have interrupted the final episode of LOST. (There was some low-level hysteria about the latter.)

What if a satellite carrying a critical payload (military, GPS, national communications) was knocked offline by a solar flare? What if our entire satellite network was hit by a barrage of flares and CMEs? Galaxy 15 was hit by a random high energy particle from the sun, 3 years before the predicted peak of this solar cycle, so what does the impending solar maximum have in store for us?

That is exactly the question solar physicists are trying to answer.

"We know it is coming but we don’t know how bad it is going to be," Richard Fisher, the director of Nasa's Heliophysics division, told The Daily Telegraph.

"It will disrupt communication devices such as satellites and car navigations, air travel, the banking system, our computers, everything that is electronic. It will cause major problems for the world."

"Large areas will be without electricity power and to repair that damage will be hard as that takes time."

"Systems will just not work. The flares change the magnetic field on the earth that is rapid and like a lightning bolt. That is the solar effect."

Although this sounds alarming, and there should be concern, the likelihood of this happening remains very low. The Telegraph used the U.K. as an example of a national power grid getting neutralized by the sun, but any nation is vulnerable.

Preparation (and Funding) is the Key

Having worked in the solar physics community, I know that this concern isn't unfounded. Most solar research projects are working toward the common goal of understanding how our sun works so we can better predict its moods and prepare ourselves for the worst. But like many science disciplines, solar science is woefully underfunded.

As the Gulf oil spill is teaching us, we need to be better prepared for major incidents. It is becoming very clear that no emergency plan for the Deepwater Horizon disaster was sufficient and there was no contingency plan for how to mitigate the worst effects of millions of barrels of oil pumping into the ocean. Now we are stuck with a leak that continues to decimate the wildlife in the Gulf of Mexico and the U.S. is left scrabbling to find a fix.

In the case of space weather, wouldn't it be great if, as a civilization, we could look at the sun and get advanced notice of a solar eruption? All we'd need is a few hours lead-time and we could reduce the output of national power grids (to avoid overload) and switch our satellites into "safe mode." Once the storm has passed, we'd continue our lives as normal.

Unfortunately, it often takes a disaster to teach us to prepare better in the future. I just hope the next solar maximum doesn't teach us a lesson we can't recover from.
Posted by Mercury at 4:23 AM