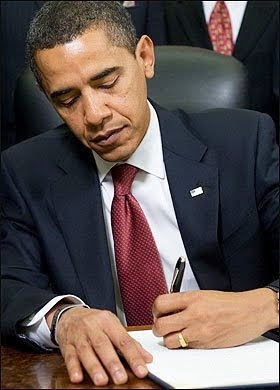 Makes sense but still full of rhetoric. We will see what happens as this policy unfolds.

The goal is "to rapidly increase our capabilities in space while bolstering America's competitive edge in the global economy," Obama said in a written statement issued by the White House.

"We are proposing improved observation of the earth, to gain new insights into our environment and our planet. We set ambitious goals for NASA: ramping up robotic and human space exploration, with our sights set on Mars and beyond, to improve the capacity of human beings to learn and work safely beyond the Earth for extended periods of time."

"And this policy recognizes the importance of inspiring a new generation of young people to pursue careers in science and engineering. For, ultimately, our leadership as a nation -- in this or any endeavor -- will depend on them."
Posted by Mercury at 6:29 AM