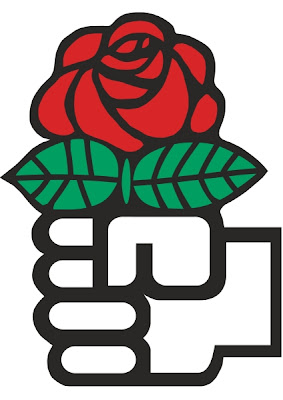 The only way you can identify points of convergence in religion

guardian.co.uk
The question: Is there a perennial philosophy?

There's something very seductive about the idea that all people, at all times, in all places, have all been drawn to variations on what is essentially the same fundamental worldview. It transforms the discordant songs of contradictory philosophies and religions into different harmonic lines of an eternal choral masterpiece. The awkward truth that accidents of birth and history are the main determinants of what we believe can be replaced by the uplifting affirmation that while our viewpoints may differ, we are all still gazing at the same divine reality.

However, such optimism is misguided for two reasons. First, the only way you can credibly identify such points of convergence is to make them so vague and general as to be practically vacuous. The lowest common denominator, however, rarely makes a satisfying philosophy for living. If you're happy to reduce all religion to banal fluff like "a yearning for the transcendent", then you can just about make it work. But this is hardly a satisfying description of what most people really believe when they follow a particular religion. Most Christians, for instance, do not think that their religion is "just one way" of accessing the infinite. Most think it is at least the best way and a great number agree with the Jesus of John 14:6, who said that "No one comes to the Father except through me."

Even the "golden rule" – which is the closest we have to a universal philosophical principle that is more than just truistic – is little more than a widely accepted first principle from which all ethical reasoning must conform to: namely, that ethics demands consistency, with the same rules applying in all comparable cases.

Second, wide agreement over time and place only shows that certain ideas are stubborn and perhaps rooted in human nature, not that they are true. Take the desire for transcendence. As the philosopher John Cottingham puts it:

"We are never satisfied just with the 'given', but have that mysterious urge to question, to seek for more … However well our biological and social and psychological needs are catered for, we cannot wholly escape that strange restlessness which is our birthright ... We alone know our own finitude, and in that very fact we dimly grasp the infinity we fall short of."
This is very eloquently put, but the only universal truth that it establishes is that many people at all times have found it hard to believe that there isn't more to life than just life. Whether or not they are right to do so is an open question: the mere existence of a perennial craving does not establish the existence of a perennial verity. Nor does it show that the craving is insatiable: many humans may feel this urge yet come to discard it or overcome it, as the lives of countless fulfilled atheists attest.

What does seem to be perennial is that human beings are pattern seekers who tend to see purposeful agency where there is really nothing but blind nature. I'm pretty sure that is what, at root, makes so many people believe that there is something more to life than life, that there is some higher order behind, above or underneath the natural world. Like many of the most universal beliefs in human history, this reveals human flaws, not divine laws.

Attempts to counter this with a sobering dose of reality lack enough coherence to really be thought of in the singular. It has been hard to make sense of a universe without ultimate purpose, and different attempts have come up with different answers. However, if by a perennial philosophy we mean a genuine truth that some – not usually the majority – at all times have been drawn to, it is this: that man may not be the measure of all things, but we are the only measurers we have, and we each have only only lifetime to size up reality for ourselves.
Posted by Mercury at 6:08 PM