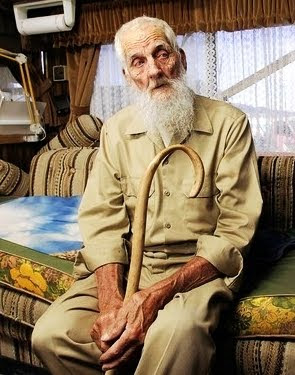 "Robert Dunlap dies at 87; one of the last of the Death Valley prospectors"

Dunlap, known as 'Ballarat Bob,' was a colorful character with a gift for self-promotion. He served time for voluntary manslaughter in the '70s and had a brush with the Manson family in the '60s.

latimes.com
Known for his tall tales and a brush with the homicidal Manson family in the 1960s, Robert "Ballarat Bob" Dunlap was one of the last Death Valley prospectors who dynamited and burrowed through the Panamint Valley in search of riches.

Dunlap died of cancer at the VA Medical Center in Loma Linda on June 1, joining the likes of Seldom-Seen Slim, Panamint Tom and other well-known desert characters now laid to rest near Ballarat, an abandoned blast furnace of a town in Inyo County. He was 87.

With his wily humor and knack for self-promotion, Dunlap often referred to himself as "Ballarat Bob, a legend in his own time." Most longtime residents of the nearby town of Trona knew Dunlap or had at least heard of him and, though he killed a man in the 1970s after an argument, his friends remember him as a colorful old-timer with a warm spirit.

"He was a desert character, the likes of Seldom-Seen Slim and others. He was a miner. He drank a lot, he smoked a lot, just like all those guys did," said Patrick Hannon, 75, who knew Dunlap for decades. "But he was famously known for spreading B.S., if you know what I mean."

Dunlap also crossed paths with Charles Manson and his followers in 1968 when they settled at Barker Ranch, 20 miles east of Trona, the spot where they were arrested a year later.

"I got my picture taken with Manson — with the girls too," Dunlap told The Times in 2006.

Dunlap at the time had been sort of a caretaker at Barker Ranch, where he kept a pack of wild burros for prospecting expeditions, according to Ed Sanders, whose book "The Family" provided one of the first detailed accounts of Manson's life and crimes.

In a phone interview from his home in Woodstock, N.Y., Sanders referred to Dunlap as a "bit player in a big tragedy." Sanders said he first met Dunlap in 1970 at the Ballarat general store, drinking an Olympia beer, just months after Manson's arrest.

"He was one of these guys who went around leaving claims in tobacco cans here and there," Sanders said. Dunlap guided Sanders around and recalled once asking Manson to round up his burros, the author said.

"Ballarat Bob looked a bit like a 50-year-old, tan, muscular version of the artist R. Crumb. His white hair was parted in the middle, and he sported a little white beard," Sanders wrote in the book, first published in 1971. "He had fond memories of the Family, especially the girls, who must have seemed to him — a crusty storyteller loner ore-hound — like moist manna from the heaven of instant gratification never before seen in them thar hills."

Norma Weston first met Dunlap a few years later, when she and her husband retired to the area, where they lived 32 years. They became quick friends but didn't see one another much after Dunlap moved to Trona in the 1970s.

"One of the first people we met in Ballarat at that time was Bob Dunlap. He had a string of burros and a horse and lived in the old jailhouse," Weston said by e-mail from Texas, where the couple now live. "He was a really great guy and a lot of fun to be around."

In 1973, Dunlap was convicted of voluntary manslaughter for shooting friend and fellow prospector Martin Dale Erman, court records show. A brief account in The Times in January of that year stated that, after the shooting, Dunlap telephoned the local sheriff's station to report that he "shot and killed Erman over an argument about drinking and religion."

Weston said she also heard that Erman might have mistreated Dunlap's dog, Rusty, triggering a fight between the men.

Dunlap served four years in state prison, moving back after his release.

He spent his final years living in a desert shack on the outskirts of Trona, which is at the northern edge of San Bernardino County.

Robert B. Dunlap was born in Pennsylvania in 1922, moving to California in the 1950s when he took a job as a draftsman in Ridgecrest, according to his sister-in-law, Fran Dunlap, of Scottsdale, Ariz.

"I can't really figure out why he stayed out there in the desert," Fran Dunlap said in a telephone interview. "He was an intelligent guy. He graduated high school and, of course, went into the Army.... I think he just fell in love with the place."

He served in the U.S. Army in Europe during World War II and was severely wounded in the leg, she said. Dunlap stayed in the Army until 1949, attaining the rank of sergeant, and was based in Germany for several years. While there, he married a German woman. They divorced in 1960, his sister-in-law said.

Because of his war injury, Dunlap received disability payments and largely relied on that money, as well as Social Security income in his later years, to scratch out a living, she said.

"He was supposed to be mining around, but I don't think he ever found anything," she said.

Dunlap is survived by his sister-in-law, nephews and nieces. 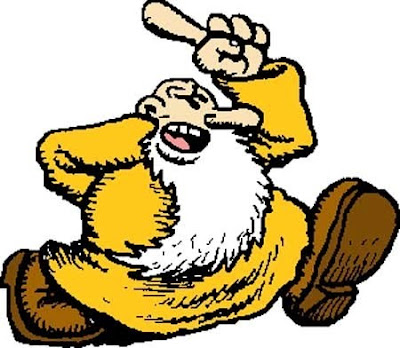