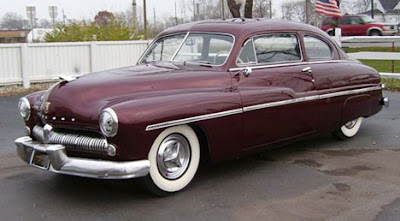 "Ford’s decision to return to its Depression-era configuration, with basic Fords for the masses and Lincolns for the wealthy, is probably a smart business move, given the ever-widening income gap."
A simple socioeconomic indicator. I never understood why Ford retained the Mercury division for as long as it did. Mercs were just a tad more fancy than the common Ford product...just enough to make a socioeconomic separation. In my youth I drove a Falcon [station wagon] not a Comet.

The New York Times
THIS month, Ford Motor announced its plans to close its 71-year-old Mercury division, a decision that was met with ... well, even indifference might be too strong a word.

The brand had been rattling along on fumes for years, proffering its unimaginative lineup of copycat Fusions and Explorers to oblivious buyers willing to pay more for redesigned grilles and tail lights. For a long time now, Mercury has seemed to exist only because Ford couldn’t muster the energy to kill it. Named for the swift and wily messenger of the gods, the brand died a rolling symbol of corporate torpor and irrelevance.

But Mercury used to mean something, at least in my family. Dad was a Mercury man. From the late 1960s to the mid-1980s, ours was a driveway full of Cougars and Montegos and Zephyrs. This was during the division’s commercial zenith — in 1978 more than half a million were sold. But you still didn’t see many of them on the roads, which may have explained my family’s curious devotion to the brand. It was basically a plain Ford, of course, but a little different, a little classier. Choosing a Mercury was a statement of measured individuality.

Edsel Ford dreamed up the division at the end of the Depression as a bridge between the lunch-pail Ford and the luxe Lincoln. But Mercury really started to take off in the 1950s, with the arrival of an American middle class that responded to its aspirational message.

My father, a Midwesterner of modest means who reinvented himself as an academic at Eastern universities, was the ideal Mercury personality: a careful man intent on going places his own way. It would have been impossible to imagine him at the helm of some rococo Cadillac or Mark V. Still, when he made full professor, he sought subtle automotive validation. Out went the tatty Plymouth Valiant; up pulled a pair of Mercurys: a top-of-the-line Colony Park wagon and a green Cougar with a black vinyl roof.

The wagon was as long and dark and distinguished as a presidential limousine. The Cougar had a flamboyant swoop along its flanks and hideaway headlights that gave it a mysterious hooded gaze. As a child, I spent hours sitting in that car, pushing AM radio buttons and turning silvery knobs; later, Dad would let me drive it out of the garage and sit behind the wheel as its big 351 V-8 rumbled.

Over the years, Mercury lost its panache, but my dad stayed loyal; when rust ate the Colony Park, an overfed-looking green Montego Villager wagon took its place. In the 1980s came the flimsy Zephyr and then a Marquis — both of which looked just like the cheaper Fords.

So when Dad finally gave up on Mercury and moved on to Oldsmobiles and Buicks, you really couldn’t blame him. He lasted longer than most.

In truth, the meaning of the Mercury brand was always elusive. It said you cared about quality, but not so much that you expected anyone to notice. That is a difficult message for any product to convey, even in the best of times. Ford’s decision to return to its Depression-era configuration, with basic Fords for the masses and Lincolns for the wealthy, is probably a smart business move, given the ever-widening income gap.

Perhaps it’s too much to expect many people to mourn the death of the middlebrow brand in between. But let’s at least take a moment to wave farewell to the vanishing class of Americans who once drove these cars — the modest strivers who aimed not for the best, but the good enough. 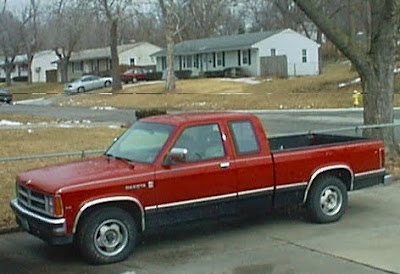 and wish I drove this... 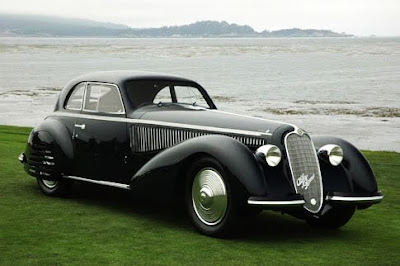