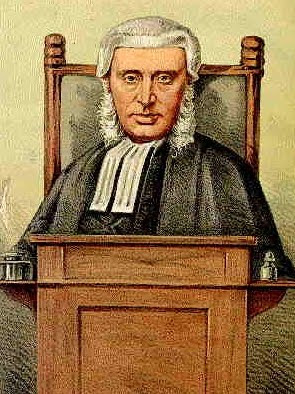 This will wind up in court.

"In the Hunt for Planets, Who Owns the Data?"

The New York Times
We are about to find out just how generous nature really is.

On Tuesday, astronomers operating NASA’s Kepler spacecraft will release a list of about 350 stars newly suspected of harboring planets, including five systems with multiple candidate planets. That data could dramatically swell the inventory of alien worlds, which now stands at 461, none of them habitable by the likes of us.

Astronomers everywhere, who have been waiting since Kepler’s launch in March 2009 to get their hands on this data, will be rushing to telescopes to examine these stars in the hopes of advancing the grand quest of finding Earthlike planets capable of harboring life out there.

But a lot of attention has been paid in astronomical circles over the past few months to what the Kepler team will not be saying. By agreement with NASA, the team is holding back data on its 400 brightest and best planet candidates, which the astronomers intend to observe themselves over a busy summer.

NASA’s policy requires astronomers to release their data from instruments like the Hubble Space Telescope in a year, but the Kepler astronomers say launch delays and other problems robbed them of the observing time they needed to check out their planet candidates, which are only visible from the ground from April until September. An extension of the deadline is needed, they say, to guard against a flood of bogus claims — “false positives” — by other astronomers misinterpreting their data.

“If I sent you 0’s and 1’s, it would be useless,” said William Borucki, Kepler’s leader, from the Ames Research Laboratory at Moffett Field in California. The public wants answers to the age-old question of whether the Earth is unique, he said.

The decision to hold back some data, reported on Nature.com, has divided astronomers. Some say say they do not begrudge the Kepler scientists — who have in some cases devoted their careers to the project — a few more months with their data.

Paul Kalas of the University of California, Berkeley, who used Hubble to take one of the first images of an exoplanet in 2008, said, “The stakes aren’t that high compared to human subject experiments, where a six-month delay has real consequences when therapies might become available for diseases.”

But the sequestering of the data, even temporarily, has irritated other astronomers, who believe that it is antithetical to the ideal of scientific openness.

“Kepler was constructed and launched with a comparatively large sum of money for a project that is run by a single team,” said Ben Oppenheimer, an astronomer at the American Museum of Natural History in New York, in an e-mail message. “At this point, I have to say I do think they are being far too restrictive.”

B. Scott Gaudi, an astronomer and planet hunter at Ohio State University, said there were more planet candidates than the Kepler team members could check by themselves. “They need help,” he said. “If they were more open they would be able to get more science out.”

Nobody denies that the stakes, both personal and institutional, are huge.

The fate of data — who owns it and who gets to see it, and when — has become one of the more contentious issues in science, scientists say.

In the past, scientific data consisted of carefully inked notations in research notebooks, bound, with numbered pages, accumulating on a bookshelf in the office or lab, or photographic plates in yellowing envelopes sitting in a filing cabinet. And it was proprietary, meaning it was yours forever to publish or mull endlessly as you desired.

Today, it often consists of billions or trillions of 1’s and 0’s reposing in vast digital archives, whose capacity is measured in terabytes or petabytes, buttressed by the giant computer programs that process it and the reams of ancillary information, dubbed metadata, that give it context.

In the era of the Web, all this information can be sent around the globe at the click of a mouse, retrieved and manipulated by anyone who wants to use it to better understand the nature of dark matter, argue about the safety or desirability of nuclear power, or decide how much salt to put in her food.

“Science is more and more living in a glass house,” said Robbert Dijkgraaf, a physicist at the University of Amsterdam and co-chairman of the InterAcademy Council, a multinational organization of science academies that is reviewing the work of the Intergovernmental Panel on Climate Change at the request of the United Nations.

Phillip Sharp, a biologist at the Massachusetts Institute of Technology, led a National Academy of Sciences study last year that said rules for sharing data should be built into projects. In an interview, he said: “The time has past when a bunch of elite true-meaning experts could go into the next room and make conclusions. They have to be transparent. That’s a change in the culture.”

The result has been a shift in the balance between the duty of a scientist to wring every last drop of truth and credibility out of the data he or she might have spent years gathering and the rights of the rest of us to know what our tax dollars have discovered.

“Proprietary” has become a four-letter word, said Michael Turner, a cosmologist at the University of Chicago who was part of the panel on research data. He said he worried that the pendulum had swung too far toward the Internet ideal of free information.

Secrets have been part of modern science since its beginning. Galileo reported his discovery of the rings of Saturn in an anagram that he wouldn’t decode until he was sure that he wasn’t seeing things. In the early 1960s, when radio astronomers discovered the powerful radio sources known now as quasars, they jealously guarded their coordinates, giving them to only a few trusted astronomers to investigate.

The members of a scientific collaboration typically agree not to talk about their results before they have been officially released in a paper or a news conference, for example, upon pain of being kicked out. The Kepler team took this a step farther by signing formal nondisclosure agreements.

But then, few areas of physical science have excited the public imagination in recent years as the search for planets around other stars, dubbed exoplanets. Most of them are giants like Jupiter in orbits broilingly close to their stars, but that is not surprising, since most of them were found by looking at stars that wobble under the influence of their planets; the wobble from big planets up close is much easier to detect than that of an Earth at a more temperate distance.

Kepler employs a different approach, which Mr. Borucki has championed ever since 1984. It stares at a patch of sky in the constellation Cygnus, constantly measuring the brightness of 156,000 different stars looking for the small blips that would signal a planet’s passing in front of its star.

“In a sense, it’s the most boring mission ever flown: doing the same thing every six seconds,” Mr. Borucki said. The grand scientific goal of the project, a kind of cosmic census planned to go on until 2013, is to discover Earthlike planets in Earthlike places — that is to say, in the not-too-cold, not-too-hot Goldilocks zones near a star where liquid water can exist.

Mr. Borucki said the Kepler team started out with 12,000 suspicious dips. They laboriously whittled down those to 956 planet candidates, then quickly dismissed 204 as false positives. That leaves about 750 real candidates, some with supposed orbits of less than a day. Only about half of them, he suspects, will turn out to be real planets. The rest will be double stars, triple stars, starspots and other impostors.

“We have dozens of ways of recognizing when it isn’t a planet,” said Mr. Borucki.

Realizing earlier this year that sorting them out would take more time than they had before the June 15 deadline, the Kepler team asked NASA for an extension. Jon Morse, director of astrophysics at NASA headquarters, referred the Kepler question to the astrophysics subcommittee of the NASA Advisory Council, a group of 13 astronomers who serve as a go-between between the space agency and professional astronomers.

On April 12, the Kepler team presented the committee with four options. The most radical, and Mr. Borucki’s favorite, was to hold back the data on 500 candidates until the end of the mission or until the planets had been verified. At the other end of the spectrum was an option to release everything on June 15, as originally planned.

Dr. Huchra of Harvard, who led the discussion, said, “We all felt the sooner the data hit the streets the better,” and in the end there were no votes for holding back candidate data until the end of the mission. “If we had done that everybody would have been hung out to dry,” he said.

The group settled on a compromise in which Kepler will be able to protect 400 planet candidates until Feb. 1 — an extra eight months — and an additional 100 from a second set of candidates in another data release in 2011. The extra time will in effect give the Kepler astronomers back the summer observing season they lost last year. The compromise, Dr. Morse said, was “in the spirit of the regular release policy.”

Meanwhile, the treasure hunt for the end to cosmic loneliness continues.“The public wants to know whether there is life on other planets,” Mr. Borucki said, noting that it could take decades. The effort to get an answer, he said, reminds him of the building of the great cathedrals in Europe, in which each generation of workers had to tell themselves that “someday it will be built.”