A pitcher of beer and hard boiled eggs 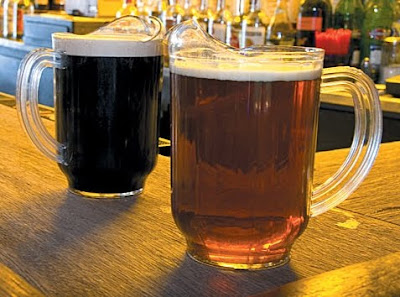 Where were these people in my day? It was an axiom...all grad students were poor and ate little. We lived off of beer, hard boiled eggs, and goodies from friends in the cafeteria. Besides, students are supposed to suffer...prepares them for life.

"Hope for hungry students at UCLA"

The student-run Food Closet and Swipes for the Homeless reach out to the campus' needy, many of whom prefer to remain hidden during hard times.

Los Angeles Times
When a group of UCLA students set out recently to deliver food they had collected for the homeless and needy, they didn't have to travel far.

Pushing carts laden with hundreds of pounds of goods, they walked a few dozen yards to the Student Activities Center. There, a small room is stocked with such items as canned soups, beans, instant noodles, macaroni and cheese, breakfast cereals, fruit juice and water.

Many on the Westwood campus are unaware of the Food Closet, as it is known. But for those students who are cash-strapped or homeless, it has become an indispensable feature of campus life. The door is always open, and 40 to 50 students drop by each day. Microwaves, plates and utensils are located in a student lounge across the hall.

After the newly organized student-run service group Swipes for the Homeless learned of the pantry, it seemed like a natural fit. Students helping students.

Founder Bryan Pezeshki said he heard about the pantry during a food drive a few months ago. Students had been collecting food for homeless shelters downtown, but they also took about 40 sandwiches to the campus pantry. When Pezeshki returned a few hours later, all of the sandwiches were gone.

"I did a little more research, and we decided to focus our drive this quarter on getting UCLA students help," Pezeshki, 20, said. "Students really wanted to help other students out, especially during these tough times."

Campus officials began hearing anecdotal evidence in 2008 of the economic downturn's effect on students, said Antonio Sandoval, director of UCLA's Community Programs Office. No one knows the exact number of homeless or hungry students on campus, he said. Some are undocumented, some are veterans. Many have parents who have become destitute either through divorce or lost jobs.

Concern grew enough that the chancellor created an economic response team to provide resources and gather more information. But many students in need prefer to remain hidden.

"It's hard for people to talk about food here," Sandoval said. "We're situated in a community where people all around seem to have plenty. Students in need try to pretend they don't need help."

To anyone involved in campus life, the extent of financial distress and hunger was obvious, said Abdallah Jadallah, a former president of the Muslim Student Assn. at UCLA. He said he knew 10 to 15 homeless students.

He noticed students who were spending nights in campus libraries that are open around the clock, showering in gyms, sleeping in cars or bunking with a succession of friends. And those whose breakfast, lunch and dinner consisted of Taco Bell $1 burritos.

At the same time, he saw excess food from campus events being tossed away. Jadallah spoke with Sandoval, who found an unused utility room, and the Food Closet was born. The pantry operates on the honor system.

Jadallah put a notebook in the pantry for students to leave comments. Many are poignant.

"The hardest thing to accept is the notion that there are times in life when you become dependent on [the] charity of others," wrote one student. "I have been working most of my life and was working 35+ hours at my community college. I always had problems with money because my family is dependent on my income. Due to the recession, in the summer of '09 I was unemployed for 4 months. I spend all my savings paying off my debt and my family's debt (they also lost their jobs)."

"Currently I am homeless, sleeping in my truck, attending school full time. If I did not have the food closet I would have to settle for the $1 burrito at Taco Bell. I have no money to my name. I have no home. I am grateful to have the charity of others in the form of a food closet. Thank you for restoring my faith in humanity and for making it possible to continue working towards my dream of becoming my family's first college graduate. Thank you."

Several campus offices now regularly donate food, and Jadallah is reaching out to businesses in the community. He was one of four UCLA students honored recently with the 2010 Charles E. Young Humanitarian Award for their commitment to public service.

"It's part of my religion that when you see something wrong, you have to try to change it," said Jadallah, 22, a civil engineering student from Perris. "It's really cool that other UCLA students are involved, and with Swipes for the Homeless, we're tackling this problem together."

Under the Swipes program, UCLA students can donate money to the needy from the unused meal plans they purchase each quarter. Students redeem their prepaid meals when they swipe their identification cards in the cafeteria, but some don't use them all.

On Friday, as other students were celebrating graduation, Pezeshki and Jadallah met for the first time, hauling pallets of food from a dining hall to the pantry.

Pezeshki's group collected 2,362 swipes during a recent food drive, which the dining hall converted into about 1,000 pounds of food.

Brittany Taylor donated 10 swipes to the cause.

"This is being recycled in the best way possible and going to people that actually need it," said Taylor, 18, an English major who is ending her freshman year. "I was in a high school program where we passed out food to homeless people downtown. Students need to know about these issues."

Pezeshki and Jadallah are working to make that happen and hoping to expand their programs in the fall. Both have received inquiries from other colleges and universities that want to start similar projects.

"We want to work with more homeless shelters in the Los Angeles community," Pezeshki said, "but we'll also have a direct connection the Food Closet from now on."
Posted by Mercury at 5:05 PM