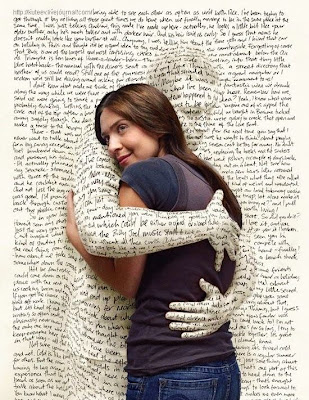 I suppose one of many features of getting older is that many people just quit learning or thinking but it is essential to cultivate and maintain a sharp intellectual edge and part of that process, like reading and writing, is a continual expansion of one's vocabulary. Thus, after several years negotiating with POSP's stringer Tim Ray's attorneys Dewey, Cheatum, & Howe, a list of vocabulary words will appear here frequently...hopefully once a month.

See the bottom of this post for more information.

1. Indifferent, neutral, immaterial.
2. (Medicine) Having no effect, doing neither harm nor good, as an adiaphorous medicine, a placebo.

1. To foreshadow; prefigure.
2. To produce a faint image or resemblance of; to outline or sketch.
3. To darken or conceal partially; overshadow.

Pertaining to fields or the country; rural; rustic.

1. Lucky, chancy, dependent on chance or fortune, at random rather than planned.
2. Related to or characterized by gambling.

A trap in which concealed persons lie in wait to attack by surprise; also : the persons so concealed or their position

1. The absence of pleasure.
2. The inability to enjoy pleasure. (In medicine this is a core symptom of depression.)

1. The word by which a particular person or thing is called and known; name; title; designation.
2. The act of naming.

1. A secret; a mystery.
2. Specialized or mysterious knowledge, language, or information that is not accessible to the average person (generally used in the plural).

The original pattern or model of which all things of the same type are representations or copies; prototype; also, a perfect example

1. Roughness.
2. Harshness of manner or of temper.

A workshop; a studio.

A song or poem greeting the dawn; also, a composition suggestive of morning.

A love letter or note.

To speak or write at length in a pompous or boastful manner.

1. To cover up, to sweep under the rug, to quietly suppress, as politicians are wont to burke investigations into their wrong-doing.
2. To suffocate someone so as to leave the body intact for the killer's purposes.

1. To cheat; to defraud; to deceive, usually by petty tricks.
2. To obtain by deceit.

1. The act or an instance of embezzling.
2. A failure to meet a promise or an expectation.

To throw out of a window.

1. Of such fine texture as to allow light to pass through; translucent or transparent.
2. Vague; insubstantial.

1. The state of being carelessly or partially dressed.
2. Casual or lounging attire.
3. An intentionally careless or casual manner.

1a. Designed or intended to teach.
1b. Intended to convey instruction and information as well as pleasure and entertainment.
2. Making moral observations.

To amuse oneself in light or lively manner; to frolic.

Divided or withdrawn in attention, especially because of anxiety.

1. Selecting what appears to be best in various doctrines, methods, or styles.
2. Composed of elements drawn from various sources; also, heterogeneous.

1. Of, pertaining to, or constituting visual imagery vividly experienced and readily reproducible with great accuracy and in great detail.
2. Marked by or involving extraordinarily accurate and exacting recall especially of visual images.

1. The highest heaven, in ancient belief usually thought to be a realm of pure fire or light.
2. Heaven; paradise.
3. The heavens; the sky.

Of or pertaining to the empyrean of ancient belief.

1. Pertaining to controversy or disputation; controversial.
2. Of argument for the sole purpose of winning, regardless of the reason.

1. Argument for the sole purpose of winning, regardless of the reason.
2. The art of disputation.

Shaping or having the power to shape disparate things into a unified whole.

The act of belching; a belch.

1. To speak or write at length or in considerable detail.
2. To move about freely; to wander.

Of, relating to, or characterized by prophecy; prophetic.

To seize from behind roughly and forcefully propel forward

1. Musty, stale.
2. Having a slovenly or uncared-for appearance.

1. (Music) A musical structure in which a theme is extended and developed mainly by imitative counterpoint (combining two distinct lines) in different voices.
2. (Psychology) A state of altered consciousness in which a person wanders away from their present life and begins a new one. After recovery, there is no memory of the fugue episode.

1. To issue or utter verbal attacks or censures authoritatively or menacingly.
2. To explode; to detonate.

1. Talking much, especially about commonplace or trivial things; talkative.
2. Wordy.

The material or significant part of a grievance or complaint.

High seriousness (as in a person's bearing or in the treatment of a subject).

1. Tending to form a group with others of the same kind.
2. Seeking and enjoying the company of others.

1. Practical, hypothetical, based on an educated guess that serves as a practical guide in the investigation or solution of a larger problem.
2. Related to a "hands on" teaching method that leads students to an understanding of a subject by allowing them to conduct real research on that subject.

Of, pertaining to, or occurring in the state of drowsiness preceding sleep.

A malady induced inadvertently by a physician or surgeon or by medical treatment or diagnostic procedures.

Incapable of being fatigued; not readily exhausted; untiring; unwearying; not yielding to fatigue.

Not having money; habitually without money; poor.

Not to be persuaded or moved by entreaty or prayer; firm; determined; unyielding; unchangeable; inflexible; relentless.

To insert between; to mix or mingle; especially, to introduce something foreign or irrelevant into; as, "to interlard a conversation with oaths or allusions."

Characterized by refusal to compromise or to abandon an extreme position or attitude : uncompromising.

Absolute knowledge acquired through meditation and study as a means of reaching (in Hinduism) Brahman; (in Buddhism) a state of awareness independent of conceptual thought.

1. A blank space; a missing part; a gap.
2. (Biology) A small opening, depression, or cavity in an anatomical structure.

1. A dispute over or about words.
2. A controversy marked by verbiage.

1. The act of plotting.
2. A crafty scheme; a cunning design or plot intended to accomplish some usually evil end.

To free from slavery or servitude.

Relating to or occurring in the morning; early.

The state of being a woman.

A loyal follower; especially a subordinate who executes orders unquestioningly or unscrupulously.

A weak-willed, timid, or ineffectual person.

1. The highest point, as of excellence or achievement; the acme; the pinnacle; the ultimate.
2. The most profound degree of a quality or condition.

Pertaining to going about in the night; night-wandering.

Of, relating to, or based on the intellect.

Acquired or occurring in a hospita.

1. Of or pertaining to a numen; supernatural.
2. Filled with or characterized by a sense of a supernatural presence.
3. Inspiring awe and reverence; spiritual.

A miscellaneous collection (as of things or persons).

1. writing material (as a parchment or tablet) used one or more times after earlier writing has been erased.
2. something having usually diverse layers or aspects apparent beneath the surface.

Of, pertaining to, or suggestive of dreams; dreamy.

An important personage or pretentious official.

1. (Medicine) A sudden attack, intensification, or recurrence of a disease.
2. Any sudden and violent emotion or action; an outburst; a fit.

1. To ponder; deliberate.
2. To be attentive; reflect.

1. Not easily excited to action or display of emotion; apathetic; sluggish.
2. Self-possessed, calm, or composed.
3. Of the nature of or abounding in the humor phlegm.

A vain and talkative person.

1. An indication or warning of a future event; an omen.
2. A feeling or intuition of what the future holds.
3. Prophetic significance.
4. [Archaic] A prediction; a prognostication.

To make or utter a prediction.

1. To indicate or warn of beforehand; to foreshadow.
2. To have a presentiment of.
3. To predict; to foretell.

1. Divine omniscience.
2. Human anticipation of the course of events; foresight.

To depart from or evade the truth; to speak with equivocation.

1. Outlaw.
2. To condemn or forbid as harmful or unlawful.

A victory achieved at great or excessive cost; a ruinous victory.

1. Caught up in the romance of noble deeds and the pursuit of unreachable goals; foolishly impractical especially in the pursuit of ideals.
2. Capricious; impulsive; unpredictable.

1. Occurring or returning daily; as, a quotidian fever.
2. Of an everyday character; ordinary; commonplace.

A rascal, rogue, a brat, an annoyingly mischievous child.

1. Strongly fragrant, aromatic, having a strong, pleasant odor, as a room redolent of burning wood.
2. Suggestive, evocative, reminiscent, having a 'fishy' smell, as a decision redolent of politics.

1a. A quick and witty reply.
1b. A succession or interchange of clever retorts; amusing and usually light sparring with words.
2. A droitness and cleverness in reply.

1. to feel or express dejection or discontent : complain.
2. to long for something.

Abounding or bejeweled in dew, bedewed, dew-laden. 2. Covered with a white, dust-like bloom, as plums often are.

1. Compassion or pity for another.
2. Sorrow or misery about one's own misdeeds or flaws.

A wavelike ridge of hard snow formed by the wind -- usually used in plural.

Inhabiting or growing among rocks.

A reckless, unprincipled person; one who is wild and reckless; a rascal; a scoundrel.

1. Given to using long words.
2. (Of a word) containing many syllables.

1. Catchword, slogan.
2. A widely held belief or truism.
3. A custom or usage regarded as distinctive of a particular group.

1. A nonstandard usage or grammatical construction; also, a minor blunder in speech.
2. A breach of good manners or etiquette.
3. Any inconsistency, mistake, or impropriety.

To utter with long, sighing breaths.

1. Ragged or disreputable in appearance.
2. Being in a decayed state or condition, dilapidated.

Miracle-working, wonder-working, the performance of a miracle, doing magic, legerdemain.

To change or alter greatly and often with grotesque or humorous effect.

Of, relating to, or characteristic of a wife.

1. To make faulty or imperfect; to render defective; to impair; as, "exaggeration vitiates a style of writing."
2. To corrupt morally; to debase.
3. To render ineffective; as, "fraud vitiates a contract."

1. To endue with life; to make alive; to animate.
2. To make more lively or intense.

Used for or useful in healing wounds.

verb
1. To indulge in riotous drinking.
2. Dialect England; to sing carols from house to house at Christmas.
3. To drink to the health or thriving of.

1. A person who wastes, especially one who squanders money; a spendthrift.
2. An idler; a loafer; a good-for-nothing.

1. To separate chaff from grain with a stream of air or in the wind.
2. To blow or blow through, as a breeze winnowing through her hair.
3. To remove the bad parts of anything, to filter out the undesirable.

If you would like to offer some word suggestions email Tim at...