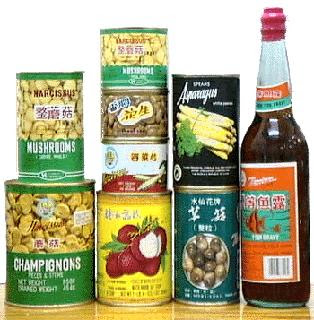 The New York Times
The A & N Food Market on Main Street in Flushing, Queens, has an almost entirely Chinese clientele. The inventory includes live eels, turtles and frogs, frozen duck tongue and canned congee. These goods, like products sold in every neighborhood of the city, attract their share of shoplifters. But A & N Food Market has an unusual way of dealing with the problem.

First, suspected shoplifters caught by the store’s security guards or staff members have their identification seized. Then, they are photographed holding up the items they are accused of trying to steal. Finally, workers at the store threaten to display the photographs to embarrass them, and to call the police — unless the accused thieves hand over money.

“We usually fine them $400,” said Tem Shieh, 60, the manager, who keeps track of customers on 30 video monitors in the store’s surveillance system. “If they don’t have the money, then we usually hold their identification and give them a chance to go get it.”

The practice of catching suspected shoplifters and demanding payment is an import from China, several experts in retail loss prevention said, where there is a traditional slogan that some storekeepers post: “Steal one, fine 10.” Whether this practice is legal in the United States is open to interpretation.

New York State law allows “shopkeepers’ privileges” that fall somewhere between the police and a citizen’s arrest. The law also details “civil recovery statutes,” by which retailers may use the threat of a civil lawsuit to recover substantial settlements for even minor thievery. But threatening to report that someone has committed a crime can be considered a form of extortion.

Neither the Police Department nor the Queens district attorney’s office said it had received any complaints about the practice. But critics of the practice argue that the accused shoplifters are deprived of basic civil rights and the usual assurances in public law proceedings, like the right to a lawyer and freedom from coercion, and are not being held by adequately trained security officials with proper oversight.

“If a store owner says he’ll call the police unless you pay up, that’s extortion, that’s illegal,” said Steven Wong, a community advocate in Chinatown, sitting in his office above a restaurant on Chatham Square. “And putting up pictures in public, calling someone a thief who has never even been formally charged, that’s a violation of their civil rights.”

It is unclear exactly how rampant this practice is, and whether threats of arrest are always used, but it exists in certain predominantly Chinese neighborhoods around the city.

Many accused shoplifters plead poverty. But they usually manage to come up with money to pay their way out of being publicly shamed and arrested, Mr. Shieh said, often after calling upon friends and relatives for the cash. Unfounded fears of being deported often color their panicked responses.

“Two weeks ago, a woman tried to take two bags of grapes worth maybe $10,” he said, speaking in Chinese.

The woman first said she had no money, but somehow found some. “She came back with eight new $50 bills,” Mr. Shieh said.

At the Chang Jiang Supermarket on Kissena Boulevard in Flushing, where hawkers of fresh produce in sidewalk bins continuously yell out specials in Chinese, credit cards are accepted from accused shoplifters for payment to avoid arrest, said the manager, Wu Jian Si.

Fliers posted in the store display images of accused shoplifters and of a man being escorted by the police, along with warnings in Chinese and English that say, “If we catch, we will take your photo for records and your fine will be $400 or you go to prison.”

The fines are necessary, Mr. Wu said, because the police do not always arrest the accused shoplifters. And even if they do, Mr. Wu said, “The most they’ll get is 24 hours.”

Many of the accused shoplifters are immigrants who have a heightened fear of authority, of those in uniform, and they often lack proper immigration status, said Jason Sanchez, 24, who has worked as a security guard at several Chinese markets in Flushing.

“They figure they’ll be deported, so they’ll do anything to get the money,” Mr. Sanchez said. “Some stores ask for $400, or some ask for $200 — it becomes a negotiation.”

In an example of the wall-of-shame style that certain stores use, a grocery called NY Tak Shing Hong, on East Broadway in Manhattan’s Chinatown, posts photographs near the cash registers, some bearing names, addresses and Social Security numbers of the persons depicted. Several also include simple descriptions in Chinese, like “Stole Medicine” and “Thief.”

Some store owners share their photographs with other stores, or post them in other store branches they own. For example, an image in the Chang Jiang market of a man holding up a large stash of live fish in a plastic bag, with the words “Big Thief,” can also be seen in several other stores in the area.

The Chung Fat Supermarket, on Main Street in Flushing, posts photographs of accused shoplifters on the front doors and up above the cashiers.

“All we can do is put up their pictures and let them know we do something about it,” a manager, Sam Lim, 42, said in Chinese, referring to the many photographs of suspected shoplifters posted near the cashiers.

Chung Fat has 100 surveillance cameras. According to a sign in a storage area, first-time shoplifters face a $500 fine, and repeat offenders must pay $2,000. In reality, though, store officials acknowledge they are rarely able to collect much money from offenders.

Some of these enforcement policies have recently come under fire. Last month, two Chinese immigrants spoke out publicly after being wrongly accused of shoplifting at the New York Supermarket, a store under the Manhattan Bridge in Chinatown that posts photographs of accused shoplifters next to the cashier, behind the live crabs and eels.

One woman, Li Yuxin, said that after being falsely accused of thievery, she began weeping in front of a crowd of shoppers. Another woman, Liang Huanqiong, a 60-year-old home attendant, also claimed that false accusations of theft damaged her reputation and caused mental anguish.

The episodes made headlines in Chinese-language newspapers, and store officials apologized to the women and said they would train employees to better recognize thievery and use more sensitivity in approaching suspected shoplifters, the articles reported.

Both women are being advocated for by Mr. Wong, who is critical of the practices despite the apparent vagueness of the law. The police declined to discuss the legality of the practice without specific examples.

In New York State, a retailer may sue a thief (who has stolen any type of item, costly or not) for the item’s retail price up to $1,500 if the item is not resalable, along with a penalty of $75 to $500, depending on the item’s price. Usually, the retailer threatens legal action and settles for several hundred dollars, experts in loss prevention said. This process is separate from criminal prosecution and can take place without arrest or conviction, even if the case is criminally tried and thrown out.

Richard Hollinger, a sociologist and criminologist at the University of Florida, said that a shopkeeper demanding money on the spot is a version of the legal process of civil recovery outside the law. He said it can veer into extortion, which is defined by laws in New York State as demanding payment using the fear of accusing “some person of a crime or cause criminal charges to be instituted against him.”

Mr. Sanchez, the security guard, said that some stores parade the suspected shoplifter up and down the aisles, announcing the attempted theft to customers.