S. Hawking...Why there is something, not nothing 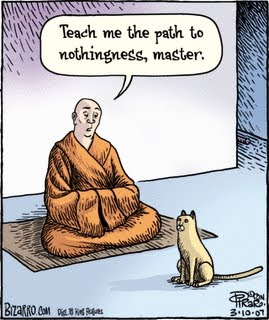 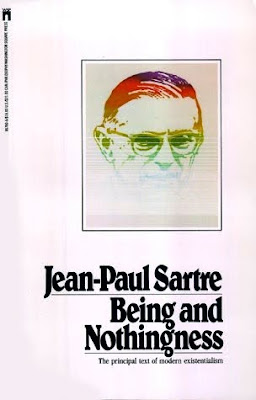 "Father Raymond J. de Souza: Why there is something, not nothing"

The National Post
Stephen Hawking, the biggest brain among the big brains of physics, took the star turn here for the recent World Science Festival. That he is now spending several weeks at the Perimeter Institute for Theoretical Physics in Waterloo, Ont., is a feather in the cap of Canadian science.

But before he left New York this week, he gave a widely noticed interview to Diane Sawyer, in which she asked him about the biggest mystery he would like solved. “I want to know why the universe exists, why there is something greater than nothing,” Hawking explained.

That is, as the ancient Greeks did not say, the granddaddy of all philosophical questions. Why is there something rather than nothing? No matter how clever you are, if you don’t have a compelling answer to that question, you can only aspire to knowledge — albeit impressive knowledge — but not wisdom.

It is a question for which natural science — astronomy, physics, mathematics — offers no help. In order to do science, there has to be something to observe. Science explains a great deal about how things behave, but nothing about why things exist in the first place. Moreover, science presupposes a certain order in the natural world in order to apply the scientific method. How order can emerge from nothingness is not a scientific question, but a philosophical one. It is, as the ancient Greeks did say, beyond physics. The word for that is metaphysics. And Stephen Hawking, a master of physics, is perfectly in line with the ancient philosophers when he acknowledges that physics itself points to the deeper questions of metaphysics.

Hawking does not believe in the personal God of Abrahamic revelation, whose creative love is the answer to the question of why there is something rather than nothing. That’s fine insofar as metaphysics does not have to be theological. Metaphysics is simply the point to which human reason, applied in rigorous research, arrives. The study of how things develop and change must drive the even mildly curious intellect to ask why things exist at all. As Hawking acknowledges, his discipline cannot provide an answer to that “mystery” — but it forces the question.

Yet in today’s academy, metaphysics has almost disappeared. Natural scientists pay it no heed, and philosophers devote themselves to matters obscure and trivial. Theology has no significant place in the modern university. So the great mysteries — the ones little children ask their parents about — are neglected by our most sophisticated thinkers.

The philosophy of science is the name given to the study of what aspects of reality are addressed by the various scientific disciplines, and the limits of their competence. For example, mathematics is essential to understand the nature and properties of music, yet mathematics is not particularly useful in explaining the reaction of a young woman serenaded by the one she loves. Our scientists today study almost nothing of the philosophy of science. Neither do our philosophers.
We have been excerpting in these pages the latest book of Christopher Hitchens, a perfect example of someone who is intelligent but ignorant of basic metaphysics.

“Religion has run out of justifications,” Hitchens concluded in his last book. “Thanks to the telescope and the microscope, it no longer offers an explanation of anything important.”

Hawking knows better. We have very powerful telescopes, but even the most powerful cannot tell us what there was before there was anything to see. The microscope can allow us to observe the atom, but what instrument can measure love or liberty or justice?

There was a session at the World Science Festival titled, “The Limits of Understanding.” It dealt with the idea that there are some mathematical truths that cannot be proven. It is an exceedingly complex and fascinating proposition. Yet all disciplines need to know the limits of their understanding. Theology is important, but of little use in determining whether a tumor is malignant or benign. Biochemistry can tell us in exacting detail the constitutive elements of a human being, but not why he has human rights. Theoretical physics tells us marvellous things about the order in the universe, but tells us little about what is beyond physics, including the origin of that order itself.

The great mystery of why there is something rather than nothing is not one that can be solved in the way that Stephen Hawking would like. Yet the fact that he knows it remains a mystery shows that he has achieved a measure of wisdom, the search for which begins with the realization that there are realities which our eyes alone, even extended by the telescope and microscope, cannot see.
Posted by Mercury at 5:57 AM