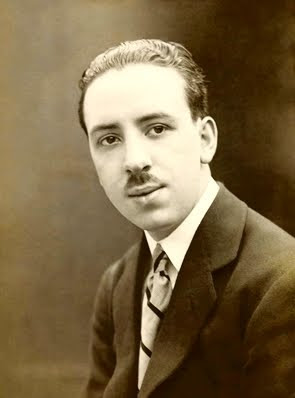 A portion of 'The White Shadow,' a 1923 silent film that's considered to be his first credit, is found in a New Zealand archive.

It's the kind of surprise the Master of Suspense would have loved.

The National Film Preservation Foundation and the New Zealand Film Archive are announcing Wednesday the discovery of the first 30 minutes of a 1923 British film, "The White Shadow," considered to be the earliest feature film in which Alfred Hitchcock has a credit.

Hitchcock, who was just 24 at the time, was the writer, assistant director, editor and production designer on the melodrama, starring Betty Compson as twin sisters — one good and one bad — and Clive Brook. "The White Shadow" will have its "re-premiere" Sept. 22 at the Academy of Motion Picture Arts and Sciences' Samuel Goldwyn Theater. The silent film will be added to the academy's Hitchcock collection, which also includes the legendary director's papers.

"What we are getting is the missing link," said David Sterritt, chairman of the National Society of Film Critics and author of "The Films of Alfred Hitchcock." "He was a creative young man who had already done some writing. We know the kind of creative personality he had when he was young and we know a few years later he started directing movies himself. What we don't know is how these things were coalescing in his imagination."

"White Shadow's" director, Graham Cutts, is described by Sterritt as a "hack" who didn't take too kindly to Hitchcock to the point that his "professional jealousy toward the gifted upstart made the job all the more challenging."

"White Shadow" was discovered in a collection of unidentified American nitrate prints that had been safeguarded at the New Zealand archive since 1989. That's when Tony Osborne, the grandson of New Zealand projectionist and collector Jack Murtagh, brought the highly unstable nitrate material to the archive. Because the archive only has the funding to restore its country's vintage films, experts couldn't spend much time with the American releases (though "White Shadow" was a British film it was released in the U.S. in 1924 by Lewis J. Selznick Enterprises). Selznick's son, producer David O. Selznick, would bring Hitchcock to America 15 years later to make "Rebecca."

"We took quite a lot of care into storing them. It was kind of an investment," said Fred Stark, head of the New Zealand archive. "We would wind through these films every 18 to 24 months, which enabled us to keep them from getting stuck, and if there were problems we were able to correct them."

Last year, the National Film Preservation Foundation, the nonprofit charitable affiliate of the National Film Preservation Board of the Library of Congress, received a grant to send an archivist down to the New Zealand archive to check out the American films in the collection. Some 75 features, shorts, newsreels and fragments were discovered last year and divided up between the academy's archive, the UCLA Film & Television Archive, the Library of Congress, the George Eastman House and the Museum of Modern Art. The biggest find in that cache was the 1927 John Ford film "Upstream," which was screened at the academy last year.

This year, the Andrew W. Mellon Foundation, which funded the first trip, gave the NFPF more funds to check out what was left. Annette Melville, head of the NFPF, noted that "it was kind of a different activity than the previous work, which had more complete films. A lot of these films will be partial films and fragments."

Nitrate expert Leslie Lewis is NFPF's Sherlock Holmes. She was the lead sleuth last year and also went through the material this time around with the help of the staff at the New Zealand archive. "We pulled a bunch of reels from the nitrate vaults and I just started going through them," Lewis said. "'White Shadow' was initially labeled 'Twin Sisters.'"

Inspecting the footage on the light table, she knew that this was a quality production because the tinted images were striking. "I went home and started poking around, did a lot of research and narrowed down the possibilities," Lewis said. "I realized that this was more like a film that Hitchcock worked on. I went to their archives the next day and used their research to pull out some contemporary reviews and summaries and confirmed it was 'White Shadow.'"

Initially, she only had two reels of the film. "But I was inspecting another reel that was just identified as 'Unidentified American film.' I put it on the table and I recognized the actors and the sets. I took dozens of photographs of each reel and then compared them [to the other two reels] and they belonged together."

Among the 60 other titles arriving soon on our shores is a 1928 two-color Technicolor short, "The Love Charm"; an early film from female director Alice Guy; a 1920 dance demonstration; and a fragment of a 1914 Keystone Kops lost comedy, "In the Clutches of the Gang." These "lost" films will be preserved by the five archives over the next three years. 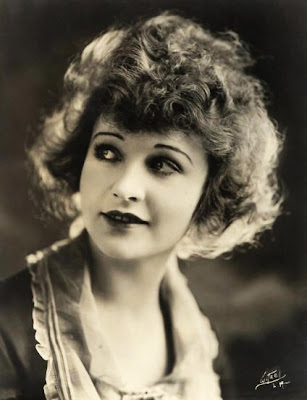 The Incomparable Compson - A Tribute to Betty Compson

When Mary Beekman, Irene Ware, loses her waitress job, after a fight with her loutish boyfriend, trucker Mike O’Reilly, Edward Gargan, she almost loses her life, chasing the windblown pay check, over the guardrail of a bridge.

Socialite Kenneth Alden, Sidney Blackmer, catches her. He’s lost everything, which isn’t already mortgaged. Both down on their luck, they assume that the other is there to jump off the bridge.

Instead, Mary has an idea. If Ken sells shares to a syndicate of his wealthy friends, in a phoney beauty product, they’ll have enough money for some clothes to pass Mary off in society, long enough to meet and marry a wealthy bachelor. Then, they can pay everyone back, with interest.

The con might work, except that Ken has too much integrity to marry for money, to Clarissa, Betty Compson; and, Mary is beginning to see his point, when she falls for Pat, Russell Hopton, who has secrets of his own.

The plot boils over when Mike shows up to blow the lid off. There’s a police chase. Mary is hauled off to the station; and, someone gets socked in the jaw.

It looks like no one is going to end up with anything, but a bad reputation; but, it’s not over yet, in this curious, romantic comedy, about the social set, in 1930’s America, from Chesterfield films.