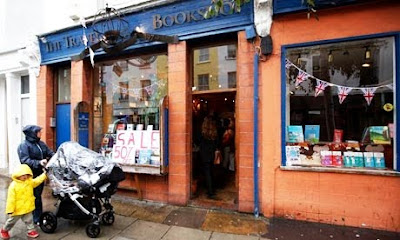 "Give bricks-and-mortar bookselling a future"

Faced with the Amazon juggernaut and high rents, bookshops are battling to survive. 'Use them or lose them' is the message

The news that The Travel Bookshop is set to close is upsetting for those who still believe in the importance of such stores, and even more so for the staff losing their livelihoods, but it's an announcement that comes after a string of closures and gloomy headlines for booksellers. Independent bookshops have been struggling for a long time now (more than 100 closed in 2009), but as the closure of Borders in December 2009 demonstrated, chain booksellers are in real trouble too. Borders' closure left Waterstone's in the perfect market position, yet Waterstone's has still had to find a foreign investor to keep trading. Faced with these kind of developments it's easy to doubt whether bricks-and-mortar bookselling has much of a future at all.

The bookshop I work at, Housmans in London's King's Cross, has been around for more than 60 years, and through that time has had several brushes with closure – to a certain extent the pressures are nothing new. An expensive libel case, and the shutting of neighbouring businesses during the King's Cross "renovation" dispute were particularly stressful periods specific to us, but all independents have had to weather the storms of the tearing up of the net-book agreement (which allowed for the heavy discounting of books by mass retailers) and the online market domination of Amazon, whose practice of price-squeezing publishers and authors has perhaps given readers unrealistic ideas about book prices.

On a day to day basis the biggest burden for bookshops is overheads, namely rates, utility bills, wages (almost always very low), and especially rent. The frankly insane rental prices in London may be great for landlords, but are crippling many small businesses, and workers alike. André Schiffrin's book Words & Money (Verso 2010) examines the crisis facing all aspects of the publishing world, and cites some interesting initiatives in France and Germany, where policymakers are agreed on the importance of bookshops as part of the wider social fabric, and have legislated for discounts in rates and rents in order to keep bookshops alive. All small businesses are suffering in the shadows of the ever-growing dominance of an oligopoly of corporate traders, but bookshops are particularly vulnerable, as the profit on each sale is so much smaller than in many other sectors.

Perhaps the bookshops themselves are partially to blame. We've been thinking hard how to turn things around, and haven't avoided being self-critical of the work we do. People have high expectations of bookshops, and we try hard to match them, and provide the services they want. Making bookshops into a hub for the community, through in-store events and outreach is essential, but even the most ingenuous transformations and improvements may not be enough when the core numbers don't add up.

On 6 October 2011 we'll be launching an initiative called the Alliance of Radical Booksellers, a loose coalition of left-leaning political bookshops from around Britain. We hope this will allow us to share ideas, support one another, and communicate better with publishers, the media, and book lovers. It's important that we get the message out that bookshops need support: "use us or lose us" is the maxim of the day. That extra help may take the form of better deals from publishers, promotions in the media, or even preferential business terms from national or local government, but the change we would all like to see the most would be more people coming through the door and enjoying bookshops and what they have to offer: hopefully good advice and a chance to browse and buy from shelves of well-selected titles in a pleasant environment. 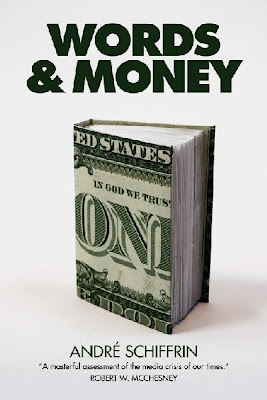 Email ThisBlogThis!Share to TwitterShare to FacebookShare to Pinterest
Labels: bookstores, The Travel Bookshop