Albert Camus and the KGB conspiracy 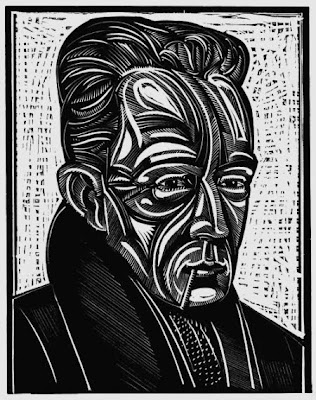 "Albert Camus might have been killed by the KGB for criticising the Soviet Union, claims newspaper"

Car crash in which French literary giant was killed in 1960 was no accident, claims new theory

The Observer
When the French philosopher, author and inveterate womaniser Albert Camus died in a car accident in 1960 just two years after winning the Nobel prize for literature, France's intellectual beau monde mourned what seemed an almost freakish tragedy.

In Camus's pocket was an unused return train ticket from his home in Provence to Paris. The 46-year-old writer had intended to travel back after the Christmas holidays by train with his wife Francine and their teenage twins Catherine and Jean. Instead, his friend and publisher Michel Gallimard offered to drive him.

Camus was killed instantly when Gallimard's powerful Facel Vega car left the icy road and ploughed into a tree. Gallimard died a few days later. As well as the train ticket, police found 144 pages of handwritten manuscript in the wreckage entitled The First Man, an unfinished novel based on Camus's childhood in Algeria and which he had predicted would be his finest work. The tragedy shocked and saddened France. But no one imagined that the crash had been anything other than an accident.

The Italian newspaper Corriere della Sera has now suggested that Soviet spies might have been behind the crash. The theory is based on remarks by Giovanni Catelli, an Italian academic and poet, who noted that a passage in a diary written by the celebrated Czech poet and translator Jan Zábrana, and published as a book entitled Celý život, was missing from the Italian translation.

In the missing paragraph, Zábrana writes: "I heard something very strange from the mouth of a man who knew lots of things and had very informed sources. According to him, the accident that had cost Albert Camus his life in 1960 was organised by Soviet spies. They damaged a tyre on the car using a sophisticated piece of equipment that cut or made a hole in the wheel at speed.

"The order was given personally by [Dmitri Trofimovic] Shepilov [the Soviet foreign minister] as a reaction to an article published in Franc-tireur [a French magazine] in March 1957, in which Camus attacked [Shepilov], naming him explicitly in the events in Hungary." In his piece, Camus had denounced the "Shepilov Massacres" – Moscow's decision to send troops to crush the Hungarian uprising of 1956.

A year later, Camus further angered Soviet authorities when he publicly supported the Russian author Boris Pasternak, a fellow Nobel laureate and author of Doctor Zhivago, a work banned by Stalin. Corriere della Sera concludes that there were enough reasons for "Moscow to order [Camus's] assassination, in the usual professional style of its KGB agents". If true, it would reopen wounds among the millions of devotees of Camus's work. At the burial of the author of L'Etranger (The Outsider), La Peste (The Plague) and Le Mythe de Sisyphe (The Myth of Sisyphus) in the Lourmarin Cemetery near Vaucluse on the Côte d'Azur, one of Camus's coffin-bearers was a celebrated anarchist. The local football team also turned out, demonstrating his status as a man of the people as well as an intellectual. Even last year, Nicolas Sarkozy, the French president, and a Camus fan, tried unsuccessfully to have his remains moved to the Panthéon, the last resting place of France's great and good.

Olivier Todd, a former BBC correspondent in Paris, whose biography, Albert Camus: Une Vie [A Life], was published in English in 2000, told the Observer that during research in Soviet archives he had not come across any reference to Moscow ordering the author's assassination. "My first reaction is that nothing about the activities of the KGB and its successors would surprise me, but this claim has left me flabbergasted. You have to ask yourself who would benefit from this coming out and why."

He added: "It's interesting and amusing and it is certainly true that KGB documentation is full of accounts of how the Soviets used the Czechs to do their dirty work. But while I wouldn't put it past the KGB to do such a thing, I don't believe the story is true."
Posted by Mercury at 5:37 AM