Good luck...just way too many issues to address 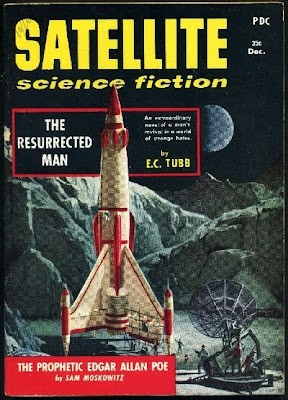 "Space travel: Finding the technology to traverse the stars"

The research-and-development arm of the U.S. military is launching a 100-Year Starship Study to find the technologies necessary for interstellar travel.

Los Angeles Times
What will it take to build a spaceship capable of traveling to the stars? And what if you wanted it to be ready to launch in just 100 years?

It may sound like the premise of a science fiction show or reality TV series. But these are serious questions being asked by the Defense Advanced Research Projects Agency, the research-and-development arm of the U.S. military.

This fall, DARPA intends to award up to $500,000 in seed money to a group that proves it would do the best job of developing the necessary technologies — whatever they may be — for interstellar travel. The proposals had better be good — if none of them are up to snuff, the agency won't hand out the money. To stimulate discussion on the research possibilities, DARPA officials will hold a symposium that brings together astrophysicists, engineers and even sci-fi writers so they can brainstorm what it would take to make this starship enterprise a success.

David Neyland, director of DARPA's Tactical Technology Office, explained in an interview with The Times the inspiration for the 100-Year Starship Study and what he expects it to accomplish.

Where did you get the idea to travel to another star?

When I came to DARPA about three years ago, I was looking for ways to inspire a new generation of scientists and engineers to become involved with research and development, like I was inspired when I was a kid. And in the course of thinking this through, I fell back on my science fiction reading heritage — to the days of reading books by people like Robert Heinlein and the story he wrote, "Time for the Stars."

In that book, he characterized an organization called the Long Range Foundation, a group of people that invested in things that nobody else would invest in. One of the things they invested in was rockets and spaceships and interstellar travel.

They became the founding fathers, if you will, of interstellar flight in that story. So I won't say that I created an idea from scratch.

There's the old Jules Verne story, "From the Earth to the Moon," which was written and published in 1865. It was actually written as a comedy, but it postulated a future in which humankind could build a giant cannon and fire guys in a container and land on the moon. That book inspired generations of folks to think about space travel. It was 100 years later when we were launching Saturn rockets and 104 years later when we were actually landing human beings on the moon.

So I thought that 100-year time frame was really good. We don't necessarily know the answers to the problem, but we do know the questions — or at least some of the questions — to ask, kind of like Jules Verne.

What's the goal of this project?

A lot of folks think that we're asking for somebody to come in with a plan on how to build a starship. That's actually the wrong answer. What we're looking for is an intuitive understanding of the process of inspiring research and development that comes up with tangible products.

"Products" doesn't mean physical products, but might be a new computer algorithm, a new kind of physics, a new set of mathematics, a new philosophical or religious construct, a new way of growing grain hydroponically. The organization needs to have the gestalt of how to inspire that kind of research.

The laser guns, faster-than-light engines and robot companions we see in movies are often inspired by far-out research like the starship program. Does it work the other way around, too?

The role that has been played by Hollywood cannot be understated. The first cellphone I had was a Motorola Startac — not because it was the best cellphone on the market but because it was like a communicator that Capt. Kirk had when I was watching "Star Trek."

Quite literally, in the Department of Defense, people have said, "Gee, that was a really cool idea. Why don't we go build that?" I want to leverage that.

What Jules Verne postulated in terms of a cannon firing people to the moon is about as impractical and unrealistic as you could get, but he inspired people to think about building space vehicles. He didn't actually ask the specific questions, much less postulate the right technologies. But he got people thinking about it. So that's the motivation of the 100-Year Starship Study.

What will we see a century from now?

In my wildest dreams, all the technologies necessary for long-duration, long-distance spaceflight. And I'm not sure that's really unreasonable.

Look back 100 years. If you could have had James Clerk Maxwell and Guglielmo Marconi and Albert Einstein sit around a lunch table in the early 1900s, they would have had all the math necessary to create an iPhone. But there's nothing that they could have done to characterize the integrated circuits, the satellites, the communication links or the Internet, to draw a plan that would have led them to an iPhone until Apple introduced it 100 years later.