Some thoughts by Sam Leith on the end of books 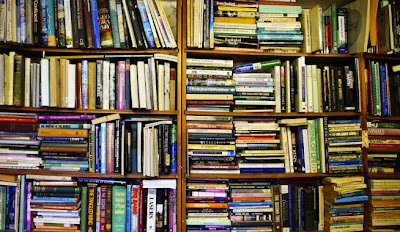 "Is this the end for books?"

Do you know what wilfing is? Have you heard of keitai shosetsus? Sam Leith on what to expect if the Kindle really does kill off the printed book

In 1996, the US computer entrepreneur Brewster Kahle set up the Internet Archive, its mission being to provide "universal access to all knowledge". This admirable project strives to store copies of every single web page ever posted: a ghostly archive of the virtual. So what are we to make of the fact that, a decade and a half later, this digital pioneer is turning from bytes to books? In what seems, on the face of it, an act of splendid perversity, Kahle has set up a series of converted shipping containers in California where he hopes to create another archive – one that contains a copy of every book ever published.

His action touches on an anxiety. Are books, like defunct internet pages, heading towards the point where they will be archived as an academic curiosity? Some think so. You won't find any shortage of people willing to pronounce the printed book doomed, arguing that the convenience and searchability of digital text and the emergence of a Kindle-first generation will render them obsolete.

Certainly, electronic books have overcome their technological obstacles. Page turns are fast enough, battery life is long enough, and screens are legible in sunlight. Digital sales now account for 14% of Penguin's business. But there are reasons to reject the idea that the extinction of the printed book is just around the corner, just as there were reasons to reject the notion that e-books would never catch on because you couldn't read them in the bath and, y'know, books are such lovely objects.

Personally, I'm still in the habit of paperbacks. Much of my professional life is spent reviewing, and I like to scribble on my books and bend the pages back. Plus I can't be arsed figuring out how to get publishers to send e-versions. But habit is all it is. I've no hostility to digital. I've spent a good deal of time with the Kindle, and it does the trick.

In some ways, though, the question of whether we do our reading off paper or plastic is the least interesting one. More interesting is what we're reading, and the manner in which we do so. A large number of literate westerners spend most of their waking hours at computers, and those computers are connected to the web. The characteristic activity on such a computer has been given the pleasing name "wilfing", adapted from the acronym WWILF, or "What was I looking for?" You work a bit. You check if it's your move in Facebook Scrabble. You get an email. You answer it. You get a text. You answer it. Since your phone's in your hand, you play Angry Birds for five minutes. You work a bit. You go online to check something, get distracted by a link, forget what you were looking for, stumble on a picture of a duck that looks like Hitler, share it on Twitter, rinse and repeat.

Sci-fi author Cory Doctorow has called the internet "an ecosystem of interruption technologies". TS Eliot's line "distracted from distraction by distraction" seems apt. Zadie Smith, among other writers, has said that the key to the sustained attention required to create a novel is to work on a computer that isn't online. You could call wilfing multitasking, or parallelistic cognitive layering – or you could call it cocking around on the web. Whatever, it's fair to wonder what, if anything, it is doing to our heads.

There are two main schools of thought. One is that modern culture is making us cleverer. In Everything Bad Is Good for You, Steven Johnson observes that IQ scores in the west are rising, and argues that pop culture – from soaps to video games to the web – is responsible. In the other corner is Nicholas Carr, author of The Shallows: How the Internet Is Changing the Way We Think, Read and Remember. He thinks the web is making us more stupid. We surf the shallows in a state of permanent distraction, and concentrate on no single thing for long enough to engage properly with it. Since much of our mental energy is spent processing the medium, little is left for the message. Carr, then, is a descendent of Plato, who mistrusted writing because he thought people would stop bothering to know anything if it was all there in books.

What both seem to agree on, however, is that a defining characteristic of digital culture is that it divides the attention. That has become a fact about the texture of our lives. We experience anxiety, fragmentation, semiotic overload. It seems logical to conclude, in that case, that books – particularly fiction – will not just be read in such an environment; they will also seek to reflect it.

Already, there's evidence of this. If it really were the case that our attention spans are shortening, you might expect to see a wholesale revival of interest in short stories, or even lyric poems, and a tendency for full-length books to shrink. But we're not seeing that. Instead we're seeing Wolf Hall, Fingersmith, The Crimson Petal and the White, The Corrections, Underworld, Infinite Jest, Tree of Smoke, and fat Stephen King after fat Stephen King.

These books may resemble 19th-century novels in size, but the pace of even the most traditional of them is faster. And in many – especially in Infinite Jest, a novel about addiction, entertainment, radioactive rodents and tennis – you can see a conscious attempt to engage with the phenomenon of information overload. You don't need to write a novel in tweets to write a novel about the experience of living in the age of Twitter.

An app for The Waste Land

But we can expect other changes. Most commercial writing is shaped by the market, and the market is shaped by the formats that have become standard; and those have been shaped by issues of portability, how wide you can make the spine without it breaking, the sizes of printing presses, and so forth.

Most novels, for example, have 300-350 B-format (ie standard paperback) pages. Deviate from this format drastically and your novel won't make it to the front tables of the bookshop. This means relatively few publishers do; and, in turn, the literary culture is shaped by that.

So, even if they now seem natural, the lengths and formats of books are but cultural accidents. If this all goes, there will be consequences for the shape, size and format of prose narrative. How far is up for debate. Fiction by mobile phone is still essentially at the gimmick stage in Europe. But in Japan, keitai shosetsu, or "cellphone novels", are composed on mobile phones and posted to media-sharing sites before being published in hardback. As long ago as 2007, keitai shosetsu accounted for four out of the top five literary bestsellers in Japan.

That's a bit ahead of us. But blogs-to-books is already a well-established pathway in the UK. Online serialisation, interactive narratives (AKA reinventing the Choose Your Own Adventure), even books written to order for subscribers are starting to emerge. Experimentalists such as Kate Pullinger – who alongside her straight literary novels has masterminded various experiments in narrative, including the collaborative online novel Flight Paths – are likely to remain marginal, but those margins are getting bigger. The boundaries of the book – as the success of apps for The Waste Land and On the Road, giving access to edits, revisions and encyclopedic paraphernalia – are becoming much more plastic, much less fixed.

There's nothing really all that new going on in kind, of course. Footnotes have always allowed you to nest one text in another; bibliographies have always embedded texts in a network of other texts; and the concordance (an index to every word in a work) looks very much like a search engine to me. But the difference in degree that hypertext (those endlessly distracting blue links) and electronic searches bring to those things can scarcely be overstated.

I remember hearing the story of the person who walked into a room and saw another man there, apparently transfixed by an object on a table. He appeared to the onlooker to be in some important way absent – there and not there, as if his soul had left his body. The onlooker, who had never seen someone reading a book before, concluded that he had been possessed.

That present-but-absent quality, the essential solitude of the experience of "escaping into a book", may no longer be the over-riding experience. The mass availability of electronic texts – infinitely reproducible and available almost everywhere – makes communal reading possible way past the book-group level. The same copy of a text can be read, annotated, and potentially even edited by any number of people at the same time.

So what we can expect from books is what the internet has always given us. More. More of everything. But what of taking in continuous prose, in the form conventionally known as "reading"? One way or another, that's here to stay. Now, if Brewster Kahle could only find me a comfy chair and some room in one of his shipping containers, I could get back on the job.