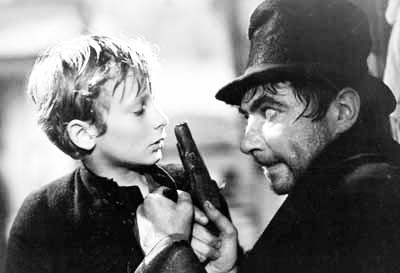 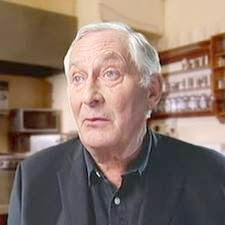 John Howard Davies, the screen's most memorable Oliver Twist, died yesterday 22 August 2011 aged 72. David Lean's Oliver Twist (1948) was Davies's first film, and he was discovered when an exhaustive search for a suitable Oliver proved fruitless, and Jack Davies, a scriptwriter and friend of Lean's, told the director that his son, then aged eight, would be ideally suited to the role. And he was. Pale, blonde, and thin, with sensitive features and a timid expression, Davies fitted the bill of the character who is described in the novel as: "A very good-looking boy. There's an expression of melancholy in his face which is most interesting." (by the undertaker Mr Sowerberry (Chapter 4)).

Davies’s performance in Oliver Twist was particularly naturalistic, partly because some of the time he wasn’t even aware the cameras were rolling, according to the revealing documentary “A Profile of Oliver Twist” found on recent editions of Lean’s film. Lean also kept Davies’s dialogue to a minimum, allowing his expressive face to do the acting. The result was a film still acknowledged as one of the greatest Dickens adaptations cinema has seen – in terms of critical prestige, its only rival for best Dickens film is Lean’s other effort, 1946’s Great Expectation.

Davies also gave a notable performance in The Rocking-Horse Winner, a very interesting 1949 adaptation of a D.H. Lawrence short story. As an actor, though, that was his peak. There was only a lead in Tom Brown’s Schooldays, in which the frail, delicate Davies was somewhat miscast, and a few minor appearances before Davies left the business altogether while still in his teens. The pressure of being a leading child star following his star turn in Oliver Twist didn’t sit well with him, and in a 2008 interview with BBC Radio 4 he candidly stated that he felt at the time that he was neither a talented enough for a character actor nor good-looking enough for a lead.