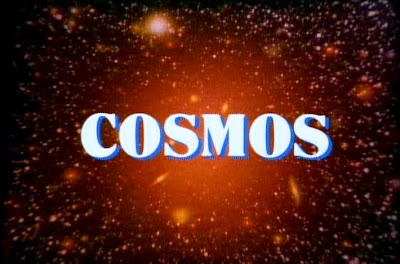 Popular science via "Cosmos" will return with a new outfit...more CGI, that is.

"Cosmos Will Get a Sequel Hosted by Neil deGrasse Tyson"

Cosmos, which originally ran in 1980 and was rerun many times over the following decade, is widely regarded as one of the first, and best, TV shows to make science accessible to everyone. You can watch the show now on Hulu, but despite its brilliance it is still a show from more than 30 years ago, and you can tell — the special effects are primitive by today’s standards, but more importantly some of the content has been superseded by discoveries in the intervening years.

So, it’s high time someone made a sequel to it, and now someone is! In partnership with Sagan’s colleagues Ann Druyan (who is also his widow) and Steven Soter, Seth MacFarlane — yes, that Seth MacFarlane — is going to produce a new 13-part series to serve as a sequel and modern update to Sagan’s masterpiece.

Taking over the hosting duties will be none other than well-known astrophysicist Neil deGrasse Tyson, who has served as host of NOVA ScienceNOW on PBS for the past five years, so he has plenty of experience making science accessible to the general public. It would be difficult to think of anyone who would be better able to succeed the late, great Carl Sagan.

The folks working on it will take their time and do it right — it’s not scheduled to air until sometime in 2013.

The producers of the show say the new series will tell “the story of how human beings began to comprehend the laws of nature and find our place in space and time.” They go on to boast: “It will take viewers to other worlds and travel across the universe for a vision of the cosmos on the grandest scale. The most profound scientific concepts will be presented with stunning clarity, uniting skepticism and wonder, and weaving rigorous science with the emotional and spiritual into a transcendent experience.”

That’s the good news. The bad — or at least, potentially bad — news is that, because of MacFarlane’s involvement, the series will air in prime time, and on Fox.

Now, in one way I’m all for showing it in prime time on a major network, because it’ll be that much more likely that people who routinely ignore the Discovery Channel, the Science Channel and, yes, PBS will actually see it.

I’m less thrilled, though, that it will have to compete with other, more mainstream prime-time shows — and it’ll be on Fox, which doesn’t have the greatest track record for giving shows a chance to pull their ratings up once they go down.

Now, maybe the fact that MacFarlane is involved — and Joss Whedon isn’t — will help. I certainly hope so.
Posted by Mercury at 6:46 AM