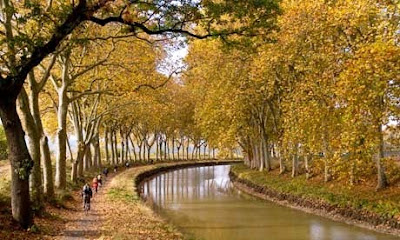 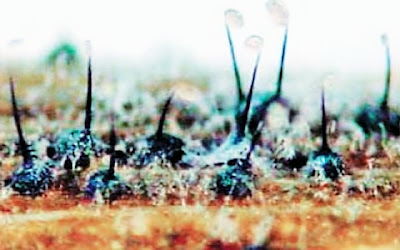 The magnificent plane trees that have lined the Canal du Midi for nearly 200 years are being ravaged by a fungus. More than 2,000 have already been felled.

For nearly 200 years, the plane trees lining the 17th-century Canal du Midi have watched over Europe's oldest, largest and most spectacular manmade waterway.

Making a tree-lined avenue of the entire 240km of Sun King Louis XIV's canal, some stand like loyal sentries guarding the dappled water. Others lean like arch-backed old men reaching across the water, their heavy foliage forming an impenetrable canopy of olive-green shade.

There are stretches of the Canal du Midi of such perfect postcard beauty they take your breath away. Little wonder that in naming it a world heritage site, Unesco declared it not only "one of the most remarkable feats of civil engineering in modern times", but a "work of art".

Now, however, the canal's 42,000 arboreal sentinels are under threat. For the past five years a fungus has been attacking the trees, spreading along the waterway that links the Atlantic and the Mediterranean, and defying attempts to cure or control it. Today, specialists say it is almost certain all the planes will have to be chopped down, burned and replaced over the next 20 years.

Sitting in his neat and airy office, just metres from the banks of the canal in, Jacques Noisette admits the prospect is "heartbreaking". Noisette, a friendly, welcoming figure with neatly trimmed white hair, has worked for Voies Navigables de France, the government organisation that runs the canal, for 21 years. He looks distraught. "When I was told we would have to cut down the trees, I was sick to the heart and sick to the stomach," he says, pausing. "You know, this is not like working on a road or a motorway. This is our canal; we feel very strongly about it and hold it in very great affection."

It is here in Toulouse, the "pink city", that the Canal du Midi starts, at the Ponts Jumeaux – the Twin Bridges. This is where, on 1 January 1667, work began to shift the first of an estimated seven million cubic metres of earth and rubble to create it.

Today, it wends through a city flanked by busy roads, hotels and housing developments, but the sunken towpath with its iconic planes and heavy whiff of honeysuckle and jasmine is surprisingly peaceful and harks back to another era, the tumbling water from the locks drowning out the noise of traffic.

Skirting Toulouse city centre, the canal meanders in a south-easterly direction through Castelnaudary, Carcassonne, Béziers, Agde, to the Etang de Thau and the Mediterranean port of Sète.

The idea of creating a waterway as a shortcut between the Atlantic and the Mediterranean had captured the imagination of successive French kings and overlords since Roman times and Emperor Augustus.

The regional route overland was slow, uncomfortable and haunted by bandits; the 3,000km passage by sea took at least a month and was also dangerous as ships descending the Spanish coast dodged storms and Barbary pirates to pass through the Strait of Gibraltar. In 1516, King François I brought Leonardo da Vinci to France to carry out a survey of a possible route, but the project was abandoned because of the apparent impossibility of finding a source of water to fill any canal.

It was more than a century later that Pierre-Paul Riquet, a wealthy salt tax collector, took up the challenge. In 1654, Riquet, then in his late 50s, drew up a plan for his canal, overcoming the water supply problem by channelling mountain streams into a reservoir. He tested his theory by digging a small-scale working model in the grounds of his castle near Toulouse. Then the real work began. At the peak of the construction, 12,000 people, including 600 women brought in to make up for a shortage of male workers, were employed.

The canal was built in just 15 years at a cost of more than 15 million livres (the currency of France until 1795). That was the equivalent at the time of buying 300,000 cows or the same number of hogsheads of strong liquor. Riquet financed the canal personally, almost bankrupting himself and his family in the process.

He died six months before the final 6km stretch of the canal was completed in 1681. When finished it boasted 91 locks, 328 bridges, dams and tunnels, and 40 viaducts.

In its citation Unesco said the canal had "provided the model for the flowering of technology that led directly to the Industrial Revolution and the modern technological age".

The plane trees were a later addition, planted in neat rows in the 1830s to strengthen the banks, offer shade to those using the waterway, and reduce water evaporation caused by the fierce Midi sun.

As they flourished, they became an integral part of the canal's beauty, and a tourist attraction when it finally ceased to be used for commercial transport in the 1980s.

However, in 2006, specialists, concerned about a growing number of sick trees, identified the culprit, the fungus Ceratocystis platani, believed to have arrived in France via the ammunition boxes of American GIs during the second world war. Noisette says experts are unsure how it has spread along the canal, but says careless boat users bumping into the trees or tying their mooring ropes to them may be partly to blame.

To date around 2,500 trees have been felled and replaced with disease-resistant planes. Suggestions that the remaining 40,000 will need to be destroyed over the next 20 years – at an estimated cost of around €210m (£180m) – have led to fears for the canal's Unesco status.

Toulouse-born Laurence Pourquier, 36, the youngest – and for a long time only – woman to hold a commercial boat pilot's licence on the canal, cannot bear to think of the trees being cut down. She grew up on the canal, where her late parents transported wine and cereals.

"The Canal du Midi is part of my life," she says sadly. "The idea of cutting down the trees is like cutting off part of myself." Her voice is hesitant and emotional. "I don't have the words to say what I feel," she says. "For me, having lost my parents, being here perpetuates my memory of them. I don't want to be anywhere else."

"I hope they're not going to cut down trees for the sake of cutting down trees. I know they say they'll replant them, but I won't be around to see them grow back to how they are now, and that saddens me."

Maréchal Vauban, one of France's greatest military heroes and a celebrated engineer who constructed hundreds of fortifications and fortresses in the 1600s, said the waterway was "without doubt the most beautiful and most noble construction of its kind ever undertaken". He added: "I would have preferred to have created it, than all that I have done and all that I will do …"

Noisette says that it is out of the question that the banks of the Canal du Midi will be left "naked". He says the destruction of the trees – to be carried out in stages every winter over the coming years depending on how quickly the fungus spreads – is unlikely to threaten the Unesco classification that helps draw 10,000 boats and up to two million visitors every year.

Having been deeply distressed at the idea of losing the 200-year-old planes, Noisette is now philosophical. "The canal is a wonder of the world, but it is not like a pyramid, it is a living thing. The way I see it, the trees are like our grandparents. Some get sick, but actually they are all coming to the end of their lives, and the new trees are like grandchildren and great grandchildren, coming through to take their place," he says.

"I have come through the desolation and physical pain I felt when the scientists told us we would almost certainly have to cut down and replace all the trees.

"I am determined they are restored for the future, so the canal retains its charm for my grandchildren and great-grandchildren. I don't want them saying: 'Why didn't they do something?' "

Now it is up to people like Jacques Noisette to save the most beautiful waterway in Europe.