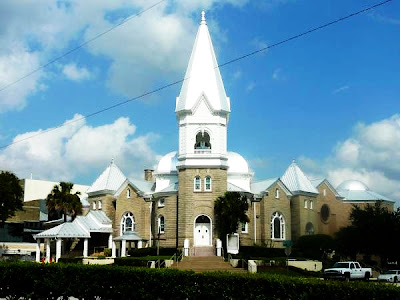 "The Increasing Obsolescence of Institutional Churches"

The Institute for Ethics and Emerging Technologies

Alfred North Whitehead, a British physicist and philosopher, argued that religious concepts must be reinterpreted in light of scientific progress. But there is frustratingly little reinterpretation going on. And what reinterpretation is occurring is proceeding too slowly to keep up with scientific and technological innovations.

In Time magazine (15 Nov 2010), Stephen Hawking answered the question, “If God doesn’t exist, why did the concept of his existence become almost universal?” as follows:

I don’t claim that God doesn’t exist. God is the name people give to the reason we are here. But I think that reason is the laws of physics rather than someone with whom one can have a personal relationship.

Physics is not the only area where religion has failed to keep up. The concept of organic evolution causes all kinds of grief to conservative Christians, who prefer a literal interpretation of the Biblical story of creation. Additionally, issues of human sexuality and sexual preference are haunting Catholics and Mormons, and threatening to cause a schism in Anglicanism.

One problem with dogmatic answers to contemporary questions is the impact they have on our young people. I have a friend whose son recently announced that he is an atheist. Part of his reasoning involves the idea that religion (or just a belief in God) and organic evolution are not compatible. He found it easier to relate to Charles Darwin’s and Richard Dawkins’ views than to those of his parents’ religion.

Not only is obsolete doctrine a problem, but meetings, masses, rites, ceremonies, sermons, etc. frequently appear more relevant for a bygone era than they do for today’s modern society. And they are frequently boring. For today’s fast-moving societies, dogmatic and ritualistic services seem to lack relevance. But if we don’t attend regular church services, where will we get our social interaction?

“Home churching” is a growing phenomenon among some Christian groups. It boils down to small, self-guided groups meeting in a home rather than in a formal church building. Their flexibility is their advantage: they can accommodate divergent time demands; they can undertake humanitarian initiatives on a short turnaround, and they can accommodate truly intelligent discussion on a wide range of present and future issues.

Additionally, Web 2.0 technologies may be making brick-and-mortar churches obsolete. In her blog The Digital Sanctuary, Cynthia Ware asks the question: “If peering, sharing, and open-source thinking become the norm and collaboration emerges as the dominant paradigm of our era, how will faith communities reflect and respond to this new world?” With the blogosphere, communities are forming that can and do deal with issues avoided in traditional religious meetings.

Hawking has discarded the idea of life after death and emphasized the need to fulfill our potential on Earth by making good use of our lives. In answer to the question on how we should live, he stated: “We should seek the greatest value of our action.”

Mormon humorist Robert Kirby has suggested that individuals do two hours volunteer work for every hour they spend in church. Perhaps he is on to something. Maybe local nongovernmental organizations (or NGOs) are the churches of the future. Maybe service to our fellow man will replace church services.

This idea does not resonate well with Glenn Beck and his ilk. Beck recently tried to convince television audiences that ‘social justice’ (the term that many Christian churches use to describe their efforts to address poverty and human rights) should not be the purview of religion. “I beg you, look for the words ‘social justice’ or ‘economic justice’ on your church Web site. If you find it, run [away] as fast as you can,” said Beck.

Many of my friends, however, seem more interested in service to humanity than they are with institutional religion and attending traditional religious services. And I don’t think this is an uncommon phenomenon.

One possible problem with this approach is that as our civilization gains in knowledge and experience, where will we get the ethical and moral component? If we don’t find this with institutional religion, where will we find it?

According to Sam Harris, we can find it in science:

Human well-being is not a random phenomenon. It depends on many factors—ranging from genetics and neurobiology to sociology and economics. But, clearly, there are scientific truths to be known about how we can flourish in this world.
Posted by Mercury at 4:07 PM