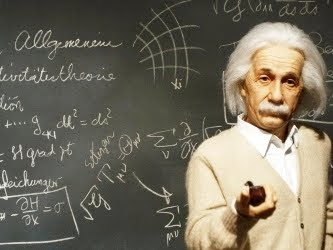 "Why is the IQ of Ashkenazi Jews so high?"

Institute for Ethics and Emerging Technologies

Ashkenazi Jews are smart. Shockingly brilliant, in general. Impressively greater in brain power than the bulk of the human population. How did they get that way?

Ashkenazi Jews, aka Ashkenazim, are the descendants of Jews originally from medieval Germany, and later, from throughout Eastern Europe. Approximately 80% of the Jews in the world today are Ashkenazim; the remainder are primarily Sephardic.

Their median IQ is calculated at 117 in From Chance to Choice: Genetics and Justice (2000), published by Cambridge University Press. This is 10 points higher than the generally-accepted IQ of their closest rivals—Northeast Asians—and almost 20% higher than the global average.

Other researchers who study the Ashkenazim have asserted an IQ number a trifle bit lower than 117, but all have agreed that these children of Abraham are on top of the IQ chart. Plus, contemplate this astounding tidbit: Ashkenazi “visual-spatial” test scores are typically lower than the norm; this means their abilities in the other two categories, language and math, are absolutely astounding.

I’m not asserting Ashkenazi cognitive specialness because I’m philo-semitic, or a Zionist, or pro-Israeli. I’m pointing it out because it is irrefutably true. People who can’t comprehend the easily understood data verifying high Ashkenazi IQ may not simply be anti-semitic; they must also be crippled in the math/logic zone of their inferior parietal cortex, with subsequent IQ in the ~85 range.

In the 19th century, Mark Twain noted that:

[The Jews] are peculiarly and conspicuously the world’s intellectual aristocracy… [Jewish] contributions to the world’s list of great names in literature, science, art, music, finance, medicine, and abstruse learning are.. way out of proportion to the weakness of his numbers. He has made a marvelous fight in this world… and has done it with his hands tied behind him.

Twain’s observation is not dated. Ashkenazi Jews have continued to mentally out-compete other demographics since his statement, often suffering horrendous consequences for their toil. Here is a brief list of Ashkenazi accomplishments in the last 90 years.

Nobel Prizes: Since 1950, 29% of the awards have gone to Ashkenazim, even though they represent only 0.25% of humanity. Ashkenazi achievement in this arena is 117 times greater than their population.

Hungary in the 1930s: Ashkenazim were 6% of the population, but they comprised 55.7% of physicians, 49.2% of attorneys, 30.4% of engineers, and 59.4% of bank officers; plus, they owned 49.4% of the metallurgy industry, 41.6% of machine manufacturing, 72.8% of clothing manufacturing, and, as housing owners, they received 45.1% of Budapest rental income. Jews were similarly successful in nearby nations, like Poland and Germany.

USA (today): Ashkenazi Jews comprise 2.2% of the USA population, but they represent 30% of faculty at elite colleges, 21% of Ivy League students, 25% of the Turing Award winners, 23% of the wealthiest Americans, and 38% of the Oscar-winning film directors.

Israel: In 1922, this swamp and desert land was inhabited by a impoverished population of 752,000. Today there are 7,746,000 residents, with an Ashkenazi majority that have elevated it into a high-tech entrepreneurial nation with the highest per capita income in the region.

Personally, I find the Nobel Prize statistic the most amazing. Consider this: if everybody on the planet was an Ashkenazi Jew, would the result be 117 times more Nobel Prize-winning caliber individuals, with 117 times as many spectacular achievements, per annum? INSTANT SINGULARITY! Without any help from AI…

Let’s proceed. With the facts I’ve laid out, only the most obtuse reader can resist the pronouncement that Ashkenazi Jews are, on average, exceptionally intelligent. I emphasize the word exceptional because I am frequently chided as an “exceptionalist” and I want to make it clear that, yes, I do, in fact, believe specific cultures have evidenced greater ability to produce exceptional individuals and exceptional societies.

That said, the important question is… Why is the IQ of Ashkenazi Jews so high? Is the reason genetic, environmental, cultural, educational? A unique combination of several?

Squeezed Into Brilliance: Jews in Europe were officially excluded from “common” occupations such as agriculture from 800-1700 A.D. This restriction forced the Ashkenazim for 900 years into intellectually more demanding vocations, such as trade and finance. Ashkenazim who weren’t mathematically and verbally adept enough to succeed in these jobs drifted away from Judaism—low IQs were pushed out. Conversely, the most successful merchants and number-crunchers raised larger families, passing on an increasing percentage of algebraic brains.

Escape Plan: The most intelligent and/or wealthy Ashkenazim were better equipped to escape, alive, the Inquisitions, pogroms, persecutions, holocausts, and other genocidal threats because they: 1) could afford to emigrate; 2) could predict the need to do so; and 3) had social and economic opportunities in the nations they fled to. Poorer, less connected, and less astute Ashkenazi ranks thus were inexorably depleted.

Sick Genius: Ashkenazim are prey to a host of debilitating diseases that might, counter-intuitively, enhance their collective intelligence. Tay-Sachs, Gaucher’s disease, Niemann-Pick disease, and Mucolipidosis type IV are all sphingolipid disorders that kill or severely weaken those who have two copies, but if you inherit just one, you get neuron growth promotion and accelerated interconnection of brain cells. A second cluster of Ashkenazi lipid storage disorders might stimulate neuron proliferation in the DNA repair genes.

People of the Book: In 64 A.D., the high priest Joshua ben Gamla insisted that Jewish fathers educate their sons in the Torah. This demanding edict reduced the Jewish population from 4.5 to 1.2 million, by pushing out the lower IQs. The remaining Jews became the first male literate ethnicity in history, with subsequent ability to move into highly-skilled professions. Judaic culture prized scholarship, abstract thought, and analytic argument, with the best Torah students marrying into the wealthiest families and having larger numbers of children.

Trading Tongues: Ashkenazi merchants plied their wares globally, from rubber in Brazil to silk in China. To prosper in the exchange, they memorized multiple languages. The stateless tribe needed diverse fluency anyway, to communicate with neighbors in their adopted lands. A “fusion” tongue was also created: Yiddish (German, Hebrew, Aramaic, plus other Slavics and a touch of Romance). Neurologists today recognize that language learning enhances memory, mental flexibility, problem solving, abstract thinking, and creative hypothesis formulation.

Check Mate: Chess historically has been a highly-favored activity among Ashkenazim; a 1905 magazine described it as the “Jewish National Game.” Almost 50% of Grandmasters have been Ashkenazi. The visual, organizational, and strategic skills required for chess build up the precuneus in the superior parietal lobe, and the caudate nucleus, a part of the basal ganglia in the subcortical region.

Great Expectations: Success breeds success, on the neurological level. Victory provides a rush of dopamine, a neurotransmitter that activates motivation for further accomplishments. Ashkenazi children understand they are capable of high achievement, and they’re obliged to develop their skills for contribution to humanity. Is stern discipline necessary to produce these results? Ashkenazim have long discouraged spanking of their children; strong familial ties, incessant encouragement, and hard focused work at excellent institutions, seems to be sufficient.

That’s the range of explanations. My opinion is they’re all possibly correct, but what most intrigues me are the “environmental” factors—factors that are accessible to all humanity.

I wonder, if the rest of the world really wants Ashkenazi-level achievement, why don’t we play chess with our children at night, instead of tossing them a violent video game? Why can’t we listen to their classical compositions on the weekend, instead of urging them to get concussions on the football field? Why can’t we provide them with excellent schools, entice them to learn oodles of foreign grammar, and convince them to believe in and expand their abilities, instead of forcing them to endure years of educational mediocrity and expecting nothing back but the same?

If all humanity adopted the best available characteristics of Ashkenazi culture, would we, as a whole, immensely benefit? Would we learn more quickly, more deeply, and produce greater wonders? Would we become over- instead of under-achievers?

If we promoted high IQ behavior to humans everywhere, globally, would we all become… enhanced? Better humans?

Actually, your 2 final questions refer to the Messianic age when this world will be enlighted by the wisdom of T-or-ah learning for all humankind.The direction of your philosophical research points rightly to the key role of ethical cognition for human advancement and you made this very clear in your article.Good luck!(Stephen Jehucal Ternyik)