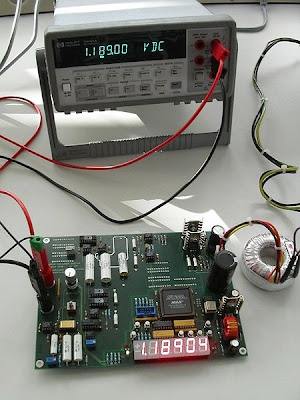 Physics Central
Part of the Omaha, Neb., airport was shut down briefly on Wednesday after TSA security screening personnel found suspicious items in a carry-on bag that belonged to someone returning home from the American Association of Physics Teachers (AAPT) summer meeting.

According to an article from the Omaha World-Herald, the Omaha Police Department's bomb squad was called to the airport's Terminal B just before noon on Wednesday to attend to a "suspicious-looking item" in a carry-on bag. Screening was halted and the B concourse was evacuated, the World-Herald said, though operations in the airport's other terminal remained unaffected.

The newspaper reported that, according to an FBI spokesperson, an Oregon college student's science project was the culprit. The student had been at the AAPT meeting and had submitted his or her project in the meeting's apparatus competition. After about two hours the suspicious items were deemed safe and the airport was cleared, but nine flights were delayed as a result.

The FBI, according to the newspaper, did not give any details about what related to the student's project appeared suspicious, but the Facebook physics community is passing around rumors about what it might have been. One friend of a friend who was at the meeting suggested that the suspicious items might have been a combination of a voltmeter (a device used to measure electricity - perhaps one like this, or like one of the two in the photo above) and a portable spectrometer (a device used to measure light - perhaps like this one).

Those items don't (to me, and likely to many physicists/lab technicians) look overly suspicious, though I suppose if you use your imagination, a voltmeter could look something like a Hollywood bomb, with it's digital screen (countdown clock?) and stray wires (used to measure volts).

The TSA web site doesn't explicitly list anything similar to a voltmeter, multimeter or spectrometer as prohibited items in either carry-on or checked luggage. In fact, the only thing that comes close (and is not allowed in either) is "Realistic Replicas of Explosives," which is still a bit of a stretch. Still, you can't blame the TSA for treating what looks to them like a weapon as a weapon.

Assuming my Facebook informant is in error, there's still no shortage of physics demo ingredients that might look suspicious. The TSA doesn't allow anything that even remotely looks like a weapon or that could be used as part of a weapon in a carry-on. This includes things like most sharp objects (scissors with blades shorter than four inches are an exception), gun powder, parts of guns and firearms, drill bits, gel-type candles, and other items that might make their way into otherwise harmless physics demonstrations.

Furthermore, the restrictions AAPT places on physics demos are few: Demos must be new, previously unpublished and not commercially available. There are no apparent restrictions on the materials used in demos.

So who's to blame for the two-hour hiccup? Ultimately, no one. For many a physicist, voltmeters and spectrometers are a part of everyday life and might not ever be considered weapon-like and therefore unsuitable for carry-on bags. That said, the TSA did their job and though the nation's air traffic was briefly disrupted, as the old saying goes, it's better to be safe than sorry.

Physicists and physics teachers meet twice a year for the AAPT meetings, where ideas on physics education are exchanged and physics teachers can check out the latest physics equipment and textbooks. This summer's meeting was held in Omaha July 30 through Aug. 3. The apparatus competition was created to find and reward new ways to teach physics through demonstrations and experiments and is held annually during the AAPT summer meeting.
Posted by Mercury at 5:37 PM