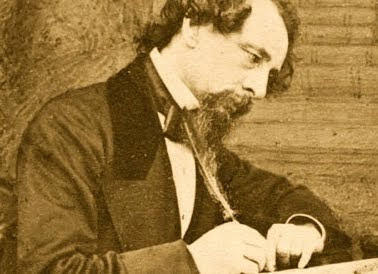 guardian.co.uk
In 1866 it was, said the Victorian actress Ellen Terry, "the thing that made me homesick for London".

For 20 years, a tuppenny weekly magazine run and edited by Charles Dickens was eagerly awaited by a readership who, each Wednesday, were given not only colourful reportage of the events of the day but also drip-fed instalments of what later became the writer's most famous books.

Modern academics hope the populist appeal of the journal – called Household Words when it began in 1850, then changed to All the Year Round in 1859 when Dickens dropped his publisher and went it alone – can be rekindled.

Volunteers have been invited to help bring all 1,101 editions into the digital age, making them accessible to an audience as wide as the 300,000 Victorians who bought the periodical weekly.

"The excitement in the sixties over each new Dickens can be understood only by people who experienced it at that time," Terry wrote in her autobiography. "Boys used to sell [it] in the streets, and they were often pursued by an eager crowd, for all the world as if they were carrying news of the 'latest winner'."

The bicentenary of the birth of Dickens is on 7 February 2012. The tiny team at the University of Buckingham hoped to have the journals online by then but, while the pages have been scanned, they now need to have the inevitable computer-made errors edited out – and for that only the human eye will do.

The sheer number of pages –30,000 – poses a problem when it comes to meeting the target date. So a call to the keyboard has gone out to all amateur copy editors with access to a computer.

"The machine-read transcripts all have to be corrected, but the cost would be substantial in these straitened times so we decided to open it up," said senior English lecturer at Buckingham, Dr John Drew. "But only 15% of the archive work was taken up, mostly by postgraduates and academics."

After having a letter published in the Guardian on Wednesday, more volunteers have come forward and almost 20% of the journals are now being edited.

In their day, these were phenomenally respected journals, carrying instalments of Great Expectations, Hard Times, North and South and The Woman in White, as well as poetry, investigative journalism, travel writing, popular science, history and political comment.

The three billion words contain both historical gems detailing the lives, the social problems and the politics of the Victorians, and a literary treasure trove of the works of Wilkie Collins, Elizabeth Barrett Browning, George Sala and Elizabeth Gaskell.

There was also unknown talent. "Wilkie Collins's brother Charlie wrote some extraordinarily vivid eyewitness accounts. He is an individual lost by history, although he married Dickens's daughter and wrote much of the magazine for the first 10 years," said Drew.

"Dickens started out as a parliamentary reporter, and the Pickwick Papers was originally a book of sartorial and amusing sketches. The fact he was writing his fiction for a weekly magazine audience is one of the reasons Dickens has survived into modern times. It is very visual work, full of imagery that translated into TV and cinema in a way that Thackeray, say, never could."

But Dickens also pursued stories other newspapers wouldn't touch – not just the conditions in mills and factories and, one of his favourite themes, prisons, but also foreign stories. He commissioned Thomas Trollope, brother of Anthony, to provide extensive coverage of the massacres of the second Italian war of independence (April-July 1859) against the Austrian empire even as Britain sat, hamstrung by royal family loyalties, on the sidelines. Its graphic accounts contradicted much contemporaneous, politely neutral coverage. "I was editing those dispatches when on the news was the debate about going into Libya and it was so interesting to have the historical context," said Drew.

One of his own favourite passages is a less dramatic event, however. "It is a vigorous report that, while remaining completely unpatronising, nevertheless makes deeply uncomfortable reading. It says as much about our current values and attitudes as it does about Victorian love of eccentricity and the [so-called] grotesque," noted Drew.

Under the headline Pursuit of Cricket Under Difficulties, Dickens wrote: "I know that we English are an angular and eccentric people –a people that the great flat-iron of civilisation will take a long time smoothing all the puckers and wrinkles out of – but I was scarcely prepared for the following announcement that I saw the other day in a tobacconist's window near the Elephant and Castle: On Saturday, A Cricket Match will be played at the Rosemary Branch, Peckham Rye, between Eleven One-armed Men and Eleven One-legged Men.

"'Well, I have heard of eccentric things in my time,' thought I, 'but I think this beats them all. I know we are a robust muscular people, who require vigorous exercise, so that we would rather be fighting than doing nothing' … Such were my patriotic thoughts when I trudged down the Old Kent Road… and made my devious way to Peckham. Under swinging golden hams, golden gridirons, swaying concertinas (marked at a very low figure), past bundles of rusty fire-irons, dirty rolls of carpets, and corpulent, dusty feather-beds, past deserted-looking horse-troughs and suburban-looking inns, I took my pilgrim way to the not very blooming Rye of Peckham.

"The one-legged men were pretty well with the bat, but they were rather beaten when it came to fielding. There was a horrible Hogarthian fun about the way they stumped, trotted, and jolted after the ball. A converging rank of crutches and wooden legs tore down upon the ball from all sides while the one-armed men, wagging their hooks and stumps, rushed madly from wicket to wicket, fast for a 'oner', faster for 'a twoer'. A lean, droll, rather drunk fellow, in white trousers, was the wit of the one-leg party. 'Peggy' evidently rejoiced in the fact that he was the lamest man in the field, one leg being stiff from the hip downwards."

Dickens did not treat the game so much as a matter of science as an affair of pure fun.
Posted by Mercury at 6:03 AM