Bizarre and quite unusual 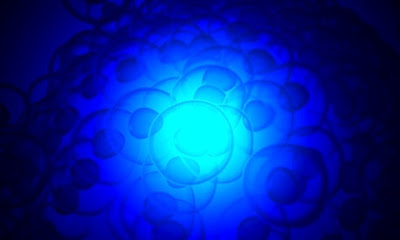 A dead girl's ovarian eggs, a sperm donor, biological father...how can the parent's decision be legitimate?

An Israeli family has been given legal permission to extract and freeze eggs from the ovaries of their 17-year-old daughter, who died in a road accident.

The ruling by the magistrates court in the town of Kfar Sava sets a legal precedent in Israel and, according to a lawyer with 10 years experience in similar cases, is possibly the first of its kind in the world.

According to the Ha'aretz news organisation, the family of Chen Aida Ayash agreed for her organs to be donated following her death a week after she was hit by a car. She was declared brain dead on Wednesday.

They also petitioned the court in Kfar Sava, where they live, for permission for her eggs to be harvested and frozen.

Ha'aretz quoted a medical source as saying the family had requested that the eggs be fertilised with donated sperm, as embryos stand a better chance of surviving the freezing procedure than unfertilised eggs, but the court denied permission for fertilisation at this stage.

Maayan Maor, a spokesperson for the Meir medical centre, Kfar Sava, confirmed that the procedure had taken place.

"This is a unique case, since this is the first time an Israeli court has approved the extraction and freezing of ovarian eggs from a dead woman," she told the Guardian.

"We don't know the reason why Chen's parents wanted it done. We just received the court order and did the procedure."

According to Irit Rosenblum, a lawyer who founded New Family, an Israeli organisation that promotes family rights, the key issue is consent. "We don't know if [Ayash] was concerned about continuation," she said adding that even though the girl was only 17, she may have expressed a desire to bear children. "If [the family] can prove the fact that she wanted children, I see no reason why not to allow this."

There have been many precedents of sperm being extracted after death to allow a dead man's widow or partner to conceive his child. Courts have insisted that petitioners must be able to show the man wanted to become a father.

Rosenblum argued that a condition of creating a child from Ayash's eggs must be that "the resulting child be brought up by his or her biological father". She said it was better for a child to know its "biological legacy" than to be created by anonymous donor sperm or eggs.

Rosenblum cited a recent case in which a couple created embryos through IVF treatment, but the woman later discovered she had cancer. Two years after her death, the man wanted to fulfil his pledge to create a child, but Israeli law meant he had to use a surrogate mother in the US. "It was the first case in the world of a child being born long after the death of its biological mother," Rosenblum said.