The "face of God" not to be revealed just now 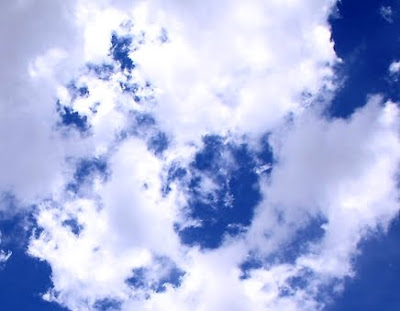 International scientists searching to solve the greatest riddle in all of physics said Monday that signs are fading of the elusive Higgs-Boson particle, which is believed to give objects mass.

Just last month, physicists announced at a European conference that a big atom-smasher experiment had shown tantalizing hints of the Higgs-Boson, as the search to identify the particle enters the final stretch with results expected late next year.

Sometimes described as the "God particle" because it is such a mystery yet such a potent force of nature, the Higgs-Boson -- if it exists -- represents the final piece of the Standard Model of physics.

"At this moment we don't see any evidence for the Higgs in the lower mass region where it is likely to be," said physicist Howard Gordon, deputy US ATLAS operations program manager.

"I think it is true that the hints that we saw in July are not as significant -- they weren't very significant in July -- but they have gotten less significant now," Gordon told AFP.

However, physicists are not ready to rule out the possibility that it exists, and atom-smasher experiments must still sift through an immense amount of data at the low-end of the spectrum, he said.

"Basically the data has increased by about a factor of two since the report from the European Physical Society meeting in July because the Large Hadron Collider is producing lots of data," Gordon said.

"I think it has always been a possibility that the Higgs would not be there but I don't think we are ready to say that at this moment."

A statement summarizing the latest data, released at a conference in Mumbai, India, said the LHC's "ATLAS and CMS experiments excluded with 95 percent certainty the existence of a Higgs over most of the mass region from 145 to 466 GeV."

CERN research director Sergio Bertolucci whether the particle exists or not, scientists expect to know more by next year.

"Discoveries are almost assured within the next 12 months. If the Higgs exists, the LHC experiments will soon find it. If it does not, its absence will point the way to new physics," said Bertolucci.

The LHC, located near Geneva, Switzerland, is designed to accelerate protons to nearly the speed of light and then smash them together in house-sized labs where detectors record the seething sub-atomic debris.

The smashups briefly stoke temperatures 100,000 times hotter than the Sun, fleetingly replicating conditions which prevailed split-seconds after the "Big Bang" that created the universe 13.7 billion years ago.

In addition to ATLAS, CERN's CMS experiment, short for Compact Muon Solenoid, is a general-purpose detector that is also searching for the Higgs boson, extra dimensions, and the essence of dark matter.

"Whatever the final verdict on Higgs, we're now living in very exciting times for all involved in the quest for new physics," said CMS spokesman Guido Tonelli.