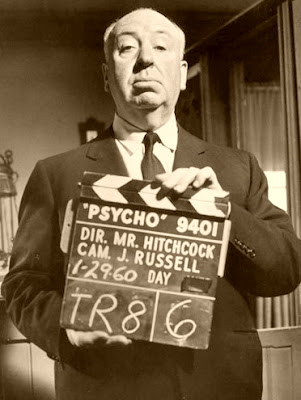 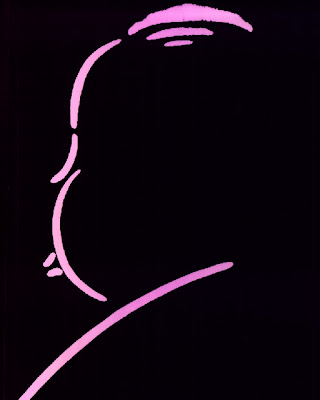 It's the birthday of director Alfred Hitchcock, born in London (1899). His father was a greengrocer, and a strict man. Once, when the five-year-old Alfred misbehaved, his father sent him to the police station and they locked him in a cell for a few minutes to teach him a lesson. Hitchcock was so terrified that he was afraid of the police for the rest of his life, and he rarely drove a car so that he could not be pulled over.

Hitchcock directed great suspense and horror films, including Rebecca (1940), Notorious (1946), Rope (1948), Dial M for Murder (1954), Rear Window (1954), Vertigo (1958), Psycho (1960), and The Birds (1963). He was a notoriously difficult director — he knew exactly how he wanted the entire film to look as soon as he and the writers had finished going through the script, and he was known to refer to his actors as "cattle." Critics have interpreted Hitchcock's behavior as a director in countless ways, writing long treatises on how he channeled his own repression, passions, and other psychological issues into his films and his treatment of his actors. But his life off the set seems to have been relatively quiet and uneventful. In 1926, he married Alma Reville, his assistant. They had a close working relationship — Alma went through every detail of each of her husband's films, pointing out whenever the dialogue sounded slightly wrong, or there was a slight flaw in the filming. Hitchcock was rumored to fall for many of his blond leading ladies, despite a lack of affection in return; and he often remarked to interviewers and friends that he was celibate, or impotent, or both. Whatever his married life was like, he and Alma were devoted enough to each other that they remained married until Hitchcock's death more than 50 years later. They enjoyed going to art galleries and dining out.

Hitchcock had a legendary appetite. He liked to say, "I'm not a heavy eater. I'm just heavy, and I eat." Apparently, shortly after Hitchcock came to America from England, he went out to New York City's 21 Club. Hitchcock ordered a steak dinner, followed by an ice cream parfait; then he ordered another steak dinner, and another ice cream; and then the entire thing one more time. At the end of his three meals and three desserts, he drank a cup of strong tea and a glass of brandy, and told his companions: "There is as much anticipation in confronting good food as there is in going on a holiday or seeing a good show. There are two kinds of eating — eating to sustain and eating for pleasure. I eat for pleasure." He had a full wine cellar in his home in Bel Air, and he had a soft spot for Burgundy wines, which is why he featured one so prominently in Notorious. Alma was a great cook, and her husband liked to help in the kitchen himself, and the couple often hosted large dinner parties. When Hitchcock received the American Film Institute's Life Achievement Award in 1979, he said: "I beg permission to mention by name only four people who have given me the most affection, appreciation, and encouragement, and constant collaboration. The first of the four is a film editor, the second is a scriptwriter, the third is the mother of my daughter Pat, and the fourth is as fine a cook as ever performed miracles in a domestic kitchen. And their names are Alma Reville."

He said, "The length of a film should be directly related to the endurance of the human bladder."