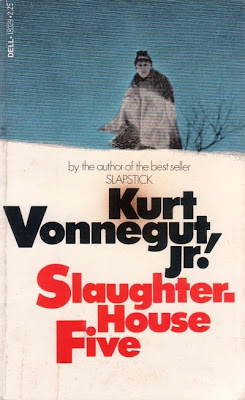 The Kurt Vonnegut Memorial Library stepped into the fray after a Missouri high school banned one of the Indiana-born author's best-known books.

The Indianapolis library plans to ship copies of "Slaughterhouse-Five" to families in Republic, Mo., who ask for them, Library executive director Julia Whitehead said Friday.

Whitehead says she's been working with the Indiana and Missouri chapters of the American Civil Liberties Union to send up to 150 copies of "Slaughterhouse-Five" to the Missouri town. Four families have requested copies of the book already, she said, and the library plans to begin mailing them next week.

Wesley Scroggins, a Missouri State University professor who home-schools his children, petitioned successfully to ban the books. Scroggins said previously that the books' content is profane and violates teachings of the Bible.

But Republic school superintendent Vern Minor said he suggested the school remove the books because they are better suited for college students.

Scroggins and Minor did not return calls for comment Friday afternoon.

"Vonnegut always thought it was important for all Americans to be able to participate in the democratic process," Whitehead said Friday. Students who are almost old enough to vote and fight in wars are responsible enough to handle Vonnegut's classic novel about war, she said.

Scroggins argued in a column in the Springfield (Mo.) News-Leader last year that Vonnegut's book mocked Jesus Christ and was filled with enough profane language to "make a sailor blush with shame."

But a story about the horrors of the fire-bombing of Dresden during World War II would be unrealistic if it didn't have graphic reactions to war and violence, Whitehead said.

"It wouldn't be realistic if it didn't have profanity," she said.

Slaughterhouse-Five [Wikipedia]
Posted by Mercury at 8:02 AM