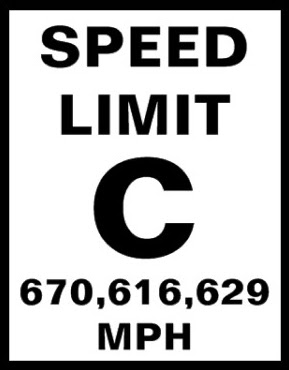 One might wish to read the following...and they don't even include the mechanical issues...

"Known effects of long-term space flights on the human body"

Although space travel looks easy on TV and in the movies, in reality it causes both short term and long term health problems for a spacecraft's most delicate cargo: its crew. On Earth, gravity is a force our bodies have to work against, which keeps our cells, bones and muscles strong. Remove the force of gravity from the equation and over the duration of a long-term micro-gravity space flight, human bodies undergo dramatic changes. That's why some experts feel artificial gravity will be necessary for the crew whenever possible during the Mars mission. Artificial gravity at even partial Earth-normal would help reduce the severity of some of the space-related health problems, and helps ensure the crew will arrive on Mars fit enough to carry out their duties there.

Yet even if the crew of the Mars mission has access to artificial gravity-conditions for at least part of their journey, they will still have to deal with many of the physiological changes that occur in space. Consider the following effects of long-term space flights on the human body and then ask yourself: would you apply to be part of a Mars-bound crew?

On Earth, the cardiovascular system circulates fluids through the body, working against gravity to prevent blood from pooling in the legs and bringing blood to the brain. In microgravity the cardiovascular system doesn’t work as hard, triggering a fluid shift. As fluids move up from the lower body to the trunk, the heart rate increases and blood pressure rises. Astronauts experience puffy faces, headaches, nasal congestion and skinny “bird” legs as a result.

Almost 40 percent of astronauts experience a form of motion sickness in space. Along with nausea and vomiting, symptoms include headaches, malaise and dizziness. Caused in part by the blood circulation changes described above, symptoms of space sickness usually subside within two or three days as astronauts adapt.

Some evidence suggests that microgravity causes astronauts’ red blood cells to change. The red blood cells appear to change shape in space, becoming more spherical, and fewer cells populate bone marrow. Cells do return to normal once back under Earth-normal gravity, however, even after a long-term mission.

Studies conducted in space and in test missions in Antarctica show that isolation and sleep deprivation may result in a weakened T-lymphocyte system, causing compromised immunity. Astronauts are more prone to infection by common and latent viruses as well as microorganisms such as bacteria and fungi. They may also experience increased allergy symptoms. Since the immune system doesn’t adapt under these conditions, the Mars crew will need to bring antiviral drugs and other medicines. Modern drugs degrade after six months though, so it is likely that the drugs’ active ingredients will have to be packed separately and be mixed on board as needed.

No longer compressed by the force of gravity, back vertebrae separate slightly and astronauts grow up to two inches taller in space. A side-effect of added height, besides shorter pants, is back aches, which scientists believe are caused by the relaxation of back muscles and ligaments. Once astronauts return to Earth, they shrink back to their former height.

Without gravity, everything in space floats. There’s no need for astronauts to walk, stand or lift in microgravity, and their muscles, particularly in their legs, atrophy. Underused, flabby leg muscles affect balance, posture and strength, and can increase the risk of tendonitis and fat accumulation. To counter these effects, which also occur to a lesser degree in artificial gravity, and to ensure otherwise sedentary astronauts will be strong and limber upon arrival to Mars, the crew will have to exercise up to two hours a day. After returning to Earth, they will undergo an extensive training program to re-strengthen their muscles.

Constant noise and irregular light patterns make it difficult to sleep on board a spacecraft. Astronauts may experience fewer hours of regular sleep and/or poor quality sleep. Combine that with the disruptions of our natural Earth day/night cycles en route and the longer Mars day (by 39 minutes) and the result is stressed and fatigued astronauts. During NASA’s Mars Exploration Rover Mission (2003), scientists and engineers working as mission control crews who lived on Mars time on Earth reported the circadian rhythm shift to be both disruptive and tiring.

Water is carefully conserved in space because the crew must carry all of their supplies with them on the long journey to Mars, and space (more precisely, mass) is at a premium on such a mission. This makes keeping clean a challenge. Mars-bound astronauts will have moist towelettes for daily scrubbing, but they’ll only be able to shower infrequently. Experienced astronauts say they create a wider buffer of personal space to keep out of odour range of their crew mates.

It takes time for the human brain to adjust to new points of reference in space. Astronauts in microgravity usually lose their sense of direction and feel uncoordinated or clumsy. Because inner ear and muscular sensors seek terrestrial clues, astronauts must learn to rely on visual cues for balance and orientation. But even visual cues can be confusing – astronauts in microgravity need to adjust to the fact that up and down don’t really matter in space like they do on Earth. Artificial gravity during space travel would definitely help with balance and orientation.

Astronauts are generally resilient when it comes to stress, but there's no question that spending more than a year in space will be psychologically difficult. Long-term isolation, monotony, limited mobility and living in close quarters with other astronauts could lead to depression, interpersonal conflicts, anxiety, insomnia and even psychosis. While astronauts on previous missions say they took comfort in the view of Earth, Mars astronauts will watch the Earth getting progressively smaller and farther away, which could intensify feelings of isolation.

Astronauts returning to Earth risk low blood pressure. A sudden reintroduction of gravity makes the blood in astronauts’ bodies rush down, resulting in dizziness and lightheadedness. Tiny muscles in veins that send blood uphill may have atrophied and can fail to push blood up to the heart. Astronauts may lose consciousness or be unable to remain standing. Low blood pressure is more severe after long missions – Mir cosmonauts had to be carried off their landing craft by stretcher. To help their bodies readjust on re-entry, astronauts can drink salt water to increase the volume of fluids in their bodies, wear G-suits (rubberized full body suits which are inflated to squeeze the extremities) or potentially use new drugs to increase blood pressure.

Weightlessness triggers the human body to excrete calcium and phosphorus (in urine and feces), resulting in rapid bone loss. In the time it takes to get to Mars and back, a crew member’s bone density loss will be equivalent to that of a lifetime on Earth. Like osteoporosis on Earth, bone loss in space can lead to fractures, weakness and painful urinary stones. The most dramatic changes occur in the heel bone, femoral neck, lumbar spine and pelvis. Exercise in space and upon return can help slow the loss, but it will take two years or more of dedicated, consistent training upon return to repair it. Artificial gravity would also serve to mitigate this problem is it is part of the mission design.

Recent research implies that gravity helps cells create patterns. In microgravity, the microtubules in developing cells might not organize the same way they would on Earth, even after the astronauts return. It is unknown how this will affect the Mars crew over the long term.

Astronauts in space experience flashes of light that seem to appear behind their eyelids. What’s actually happening is that galactic cosmic rays are slashing through their brains – retinal flashes are merely a physiological marker. Along with solar flares, these rapidly traveling rays expose astronauts to high levels of ionizing radiation. This form of radiation can damage atoms in human cells, leading to decreased immunity and a higher risk of cataracts, cancer, heart disease, damage to the central nervous system and brain damage. Long-term exposure to ionizing radiation in open space is a significant concern for the crew of the Mars mission. A number of solutions are being explored to help protect astronauts, including antioxidant-rich foods, such as blueberries and strawberries and close monitoring of radiation levels combined with the use of radiation shields.

[And sex wasn't even considered.]