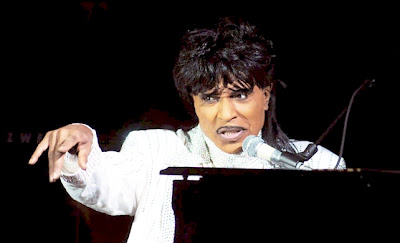 Yes, there is a lot of room for debate...Little Richard or Elvis Presley. Frankly, Elvis' creativity died after he returned from the Army. His early material from Rock 'a Billy to gospel was great but..."king of rock 'n roll"?--naw. Little Richard takes the honors.

Little Richard at a 50th birthday celebration for Muhammad Ali