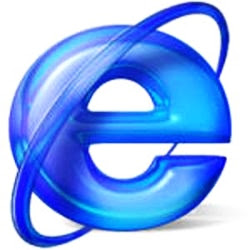 PhysOrg.com
In a study that is likely to incite controversy, AptiQuant, a Vancouver, British Columbia based Psychometric Consulting company has released a report that it says shows users of Microsoft Internet Explorer have lower Intelligence Quotient’s (IQs) than do users of other internet browsers. The company is basing its claims on scores online users received when taking the online Wechsler Adult Intelligence Scale (IV) test.

The test results were collected from over 100,000 English speaking people from New Zealand, Australia, the UK, Canada and the United States, over a span of four weeks and the score results were compared with the browser used to reach the site offering the test, which were offered free to random users.

In its report, AptiQuant describes how those that took the test found it via search engine queries or ads placed on other sites, meaning that they were looking to take such a test, and those who indicated they were under 16 years of age were sent to another site and were therefore excluded. Once logged in users were asked their age and sex and were then given the IQ test pertinent to their group.

After the four week trial period, test scores were correlated with browsers and AptiQuant says that the results very clearly show (via graph) that people who scored higher on the test were moving away from Internet Explorer to other available browsers such as Firefox, Chrome, Safari, Camino and Opera. In addition to labeling those who scored lower as less intelligent, the AptiQuant authors also suggest that such visitors were also likely more resistant to change, which they suggest would probably be the case with any other software on the market as well.

An interesting twist to the story is that a group of loyal Internet Explorer users are apparently banding together to sue AptiQuant over its report and company CEO Leonard Howard has reportedly said that his company has received a lot of hate mail as well.

Intelligence Quotient (IQ) and Browser Usage : Measuring the Effects of Cognitive Ability on the Choice of Web Browser
Posted by Mercury at 6:45 AM