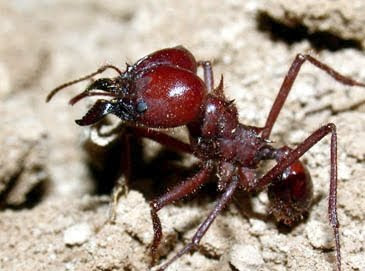 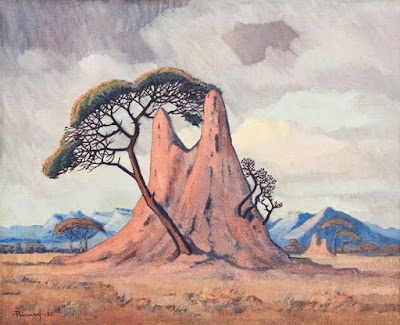 Termites are a serious problem for property owners but in nature, they do have a proper place.

USA TODAY
Forget about the big guys — elephants, zebra, buffalo. On the African savanna in central Kenya, it's really the termites that are running the show.

Four years of painstaking work by ecologists counting bugs, spiders and geckos have shown that a fungus-cultivating termite that goes by the name Odontotermes montanus creates oases of biodiversity in a dry landscape.

The termites do this by bringing sand and aeration to the area's typically compacted clay soils, allowing for greater moisture penetration. They also enrich the dirt with nitrogen and phosphorus as a byproduct of their labors, making it more fertile.

The underground termite nests, which can be centuries old, are grass-covered, treeless rings between 30 and 100 feet across, with a circle of comparatively lush acacia trees surrounding them. They attract high levels of insects, which in turn attract spiders and Kenya dwarf geckos, making for a much richer ecosystem than the surrounding plain.

In addition, the nutrient-rich soil and the plants that grow in it are "like these little supermarkets of the savanna, where there are delicious and abundant foodstuffs, so everyone comes," says Todd Palmer, a biologist at the University of Florida-Gainesville and one of the authors of a new paper on the subject. The larger animals in turn deposit waste there, making the soil even richer.

Theorists have talked for years about whether these processes result in greater biodiversity, but the researchers, whose paper is published in this week's issue of the journal PloS Biology, prove it.

"What's so great about the study is it represents some very intrepid and detailed field work," says Oswald Schmitz, a professor of environmental studies at Yale University who wrote a commentary on the paper in the same journal. "This was the first time that investigators have come together to really look at the many and complex dimensions of the story."

The scientists also studied how the nests the termites build create a gridlike array, defined by the limits of the area one nest can defend.

The research is also useful for local farmers. The termites eat only dead plant material, so it's possible to grow crops on top of them. Farmers sometimes dig up the mounds to mix the sandier, more porous soil around, but in doing so, they're actually destroying an engine of biodiversity.

"Productivity is maximized if you leave the gridlike pattern in place," Palmer says.
Posted by Mercury at 6:14 AM