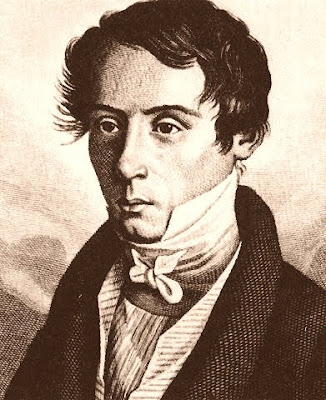 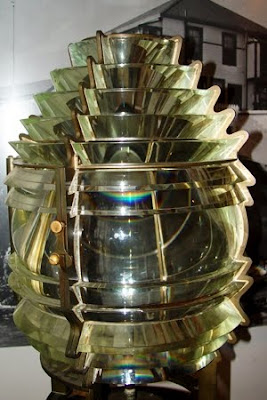 Augustin-Jean Fresnel, a French physicist and mathematician, was born May 10, 1788. Fresnel's name is well-known to physicists because of his theoretical work in optics (he was an ardent proponent of Young’s wave-theory of light), but his greatest impact may have come from a practical device he invented, the Fresnel lens. Fresnel was asked by the French government if he couldn't find some way to make lighthouses more efficient. A typical lighthouse of the day would have a kerosene flame and some sort of lens and reflector system to direct the light out to sea, but most of the light was lost, and beams were very faint. So Fresnel came up with a lens that looks like a multi-sided crystal barrel, surmounted with an elaborate crown of prisms. It was so designed that nearly every ray of light from the source is re-directed out on a horizontal path. The first Fresnel lens was installed in France in 1823, and by the 1850s they were in use everywhere. Fresnel lenses are ranked in "orders" of first through sixth; a first-order lens, the largest in ordinary use, is about 12 feet high and 7 feet wide, and sends out a beam that can be seen for over twenty miles. There are only about a dozen first-order Fresnel lenses left in the United States; each is worth millions of dollars. In my opinion, they are the most beautiful cut-glass objects ever made. Fresnel did not live to see the popularity of his invention; he died of tuberculosis in 1827, at the age of 39. 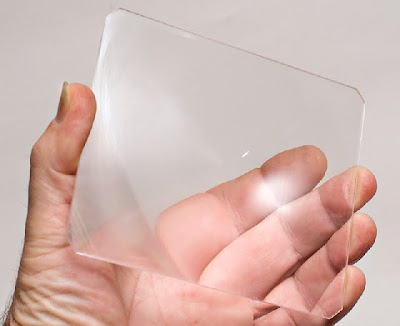 Fresnel optics were also employed in large format photography by making the corners so much brighter with no detrimental effect on the ability to fine focus. 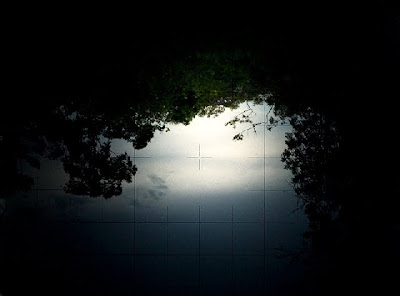 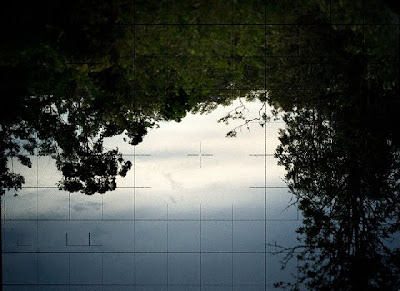 Augustin-Jean Fresnel [Wikipedia]
Posted by Mercury at 8:08 AM