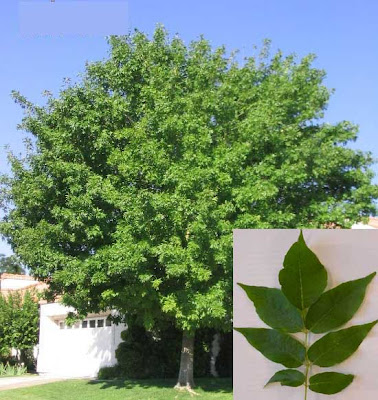 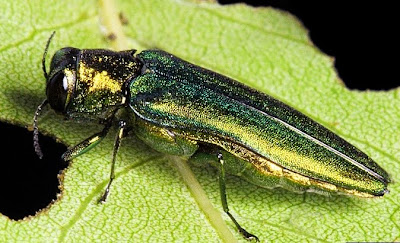 What happens when nature and man collide.

The Kansas City Star
A section of one of Kansas City’s oldest boulevards looks almost new again — in the sense that it is lacking in stately shade trees.

In a pre-emptive move, the city this spring cut down about 60 towering ash trees that once graced eight blocks of Benton Boulevard north of 13th Street. Officials acted before the trees could succumb to a dreaded scourge: the emerald ash borer.

That was just a taste of things to come. More than 40,000 ash trees line Kansas City streets, about 10 percent of the total of all street trees. When the invasive insect arrives — officials are certain it will — the city will have to move more aggressively to take down as many of them as it can.

“In the worst case, and we don’t do anything, we’re going to have tens of thousands of dead trees,” said Forest Decker, interim manager of natural resources for the Kansas City parks department. “Pretty quickly they’ll be in danger of falling on houses and falling on cars.”

And that’s just along streets.

As many as five times more ash trees are on private property. However, at least one expert said homeowners should not panic and cut them down.

According to the city’s strategy, removing trees in the public right of way before the borer arrives will reduce the burden of someday having to deal with a lot of dead trees at once. It also gets a head start on the recovery process.

The trees that were removed on Benton have been replaced with saplings of maple and other species. But to folks in the city’s old Northeast, the loss of the 50- to 60-foot-tall ash trees is a blow.

“I can understand why they did it,” said Lee Lambert, who is president of the Independence Plaza Neighborhood Association and who lives on Benton. “It just makes it look really bare. It’s probably going to be 30 or 40 years before it gets back to looking like it did.”

The emerald ash borer is an intruder on this continent, an Asian native that probably arrived in wooden packing material in the 1990s. It was discovered near Detroit in 2002 and has spread to 13 states and two Canadian provinces. It was confirmed in Wayne County in southeast Missouri in 2008. It has not been confirmed in Kansas.

The bug, a wood-boring beetle smaller than a penny, has an iridescent green back and a bright emerald-colored underside. Its larvae feed under the bark of ash trees and only ash trees. It disrupts the tree’s ability to move water and nutrients up to its branches and can kill it within a few years.

The borer has killed tens of millions of trees in North America.

“If it is not contained and managed,” warns the U.S. Department of Agriculture, “the impact … will be similar to that of the devastation caused by two fungal diseases, chestnut blight and Dutch elm disease, which destroyed dominant species of woodland and urban forests in the 20th century.”

For two years Kansas City has received $10,000 grants from the state to begin replacing ash trees on public right of way. It’s only a dent so far. The city started by removing relatively young trees downtown before tackling Benton Boulevard, where ash trees were mature and more concentrated. Ash trees are scattered along other streets and boulevards. There are a lot of them in developments north of the river.

The emerald ash borer is responsible, in part, for Kansas City adopting a new policy that no more than 10 percent of new trees planted in any area should be of a single species. The city requires developers to follow that rule as well.

Ash trees on private property are the responsibility of the owner. But one horticulturalist advises against overreacting.

“If you’re planting a new tree would you plant an ash? Probably not,” said Dennis Patton of the Johnson County Extension office. “But I would encourage people to think long and hard before removing a healthy tree just because it (the ash borer) might get your tree. It may be five years. It may be 20 years.”

Patton said people should keep their ash trees healthy and as stress-free as possible. Scientists and conservationists are exploring whether a parasitic wasp or fungi or bacteria can be effectively deployed against the ash borer.

Insecticides that can be applied around the roots of a tree or injected into the trunk with varying effectiveness.