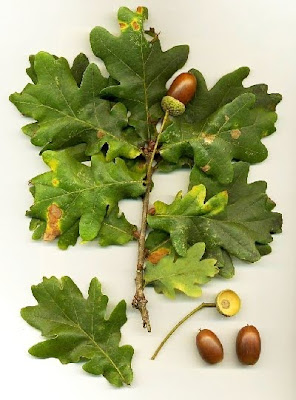 "The tree that shaped Britain"

BBC NEWS
You're a new MP. At some point after the polls closed between midnight and breakfast, your life changed and so did the country's. You couldn't be happier.

All those scandals; all those bad news stories are just so much grimy water under the bridge. From now on, a it's new day for the people's House. Time for politicians - and the voters - to hold their heads high.

Not a moment too soon you think, given the state the country's in. So when you travel up to Westminster for the new Parliament you feel the heavy weight of responsibility. Before it's in session you manage to sneak a look at the Commons.

You walk into the empty chamber and nothing has quite prepared you for the shiver; up and down the spine; the whispers of ghosts: Cromwell, Pitt, Gladstone, Churchill.

There are the rows of green benches on one of which, in a week or so, you will excitedly plant yourself. And then while you're standing there you feel enfolded by the warmth of something else in the chamber you can't quite put your finger on. Until you do. Literally.

Standing at the back, close to where you'll end up sitting, your palms rest on the oak panelling that covers the chamber: hard, plain, solid, austere, a bit like the British democracy you're now serving.

You're a bit of a history buff so you know they're not the original panels. They went up in smoke, more than once. The walls of the old Palace of St Stephen's were first consumed in the great fire of October 1834, that burned all night. Then the bombs of May 1941: another inferno.

You remember the Solomonic choice that had to be made by the firemen: save the Commons or save medieval Westminster Hall next door? No-one could bear to see the destruction of the great Gothic chamber with Richard II's hammerbeam vaulting, the most beautiful in Europe; the place where Charles I was tried.

The oak was said to have come from Thundersley woods in Essex until they found out it was really from County Galway. So there was no choice really. The Commons was allowed to expire in fiery ruin.

But the imperishable oak of Westminster Hall, that endured. After the war, the Commons panelling was restored and no-one could think of any wood of course except Quercus Robur, good native oak.

The tree is Britain, after all.

Boscobel oak, where Charles II hid from Cromwell's army after the battle of Worcester.

And the song Nelson's sailors are said to have sung at Trafalgar? "Hearts of oak are our ships, jolly tars are our men."

The wooden walls of the island realm. Still, you remember a bit of a row when they lined the walls of MPs rooms in the office block over the road, Portcullis House, with the wood that one builder had said out loud would cost "an arm and a leg"; a hundred thousand quid's worth of arm and leg as it turned out.

That wouldn't happen these days, you think. But then, with a sudden chill, you remember something else. A story that seemed to come and go from the papers, but terrible in what it reported: that a mysterious blight is attacking Quercus Robur, up and down the length of Britain.

No-one seems to know why it is happening or how to stop it, how to save infected trees. Apparently the "die-back" period (a horrible term) from the first tell-tale signs of shrivelled foliage to complete tree death is around five years: the life of a Parliament.

It couldn't be that while a new parliament is born, Britain's tree is dying, could it? And then you think of what happened, not so long ago, to the elms, victims of a blight we naturally blamed on foreigners, the Dutch and you realise it could indeed come to pass: an oakless Britain.

And that would be even worse than the disappearance of the elms. Not just the vanishing of standing timber, but the end of an ancient landscape. In your sylvan nightmare you imagine whole forests falling to pre-emptive eradication. Another terrible word. From radex: the root of things. The British woodland world uprooted from ancient soil and the national psyche.

Let's hope it won't come to that. British oaks have survived disaster before. In the early winter of 1703, the country was hit by a hurricane force storm, winds of more than 120 miles an hour, that took a week to blow itself out at the end of November.

When it was gone; the oak forests of England were on the floor. Four thousand had fallen in the New Forest alone; another 3,000 in the Forest of Dean. And John Evelyn, the Fellow of the Royal Society, whose great book Silva or a Discourse on Forest-Trees, first published in 1664, had done the most to make the connection between the oak woods and England's fortunes, stared in heartsick disbelief at the devastation.

He had spent so much of his life and effort persuading the government and great landowners not to destroy woodlands for farmland; to create protective nurseries fenced against the grazing of deer until the trees were mature enough to thrive unguarded. Not to wreck the plantation of the nation's future for quick profits in the iron forges.

Slowly Evelyn had made his case. And now he stared at the wreckage, the disheartening spectacle. It had happened at the worst time. The country was at war, fending off, as Evelyn saw it, the Catholic absolutism of Louis XIV.

Without oak for the hulls of the Navy's ships of the line, what would become of fortress England? "Sure I am," Evelyn wrote a little later, with only a year of his life remaining "that I still feel the dismal groans of our forests, that late hurricane having subverted so many thousands of goodly oaks, prostrating the trees, laying them in ghastly postures like whole regiments fallen in battle by the sword of the Conqueror.."

But if John Evelyn died thinking he had lost a battle against ferocious weather, his campaign for the oak would win a longer war. During the 18th Century, driven by the hunger for naval timber, planting began in earnest. Book after book urged landowners to do the patriotic - and profitable thing.

The very idea of Britain - a new idea - was planted with the acorns. In 1763 a disciple of Evelyn's, Roger Fisher, published Heart of Oak, The British Bulwark, in which he argued empires rose or fell depending on their abundance or dearth of the sovereign hardwood.

Even now, Fisher warned, with missionary passion, the gentry were squandering the future by leaving woodlands to be destroyed by animals protected for the hunt, frittering away the birthright of future Britons so they might fund their passions for "horses and dogs, wine and women, cards and folly".

"We are preying on our vitals," Fisher warned, "yet the bulk of the nation is insensible to it." It was left to the newly formed Royal Society for the Encouragement of the Arts to show the way, by offering prizes to those who planted most trees - supremely the oak - but also the softwood conifers used for masts.

Acorn fever took hold. The great Dukes - Bedford above all - vied for planting out acre after acre with oak. Naval officers on leave, like Collingwood, went around surreptitiously scattering acorns from holes in his breeches in the parks of his unsuspecting hosts. And the all-time champion was the lord-lieutenant of Cardiganshire, Colonel Thomas Johnes, who between 1795 and 1801 planted some 922,000 sturdy oaks.

At the height of the oak mania, the tree came to stand for the survival of liberty. They were what, in Nelson's navy, stood between Britain and Bonaparte who no-one but the most slavish admirers thought was a friend of freedom. Romantic histories told their readers that liberty had been born, not with the Magna Carta, but in the ancient oak woods where the Druids had convened their sacred rites.

Certain very old trees whose huge but blasted trunks still sprouted a bit of greenery, like the Greendale Oak and the Cowthorpe Oak, were adopted as vegetable patriarchs of the British tradition and became popular sights for patriotic tourists.

The age of steam-driven ironclads ended the romance of the oak, or at least made it less a matter of indispensable national security. What was left were greenwood memories: a sense that in the endurance of a great oak was still embedded the longevity of our British culture.

Tell me you can run your hands over the rough bark and deep furrows of an oak trunk, or set the tongue-like leaves in your hand and not feel something of our history and I won't believe you.

So let's send a post-election message to our new government, shall we? Whatever else you have to cut, don't stint funds for research that will stop oak death in its tracks. To cut that would be to cut the timber of our patrimony. And you wouldn't want to do that now, would you?
Posted by Mercury at 10:30 AM

let us all pray not so....the oak has long been the symbol of strength and from nothing....everything...but nature has the final say now does it not?...or does it?