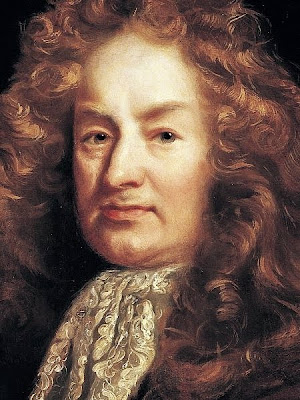 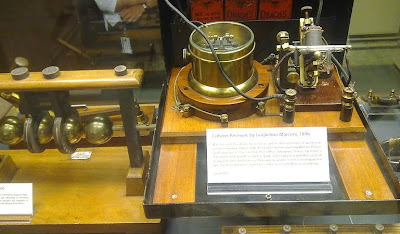 Elias Ashmole, an English alchemist and collector of curiosities and manuscripts, died on May 18, 1692, at age 74. Around 1650, he became friends with another collector and botanist, John Tradescant, and Ashmole helped pay for the publication of a descriptive catalog of the Tradescant collection, Musaeum Tradescantianum (1656). Tradescant, in return, bequeathed his entire library and collection to Ashmole, when he died in 1662. Ashmole had to battle Tradescant's wife in the courts for a while, but he eventually took possession, and between the two collections, Ashmole now had the finest museum in England. In 1677, Ashmole offered both collections to Oxford University, provided they would construct a suitable building to house them. Oxford agreed, and in 1683, Ashmole’s collections were moved in and the Ashmolean Museum opened its doors. It is the oldest public museum in Europe. The Ashmolean has since moved on to bigger quarters, and the original building, called the Old Ashmolean, now houses the Museum for the History of Science at Oxford.

The Museum of the History of Science, located in Broad Street, Oxford, is home to an unrivalled collection of scientific instruments from medieval times to the 17th century. Its collection of 18th and 19th-century instruments is also substantial. It is the world's oldest surviving purpose-built museum building.

The current collection contains around 15,000 objects from antiquity to the early 20th century, representing almost all aspects of the history of science and is used for both academic study and enjoyment by the visiting public. The museum contains a wide range of scientific instruments, such as quadrants, astrolabes (the most complete collection in the world with 136 instruments), sundials, early mathematical instruments (used for calculating, astronomy, navigation, surveying and drawing), optical instruments (microscopes, telescopes and cameras), equipment associated with chemistry, natural philosophy and medicine, and a reference library regarding the history of scientific instruments that includes manuscripts, incunabula, prints and printed ephemera, and early photographic items.

Built in 1683 to house Elias Ashmole's collection, the museum building became known as the Old Ashmolean Building (to distinguish it from the newer Ashmolean Museum building where the Ashmolean Museum of Art & Archaeology moved in 1894) and was the world's first purpose-built museum building; it was also open to the public. The original concept of the museum was to institutionalize the new learning about nature that appeared in the 17th century and experiments concerning philosophy were undertaken in a chemical laboratory in the basement, while lectures and demonstration took place in the School of Natural History, on the middle floor. Ashmole's collection was expanded to include a broad range of activities associated with the history of natural knowledge and in 1924 the gift of Lewis Evans' collection allowed the museum further improvement, becoming the Museum of the History of Science and appointing Robert Gunther as its first curator.

The collection and the building itself now occupies a special position in the study of the history of science and in the development of western culture and collecting. One of the most iconic objects in the collection is a blackboard that Albert Einstein used on 16 May 1931 during his lectures while visiting Oxford, rescued by E. J. Bowen at the end of the lecture.
Posted by Mercury at 2:27 PM