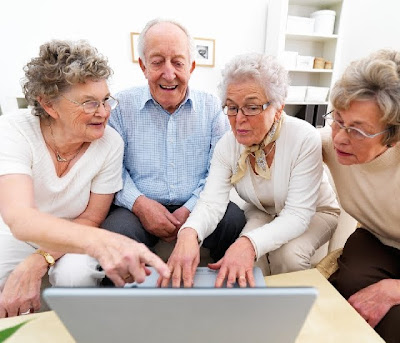 The San Leandro woman was one of about 500 students to pick up diplomas Saturday during a commencement ceremony at Mills College, an Oakland liberal arts college for women that also offers coed graduate programs.

"It's taken me quite a long time because I've had a busy life," said Soares. "I'm finally achieving it, and it makes me feel really good."

Nola Ochs (OAKS) of Kansas became the oldest when she graduated from Fort Hays State University three years ago at age 95, according to the Guinness Book of World Records. Ochs, now 98, topped that academic feat Saturday, when she received her master's degree in liberal studies from Fort Hays.

The nonagenarians are earning their degrees as the Obama administration pushes to once again make the United States the world leader in college attainment by 2020.

Born in Richmond, Calif. in 1915, Soares said she had wanted to attend college right after she graduated from Roosevelt High School in Oakland in 1932, but that was during the Great Depression.

"Unless you had some help, it would have been impossible to go to college," Soares said. "However I never lost the desire to go."

Soares married twice, raised six children and worked as a nurse and event organizer before she retired and decided to return to pursue her dream of obtaining a college education.

She spent six years taking courses at Chabot College in Hayward before earning her associate's degree when she was 85. Then she enrolled at Mills College in 2007.

"We are really amazed and very proud of my mom," said Regina Hungerford, Soares' youngest child. "The biggest thing that we can all learn is that we're never too old."

At Saturday's commencement, she was congratulated by House Speaker Nancy Pelosi, who delivered the keynote speech. She was cheered by her classmates and more than 40 family members.

Soares doesn't plan to relax now that she finally has her degree. The art history major hopes to work as a docent at a San Francisco Bay area museum.

Soares said she doesn't know the source of her longevity — no one in her family has lived as long as she has — but she believes it has something to do with eating lots of fresh vegetables.

She still drives, and she visits her doctor only once every three years to make sure she's OK. She said she doesn't take any prescription medications.

She hopes others realize that it's never too late to get a college education.

"There's no reason why you could not go back," Soares said. "Some people do give up the idea or postpone the idea. It's too late. It's too much work. They may not realize that once you try it it's exciting to go to school."