One word says it all...maybe 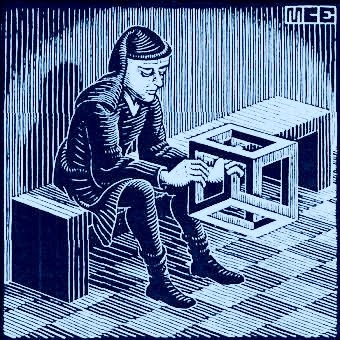 This certainly wasn't limited to Oxford. I remember some 40 years ago that the final exam question in a philosophy ethics class was the word "cabbage".

The New York Times
The exam was simple yet devilish, consisting of a single noun (“water,” for instance, or “bias”) that applicants had three hours somehow to spin into a coherent essay. An admissions requirement for All Souls College here, it was meant to test intellectual agility, but sometimes seemed to test only the ability to sound brilliant while saying not much of anything.

“An exercise in showmanship to avoid answering the question,” is the way the historian Robin Briggs describes his essay on “innocence” in 1964, a tour de force effort that began with the opening chords of Wagner’s “Das Rheingold” and then brought in, among other things, the flawed heroes of Stendhal and the horrors of the prisoner-of-war camp in the William Golding novel “Free Fall.”

No longer will other allusion-deploying Oxford youths have the chance to demonstrate the acrobatic flexibility of their intellect in quite the same way. All Souls, part of Oxford University, recently decided, with some regret, to scrap the one-word exam.

It has been offered annually since 1932 (and sporadically before that) as part of a grueling, multiday affair that, in one form or another, has been administered since 1878 and has been called the hardest exam in the world. The unveiling of the word was once an event of such excitement that even non-applicants reportedly gathered outside the college each year, waiting for news to waft out. Applicants themselves discovered the word by flipping over a single sheet of paper and seeing it printed there, all alone, like a tiny incendiary device.

But that was then. “For a number of years, the one-word essay question had not proved to be a very valuable way of providing insight into the merits of the candidates,” said Sir John Vickers, the warden, or head, of the college.

In a university full of quirky individual colleges with their own singular traditions, All Souls still stands out for the intellectual riches it offers and the awe it inspires. Founded in 1438 and not open to undergraduates, it currently has 76 fellows drawn from the upper echelons of academia and public life, most admitted on the strength of their achievements and scholarly credentials.

Previous fellows include Sir Isaiah Berlin, Sir Christopher Wren, William Gladstone and T. E. Lawrence (of Arabia). Hilaire Belloc and John Buchan are said to have failed to get in. In recent years, fellows have included a Nobel Prize winner, several cabinet members, a retired senior law lord and a lord chancellor.

In addition, two young scholars are chosen each year from among Oxford students who graduated recently with the highest possible academic results. Called examination fellows, they get perks including room and board, 14,783 pounds (about $21,000) a year for a seven-year term and the chance to engage in erudite discussions over languorous meals with the other fellows.

Those are daunting enough. But it is the one-word-question essay (known simply as “Essay”) that candidates still remember decades later. Past words, chosen by the fellows, included “style,” “censorship,” “charity,” “reproduction,” “novelty,” “chaos” and “mercy.”

It was not a test for everyone.

“Many candidates, including some of the best, seemed at a loss when confronted with this exercise,” said Mr. Briggs, a longtime teacher of modern history at Oxford.

Others found it exhilarating. “Brilliant fun,” a past applicant named Matthew Edward Harris wrote in The Daily Telegraph recently, recalling his 2007 essay, on “harmony.”

He had resolved, he said, that “No matter what word I was given, I would structure my answer using Hegel’s dialectic.” And then, like a chef rummaging through the recesses of his refrigerator for unlikely soup ingredients, he added a discussion of Kant’s categorical imperative and an analysis of the creative tensions among the vocalists in Crosby, Stills, Nash and Young (he didn’t get in).

The writer Harry Mount, an Oxford graduate and the author of “Carpe Diem: Put a Little Latin in Your Life,” didn’t get in, either. His essay, in 1994, was on “miracles.”

What was in it?

“Crying Madonnas in Ireland, that sort of thing,” Mr. Mount said. “And the battle between faith and cynicism. I was a cynic and didn’t believe in miracles, and perhaps that was bad. I had just read about Karl Popper and his theory of falsification, so I threw in a bit about that.”

Justin Walters, the founder and chief executive of Investis, an online corporate communication service company, said that writing his essay, on “corruption,” was not half as bad as the oral exam several weeks later, conducted by a long row of fellows peering across a table.

“ ‘Mr. Walters, you made some very interesting distinctions in your essay. Are you prepared to defend it?’ ” he remembered one of the fellows asking. Unfortunately, he had only a vague recollection of what he had written. “You’re the teacher — you figure it out,” he recalled thinking. (He must have done something right: he got in.)

Sir John, the current college warden, has worked as the Bank of England’s chief economist and been president of the Royal Economic Society, among other jobs. He draws a self-protective veil over the memory of his own essay, in 1979, on “conversion.”

“I do shudder at the thought of what I must have written,” he said.
Posted by Mercury at 6:46 AM