Sabbatical...almost a thing of the past 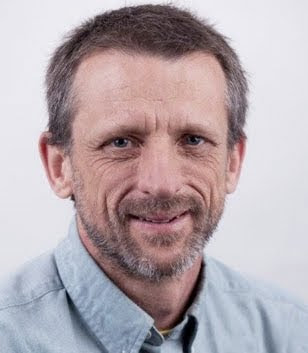 One doesn't hear much about these opportunities anymore...the wonderful sabbatical offered to special professors.

Indiana University Press Release
BLOOMINGTON, Ind. -- Colin Allen, a professor in the Department of History and Philosophy of Science and the Cognitive Science Program at Indiana University Bloomington, has received a Humboldt Research Award, allowing him to spend much of the next year on research activities in Germany.

The award is presented by the Alexander von Humboldt Foundation, which promotes collaboration between scientists from Germany and other countries. Each year, the foundation grants up to 100 Humboldt Research Awards to internationally renowned researchers and scholars.

Humboldt Research Award winners are invited to conduct research of their own choosing in Germany in collaboration with a specialist colleague. The award amount is 60,000 euros (about $80,200).

"This prestigious award recognizes Professor Allen's path-breaking work in the philosophy of biology and cognitive science, which has also enjoyed support from the National Endowment for the Humanities and the National Science Foundation," said David Zaret, interim dean of the College of Arts and Sciences, which includes both History and Philosophy of Science and Cognitive Science.

Allen will spend up to eight months of the coming academic year in Germany, where he will be a guest of and collaborator with Albert Newen, a professor at Ruhr University Bochum, and will participate in a working group led by cognitive scientist Andreas Bartels. He will serve as a panelist in August at the European Society of Philosophy & Psychology meeting in Bochum and will participate in a workshop in September in Bonn. He will work on drafting a new book on animal cognition.

The Humboldt Research Award is granted in recognition of the academic achievements of researchers whose fundamental discoveries, new theories or insights have had a significant impact on their disciplines and who are likely to continue producing cutting-edge research in the future.

Allen directs the Indiana Philosophy Ontology (InPhO) project, which in March 2009 was awarded a $400,000, two-year grant from the National Endowment for the Humanities to create interactive, digital tools to help students and scholars explore the discipline of philosophy. He also is associate editor of the Stanford Encyclopedia of Philosophy and of Noesis: Philosophical Research Online.

i would turn these sabbaticals down like a true intellectual....to work with the peasants....ahhh nothing like bending over in the rice fields...smelling humanity toil...this is the true pursuit of the proletariat....ahhh does that include coeds and a bar bill...just asking